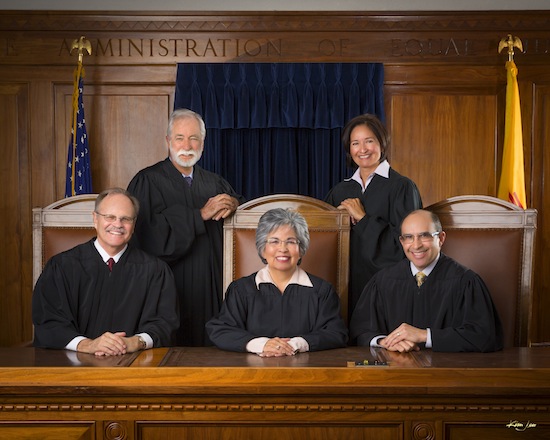 The New Mexico Supreme Court ruled in a unanimous decision Thursday that a wedding photographer who refused to provide services to a same-sex couple violated the state’s Human Rights Act.

“[W]e conclude that a commercial photography business that offers its services to the public, thereby increasing its visibility to potential clients, is subject to the antidiscrimination provisions of the [New Mexico Human Rights Act] and must serve same-sex couples on the same basis that it serves opposite-sex couples,” the state’s highest court ruled. “Therefore, when Elane Photography refused to photograph a same-sex commitment ceremony, it violated the NMHRA in the same way as if it had refused to photograph a wedding between people of different races.”

An investigation by the state Human Rights Commission that found the company was guilty of discrimination based on sexual orientation was upheld by the New Mexico Court of Appeals in June of 2012.

In its decision today, the New Mexico Supreme Court ruled that the state’s Human Rights Act, which was amended in 2003 to add “sexual orientation” as a class of people protected from discrimination, does not violate free speech because it does not compel the photographer to either “speak a government-mandated message or to publish the speech of another.”

“The purpose of the NMHRA is to ensure that businesses offering services to the general public do not discriminate against protected classes of people, and the United States Supreme Court has made it clear that the First Amendment permits such regulation by states,” the decision states. “Businesses that choose to be public accommodations must comply with the NMHRA, although such businesses retain their First Amendment rights to express their religious or political beliefs. They may, for example, post a disclaimer on their website or in their studio advertising that they oppose same-sex marriage but that they comply with applicable antidiscrimination laws.”

In a statement, Louise Melling, deputy legal director of the American Civil Liberties Union, which filed an amicus brief in support of Willock, said the ruling was in line with guarantees made in the Constitution.

“When you open a business, you are opening your doors to all people in your community, not just the select few who share your personal beliefs,” Melling said. “The Constitution guarantees religious freedom in this country, but we are not entitled to use our beliefs as an excuse to discriminate against other people.”