I finally get it, America.

For years, as a Brit, I watched from across the Atlantic as you super-sized everything — cars, buildings, waistlines — and waited as similar trends occurred in Britain. The buildings and obesity came, but one of that trio did not — the cars. As Detroit followed a mantra familiar to many of us, that bigger is better, in Europe smaller became the norm. Superminis, as we call sub-compacts, are an ubiquitous sight on Britain’s roads, honed and developed over the past decade to provide a driving style and level of comfort equal to many bigger vehicles on the road. Take a look at the new Fiesta for an example of a small car living outside its limitations.

Ford, GM and Chrysler continue to pump steroids into their autos — the Ford Expedition, Lincoln Navigator, the Cadillac Escalade, et al — full-size SUVs with 7, 8 or 9 seats, V8s, and dimensions that manage to make a Range Rover seem positively dainty. In Europe, the Range Rover is one of the largest cars available to buy, in a size-class with Audi’s Q7, Land Rover’s LR4, Mercedes’ GL-Class and others, but even these are dwarfed by some of the vehicles rolling out of factories in the states. In Britain, I would read about them with morbid curiosity, simultaneously dazzled and dumbfounded by these land barges, created to carry as many people in as much space while draining as large a quantity of fuel as possible.

As environment campaigners screamed bloody murder over the proliferation of SUVs and large gas engines, to see such excessive, overreaching vehicles across the pond was almost obnoxious in my home country, where diesel engines outsell gas and Greenpeace members damage large SUVs parked on the streets of London and other cities. (Seriously, they do this. It’s ridiculous.) I was fortunate enough to review Mercedes’ GL450 in Los Angeles, and the thought of such a large car with a gas V8 is bizarre to someone used to high-capacity diesel engines being an accepted norm. 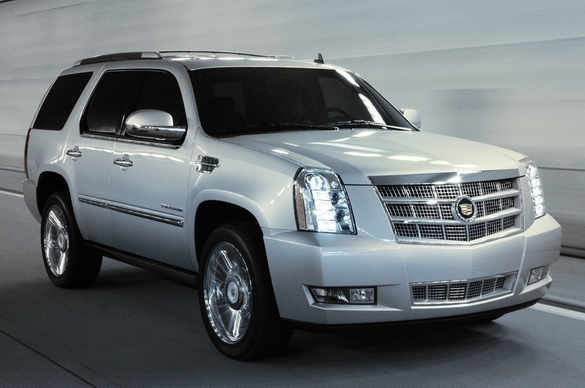 However, part of me has always wondered what it would be like to own one of Detroit’s largest, with one of their largest engines. What compels owners to go full-size rather than opt for something smaller? Why choose a Chevy Suburban when you can have a smaller, more efficient car that carries the same number of people? Well, on a recent short vacation to Florida, I accidentally answered my own questions. Visiting five friends, I decided to rent a car big enough to take all of us to the requisite theme parks we would be visiting. Looking through the options, I ignored the minivan that my brain told me was the sensible option, and opted for an SUV with 7 seats — a Chevrolet Tahoe or similar, which is hardly a small car. As fate would have it, though, when I reached the garage, none were available. What was? The next class up — in my case, a white, 2013 GMC Yukon XL.

It was, without any doubt, the largest car I have ever driven. My brain struggled to take in the mass of metal in front of me, but, after walking around it’s sides several times — which took longer than you’d think — I clambered aboard, adjusted the seat, and started the 5.3-liter V8. Moving it out of the space, and through the narrow garage, nerves kicked in — it’s too big, it’s too wide, it’s seriously too damn big — but I continued to the freeway.

As soon as I did, I got it. Instantly.

The driving position is imperious. You sit, above most other traffic, able to see all around and straight to the horizon. It’s a commanding, invigorating, powerful feeling to be able to peer down at drivers in lesser vehicles, to control so much space in your given lane, to know that you can see accidents, lane changes and any other trouble up ahead long before most other drivers. Similarly, merging, changing lanes, negotiating traffic all becomes a power-trip — you’re the bigger car, all others must yield to you as you pilot your castle on wheels into the next lane. The big, chunky controls, the large greenhouse, the vast, spongy seats, the power of the V8 rumbling under the hood — it cossets you, disconnects you from the driving experience. Switch cruise control on, turn up the stereo, relax and cut yourself off from the outside world as you navigate through the plebeians in their compacts and sedans. 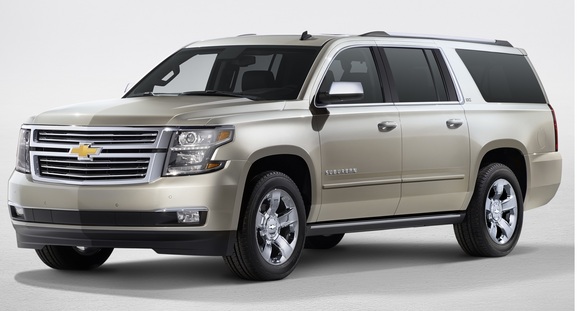 With friends aboard, everyone marvelled at the space. Each had an armchair; shoulder room, legroom and headroom all in abundance. In a car that big, they felt like a VIP, able to enjoy the privilege of such height and space as much as I did. Arriving at restaurants, theme parks, even Walmart, filling a parking space and jumping down from your seat, you feel like you’ve made a much grander entrance than you would in a Dodge Caravan.

It’s not a perfect experience — show it a corner and the Yukon will roll like a cruise ship, as will most in this class of car. The interior is still miles behind the Europeans and Japanese in quality — Cadillac seem to the only Detroit company really nailing this. And then, of course, there’s the fuel economy. I have never witnessed such a thirsty vehicle, and the same is true for all cars this size. Stick a big V8 in a heavy, AWD car and it will drink fuel. On the short drive from Orlando International to Kissimmee, it drained a gallon of fuel. In 14 miles. Ouch. Then there’s the other costs — those large tires, any repairs, services and other such expenditures will all be significant for a vehicle this big. Heck, even buying car shampoo will cost as you’ll need so much more.

Ultimately, though, I was sad to hand the Yukon XL back — and I can’t really explain why. As a purchase, it would make no financial, environmental or comparative sense. Land Rover’s base LR4 has an MSRP only a few thousand more than the Yukon, will go further off-road, drive better on it, and has a much nicer interior. GMC’s own Acadia can be had for the same price in high-spec Denali trim, and offers lower running costs, a better drive, and seating for 8, albeit with less space. I could never justify a purchase to a city dweller, the Yukon XL and cars like it are just too big and unwieldy to live solely in a city. Similarly, I couldn’t justify the purchase to Greenpeace, the WWF, or Al Gore.

That said, there is something intoxicating about it. Owning a car the size of the XL is like an elixir, one which isolates you in your own powerful cocoon, high up from the road and other drivers, offering a powerful V8 surge with every squirt of the gas pedal, letting you drive through rain and snow, and even take you off road should the mood call for it. It’ll take 8 people in relative comfort anywhere, and everyone will feel like they matter when they get out of it. It’s an obnoxious purchase — a space-hogging, fossil-fuel drinking two-finger salute to a world that is downsizing and economizing. It gives its owners a place to feel like they matter, to feel powerful. It is, as it consumes your entire driveway, a way to tell people that you don’t care what they think, that you’re going to have the most excessive, most improbable vehicle you can get. And you’re going to love every minute of it, costs and common sense be damned.

I completely and utterly get it.

Rhuaridh Marr is Metro Weekly's managing editor. He can be reached at rmarr@metroweekly.com.
← Previous Story Volkswagen e-Golf is the people’s electric car
Next Story → NYC motorcyclists chase down and assault driver after accident