By Justin Snow on September 9, 2013 @JustinCSnow

Same-sex marriage supporters are adopting a new approach to securing marriage equality in Ohio, they announced Monday. A new campaign backed by some of the nation’s largest LGBT-rights organizations will not seek to pass a ballot initiative or take the case to court, but educate Ohioans on the inequalities faced by same-sex couples in the state. 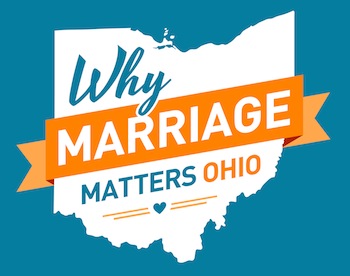 Why Marriage Matters Ohio is a grassroots public-education campaign meant to sway public opinion in the Buckeye State in favor of marriage equality. Founded by Equality Ohio Education Fund, Freedom to Marry, the Human Rights Campaign Foundation and the ACLU Foundation of Ohio, organizers say the campaign’s work will be crucial for their broader roadmap for success.

“Why Marriage Matters Ohio aims to encourage neighbor-to-neighbor conversations across the state, inviting people to talk about their own individual journeys toward support of the freedom to marry and their values of respect for commitment and treating others as we’d all want to be treated,” said Evan Wolfson, the founder and president of Freedom to Marry, in a statement.

Appearing to adopt a page out of the strategy book that has seen the number of states permitting same-sex marriage grow to 13, plus D.C., the campaign seeks to open hearts and minds by sharing the stories of same-sex couples.

“Personal stories are the best conversation starter – and conversation is the best way to help people understand that all loving and committed couples in Ohio, gay and non-gay alike, should be able to share in the freedom to marry and the security and meaning marriage brings,” Wolfson added.

The announcement of the campaign comes as polling has shown growing support for extending the right to marry to same-sex couples among Ohio voters, who approved a ban on same-sex marriage less than a decade ago. An April Quinnipiac University survey conducted shortly after Ohio Sen. Rob Portman became the first Senate Republican to endorse marriage equality found a narrow majority of Ohio voters support marriage equality, 48 to 44 percent. A poll conducted last month by the Public Religion Research Institute found Ohio voters evenly divided, 47 percent to 47 percent.

“In the coming months, Why Marriage Matters Ohio will run a grassroots campaign unlike anything Ohio has seen before – and together, we’ll grow and solidify majority support for the freedom to marry,” wrote Elyzabeth Holford, executive directorof Equality Ohio, in a blog post announcing the campaign’s launch.

The announcement comes after a rift in June between national LGBT groups and an Ohio group backing marriage equality following the release of an “unapproved statement” setting 2014 as the year an amendment permitting same-sex marriage would be brought to voters. FreedomOhio co-founder Ian James faced pushback for setting that date from many of the same organizations backing the grassroots campaign announced today, who said the primary focus should be turning the tide of public opinion before announcing a ballot initiative.

As advocates take their case to Ohio voters, the marriage battle continues to play out in the courts. In July, U.S. District Court Judge Timothy Black ordered Ohio state officials to recognize the marriage of a same-sex couple wed in Maryland on the death certificate of one of the two men currently in hospice care. Last week, Black ruled similarly in the case of another Ohio same-sex couple married in another state.