By John Riley on October 29, 2013 @JohnAndresRiley

The National Organization for Marriage (NOM), a primary group leading the opposition to marriage equality, is going all in for Ken Cuccinelli with a week to go until Virginia’s 2013 elections. 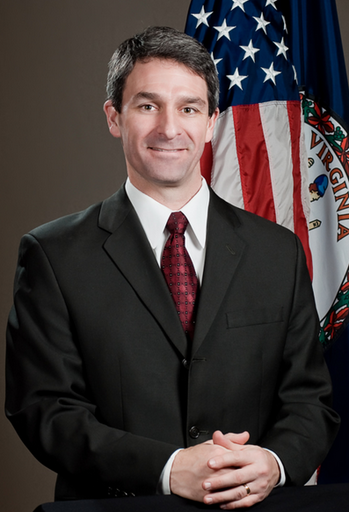 In a Tuesday email blast to supporters, NOM’s president, Brian Brown, implored opponents of same-sex marriage to support Cuccinelli by donating to his campaign. Calling Cuccinelli’s Democratic opponent Terry McAuliffe a “Clinton crony” and “an ardent pro-abortion, pro-marriage-redefinitionist,” Brown sought to rally social conservatives around Cuccinelli’s candidacy and argue that the conservative firebrand attorney general can still be victorious.

“Many of the polls show that McAuliffe leads Cuccinelli by 7-8 points, but that’s a close race in an election like this,” Brown wrote in his email. “Historically, turnout in an ‘off’ year election consists of older, more conservative voters who can be expected to support Cuccinelli in larger numbers. But whether Ken Cuccinelli was ahead by 7 or 8 points, or behind by 70 points, NOM would be proudly supporting him regardless. Why? Because Ken Cuccinelli is a man of principle.”

“I’ve had it with politicians who tell us one thing when they are being interviewed or completing a candidate questionnaire, but then when the pressure is on can’t be counted on to keep their word,” Brown said in a statement that could be interpreted as a swipe against Democratic and Republican lawmakers who switched their votes to allow same-sex civil marriage in several states such as Maryland, Rhode Island or Minnesota. “Ken Cuccinelli is a trusted leader who will stand for the truth of God’s design for marriage no matter the season. He knows that children have the best opportunity to thrive when they are raised in a loving home by a mother and a father. He knows that marriage as the union of one man and one woman has served society well for thousands of years. And he respects the voices of Virginia’s voters, who overwhelmingly approved the state’s marriage amendment back in 2006.”

Brown accused McAuliffe of dodging questions about marriage equality, instead resorting to telling voters that expanding marital or civil rights to same-sex couples – which could only occur if McAuliffe were able to convince the General Assembly to reverse the existing state constitutional ban – is not a major priority for him. Brown also managed to get in a dig at former President Bill Clinton while criticizing McAuliffe for being against gay marriage before supporting it, saying, “I though we were done with ‘Slick Willie’ back in the ’90s.”

In the email, Brown also praised lieutenant governor candidate E.W. Jackson, calling him a “man of faith” and a “brilliant and highly regarded conservative leader.” Brown told NOM’s supporters that “this drives the left batty, because Dr. Jackson is also African American. The left can’t stomach the idea of an African American conservative, especially one who is as knowledgeable and persuasive as Dr. Jackson.”

“If Ken Cuccinelli is able to pull out a victory with our help, it will be impossible for the media to make the claim that only moderate or liberal Republicans like Chris Christie can win election,” Brown said. “But if Cuccinelli is not successful and Christie is, the media spin will be unrelenting. We’ll have months of hearing from media such as the New York Times and people like Karl Rove – who lost virtually every election he was involved with in 2012 – about how the GOP must ‘moderate’ its views on social issues like marriage and life if Republicans are to win.”

Brown’s attack on national Republicans echoed statements made by Maggie Gallagher, a former president of NOM and senior fellow at the American Principles Project, a conservative think tank championing the passage and implementation of legislation on a host of issues ranging from monetary policy to opposition to abortion to opposition to same-sex marriage. Gallagher wrote an Oct. 17 op-ed published in The Washington Post that urged Cuccinelli to embrace his previously vocal opposition to abortion, arguing that the “conventional wisdom” that Republican politicians should avoid social issues while campaigning simply “demoralizes the GOP base and makes it hard for the grass roots to care about Republican candidates.”

A spokesman for the Human Rights Campaign, the nation’s largest LGBT civil rights organization, which has previously endorsed McAuliffe and other Democrats running for office in Virginia and is working on behalf of those campaigns through canvassing and voter outreach, pushed back against NOM and Cuccinelli’s record of opposing LGBT rights.

[Photo: Ken Cuccinelli (courtesy of the Office of the Attorney General).]