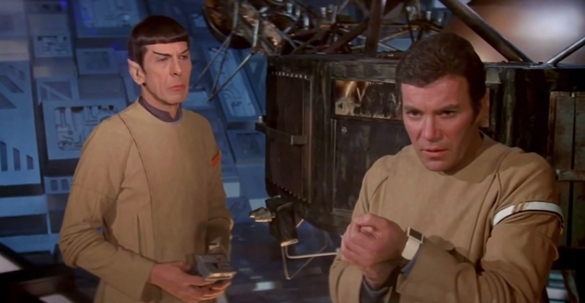 Whether a child of the ’60s, ’70s, ’80s or ’90s, Samsung is here to use your fondest memories to help make you want its new Gear smartwatch. In two new advertisements, Samsung uses, amongst others, Dick Tracy, The Jetsons, Thunderbirds, Inspector Gadget and even the Power Rangers as they place the Gear as the spiritual successor to every film and TV wrist-based device.

They’re classic scenes that every geeky kid wanted to emulate — Kirk talking to the Enterprise, Michael Knight relaying instructions to Kitt, Dick Tracy furiously shouting into his Wrist Radio — all through a wrist-based device. That nostalgia is what Samsung is hoping to capitalise on with its ads, and to some extent they succeed. I have no interest in the Gear, but after watching both ads even I was thinking “That would be so cool.”

The problem? The Gear has limited battery life, limited functionality (though this should improve in the future) and will only work with the Galaxy Note 3 and Galaxy Note 10.1 2014 Edition, at least until the Galaxy S3, S3 and Note II are updated to Android 4.3.

So, great ads, average product. Capitalism, people! Enjoy both adverts and remember that Sony makes a much slicker and more widely supported alternative, and Apple is cooking its own wrist-based device in Cupertino.

Rhuaridh Marr is Metro Weekly's managing editor. He can be reached at rmarr@metroweekly.com.
← Previous Story Dell’s XPS 15 is a Windows-running MacBook Pro starting at $1,500
Next Story → Apple confirms October 22nd event — they “still have a lot to cover”