As gay-rights victories continue to pile up, we sometimes forget that discrimination and hate are far from over

Clichés get a bad rap because they beat dead horses until the cows come home with all the originality of the wall of books Barnes & Noble shelves under the label “Teen Paranormal Romance.” Yet for all our railing against clichés, they’ll never leave our day-to-day lives of speaking and writing, because clichés are comforting. They give us metaphorical shortcuts to quickly convey our feelings without needing the skills of a literary master. And they’re comforting because they tell us things we believe in language that feels cozy and familiar.

This isn’t always a bad thing, even if your boss who exhorts the staff in every meeting to “think outside the box” is working your last nerve. The need for communication among colleagues, friends and family generally trumps fine artistic expression. 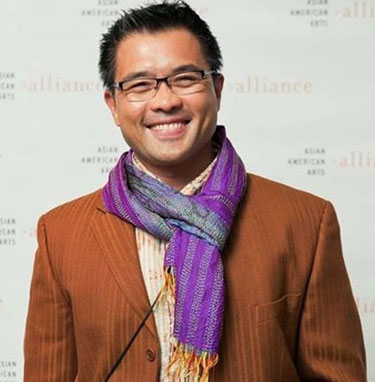 But because they are comforting, clichés can hide more than they reveal.

Right now, the biggest cliché in the gay community is more an idea than a specific phrase, but it can be boiled down to: “We’ve won. The rest of the world is just catching up.”

This is an easy one to fall into since, like most clichés, it’s built around a fundamental truth: Full legal equality for gay, lesbian and bisexual people will arrive in the very near future (though sadly it looks like transgender people will end up waiting longer). The dominoes have fallen at a faster clip than anyone expected. In less than 10 years we’ve gone from a presidential campaign built around constitutional amendments banning same-sex marriage to a majority of Americans supporting marriage equality to a nationally televised mass wedding of gay and straight couples at the Grammys (which sparked both entertaining apoplexy from anti-gay activists and eye-rollingly inane analysis from some gay writers).

The problem is that the comforting cliché threatens to mask an uncomfortable truth: A significant portion of the world has no desire to catch up. I know this intellectually, but living in my cocoon of gay-affirming career, family and friends I can sometimes forget — until reality reminds me that I should be very uncomfortable.

A mild reminder came this January when I found myself without health insurance for the first time in more than two decades. I’d been on my husband’s health insurance; when he switched jobs we expected that would continue. Turns out the first company he’s working with for the next few months only allows a spouse in a marriage legally recognized in Virginia to join in his health insurance.

I’d gotten comfortable. I forgot there are people who don’t want or don’t bother to catch up.

A more horrifying reminder came in the past few days when news broke that a friend of mine, Randy Gener, was beaten on a New York City sidewalk just steps from his home, where he was left with traumatic injuries requiring brain surgery. I’ve written and edited too many stories and columns about victims of brutal hate crimes, so I know how to disengage myself to get the job done. It’s much harder to disengage when you see a news photo of someone you care about lying broken in an intensive care unit.

We get comfortable. We forget how much hatred some people still hold. We forget that our impending yet incomplete victories leave too many of us vulnerable to disdain, to discrimination, to violence. We forget the hard work of change in favor of frivolous arguments over Queen Latifah’s glass closet.

We are winning. We just have to remember we haven’t won yet.