By John Riley on January 28, 2014 @JohnAndresRiley

Equality Maryland PAC, the political action committee for Maryland’s major LGBT-rights organization, today released a second round of endorsements, 21, for General Assembly candidates, making a total of 57 endorsements: 19 for the Maryland Senate and 38 for the House of Delegates. 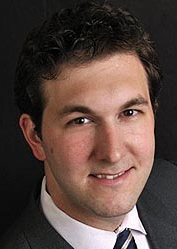 The PAC, which works to elect pro-LGBT lawmakers, based its endorsements on candidates’ votes and responses to questionnaires that expressed support for the Civil Marriage Protection Act, which legalized marriage equality and was eventually upheld by Maryland voters via referendum in 2012, as well as the Fairness for All Marylanders Act, a bill that would expand nondiscrimination protections to transgender people, which is slated for a Feb. 4 hearing before the Senate Judicial Proceediings Committee. All of the endorsed lawmakers are Democrats. Equality Maryland’s PAC previously endorsed the ticket of Lt. Gov. Anthony Brown and his running mate, Howard County Executive Ken Ulman, in their bid for governor and lieutenant governor.

“Equality Maryland’s PAC is proud to endorse an additional 21 incumbents who have stood with Equality Maryland and our work for LGBT equality during their tenure in the General Assembly,” Equality Maryland PAC Chair Tim Williams said in a statement. “We will work hard to ensure they are re-elected.”

The list of additional endorsees in the Senate includes:

The newest endorsees for the House of Delegates are: