As we’ve seen over the years, chart position isn’t everything. There are songs that scale the upper reaches of the pop charts that don’t make a lasting cultural impact, and there are tracks that don’t do well on the charts upon release or miss the charts entirely but gain in stature as the years go by. These ten tracks are all essential ’80s classics that are frequently included on ’80s compilations, on ’80s radio or at retro parties — but none of them were Top 40 hits in America.

This new wave classic and staple of ’80s compilations is one of the iconic songs that helps to define the early MTV generation. The video, featuring 15-year old Annabella Lwin and her bandmates frolicking around on a beach, received heavy MTV airplay, and it was a Top 10 hit in the U.K. In the U.S., however,  “I Want Candy” only managed a peak of #62 on the Billboard Hot 100 during the summer of 1982.

The theme song to John Hughes’ hit 1985 film “Weird Science” is a classic new wave tune that you might hear at any ’80s party. But even with the added weight of a hit movie behind it, Oingo Boingo’s single only reached a peak of #45 in the fall of ’85. In fact, Oingo Boingo would never hit the Top 40 in America, but band-member Danny Elfman went on to great success scoring films and TV shows, frequently working with famed directors Tim Burton and Sam Raimi among many others.

The Ken Scott-produced “Destination Unknown” is rightfully considered one of the major singles of the new wave era. Featuring the striking presence of vocalist Dale Bozzio and ace guitarist Warren Cuccurullo, “Desination Unknown,” with its kicking bassline and layers of synths, still sounds great over 30 years after its release. Despite strong rotation on MTV, it failed to make the Top 40, stopping just short at #42. That turned out to be an unlucky number for the band. The other key track from their “Spring Session M” album, “Words,” also peaked at #42. Missing Persons never hit the Top 40 in America, but they sure came close a couple times.

U.K. new wave legends New Order had a string of pop hits in their native country, but they had to wait until 1987 for their first U.S. Top 40 when “True Faith” made it to #32. Two of their most recognizable and popular songs — “Blue Monday” and “Bizarre Love Triangle” — both missed the U.S. Hot 100 completely, although they were hits on the dance charts. “Bizarre Love Triangle” is from the band’s 1986 album “Brotherhood,” and will get a crowd singing along all these years later even though it never came close to hitting the Top 40.

1983 was the most successful year in ZZ Top’s long career. Thanks to MTV playing their videos for “Gimme All Your Lovin’,” “TV Dinners,” “Legs” and “Sharp Dressed Man” continuously, their album “Eliminator” became a multi-platinum smash. “Sharp Dressed Man” was one of the album’s key tracks, and is an instantly recognizable rock classic (and is used as the theme to the controversial TV show Duck Dynasty) — but it stalled at #56 on the Hot 100. “Legs,” on the other hand, climbed all the way to #8.

Billy Idol – “Dancing With Myself”

Originally released in 1981 with Billy Idol’s former band Generation X, and then re-released as a single in 1983, the kinetic rocker “Dancing With Myself” is a killer track that is guaranteed to get a great reaction at any ’80s party — but it failed to make a dent in the U.S. Hot 100 at the time of its release. The video received extremely heavy MTV play and the song helped make Billy Idol one of the decade’s biggest stars, but U.S. radio wouldn’t touch it.

Thompson Twins – “Love On Your Side”

The British trio Thompson Twins first hit the US Top 40 with “Lies” in early 1983. The follow-up, “Love on Your Side,” was a hit in the dance-clubs but couldn’t garner enough radio momentum to hit the Top 40, stalling at #45 in the spring of 1983. “Love On Your Side” is now one of the band’s signature songs and appears frequently on ’80s compilation — it was even used as the title of the band’s 2007 two-disc Greatest Hits collection . Thompson Twins’ big breakthrough was just around the corner — “Hold Me Now” would get all the way to #3 less than a year later after “Love on Your Side” missed the Top 40. 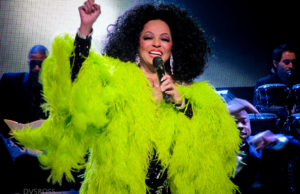 Turns out it was too good to be true. As the centerpiece of his 1984 album “Dynamite,” Jermaine Jackson enlisted his superstar brother to sing a duet on the high energy dance/pop track “Tell Me I’m Not Dreamin’ (Too Good to Be True)”. The only problem was that Michael’s record label, Epic, refused to allow the song to be issued as a single (Jermaine was on Arista Records, a competing label), and even though the song received tons of radio play and would have been a sure-fire Top 10 (and a possible #1), it was ineligible for the Top 40 altogether. Jermaine would release the title track instead, and “Dynamite” climbed to a respectable #15 but it had nowhere near the commerical potential of the one that got away. Everything that Michael touched around this time period turned to gold, and Jermaine had to feel that gold slipping through his fingers.

Madonna – “Into the Groove”

“Into the Groove” was featured in Madonna’s 1985 film Desperately Seeking Susan, and was an instant radio smash the moment it appeared. Sire Records was preparing to release the track “Angel” as the 3rd single from the “Like a Virgin” album, and Madonna also recently had another soundtrack smash with “Crazy for You.” Fearing oversaturation and too much product competing with each other, the label decided not to release “Into the Groove” as a single in the US. It appeared instead on the b-side to “Angel.” In retrospect “Into the Groove” was clearly the more popular song, and while “Angel” made it to a respectable #5, “Into The Groove” surely would have been another #1 for Madonna. It remains a key track in her discography and was included on her “Celebration” hits collection despite never making the Top 40.

Scandal – “Goodbye To You”

NYC-based rockers Scandal, led by Patty Smyth, released their peppy first single “Goodbye to You” in 1982. The catchy power-pop song is now universally regarded as an ’80s classic, but it fizzled upon its original release, stumbling to #65 on the Hot 100. Scandal would have to wait two years for their first and only U.S. Top 40 hit — “The Warrior” reached #7 in 1984.

The Best and Worst Singles of 2013

Giorgio Moroder – 10 of his classic productions

Flashback: 10 80s Classics You Might Not Have Known Were Covers 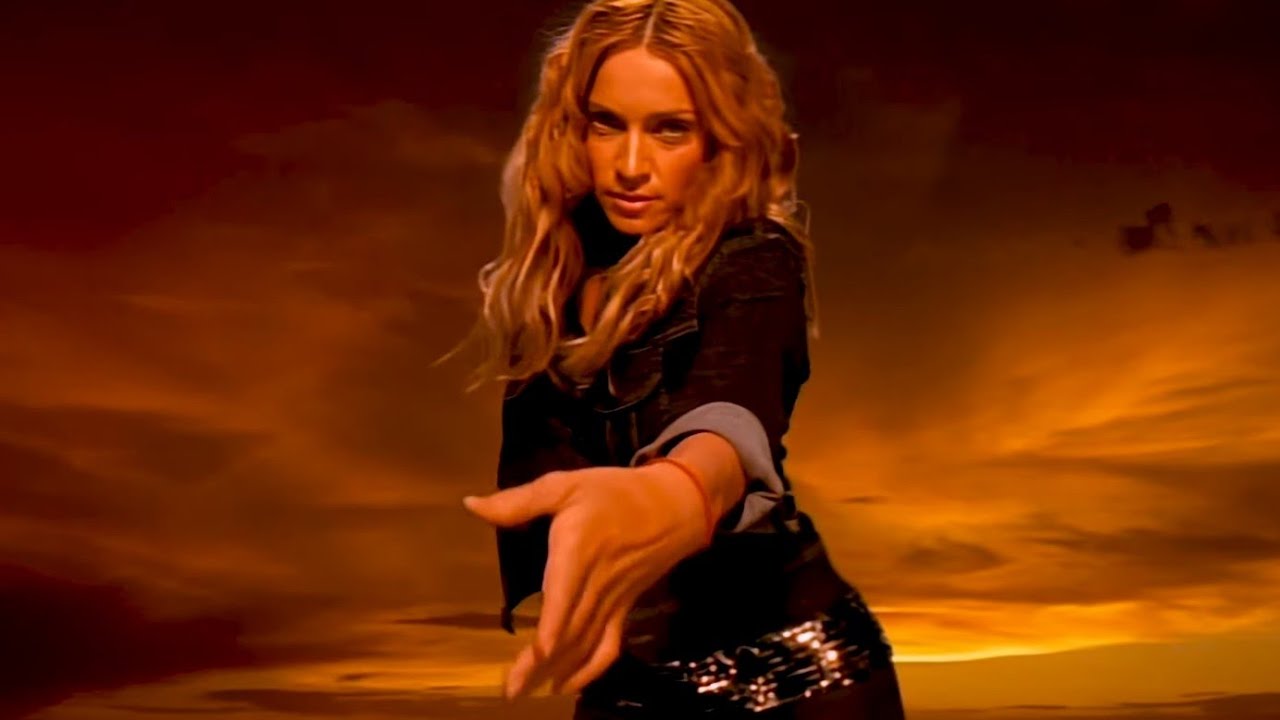 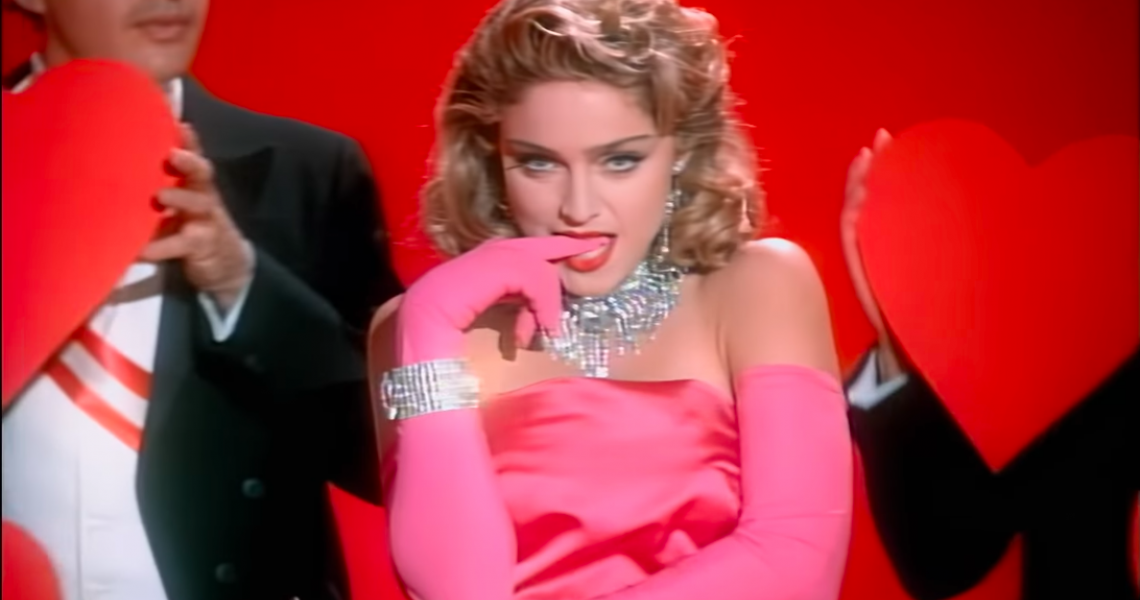