Fingers are crossed for Fiat to return its sporty celebrity to the U.S. in 2014 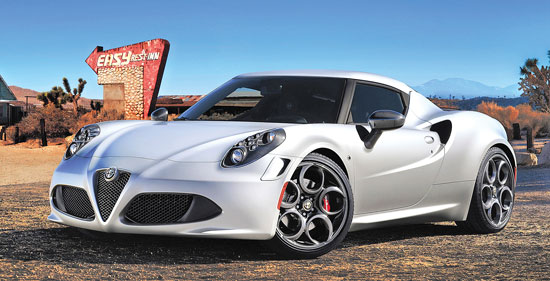 It’s a week of birthdays, potential returns and reincarnations in the car world. As one manufacturer takes its first tentative steps back on American shores and another celebrates a significant milestone for one model with a rather tepid party, the National Corvette Museum has revealed plans for the eight cars swallowed by a sinkhole that opened up underneath the building.

First, let’s start with Alfa Romeo. For many, the Italian brand is one synonymous with true automotive enthusiasts. Top Gear will happily tell you that you can’t call yourself a true car nut unless you’ve owned an Alfa. Trouble is, for Americans, that’s not really possible as the brand crashed out of the market years ago. Fiat, which currently owns Alfa, has been promising a return for years. Initially pegged for 2012, it’s been continually shunted back, but now they promise that a launch is definitely, probably, most likely going to happen at some point this summer. According to The Detroit News, Alfas will be sold through participating Maserati and Fiat dealers — though only the best-performing ones will be selected for the brand, as there are just 1,000 cars arriving in the first year. The reason is simple: Alfa will only be selling one model, its gorgeous 4C coupe.

The 4C eschews the bigger-is-better mentality of most modern cars. Weighing in at just over 2,000 pounds, the 1.8-liter, 240hp, rear-wheel drive coupe will rocket from 0 to 62mph in just 4.5 seconds and on to a top speed of 160mph. The interior is stripped of all but the essentials, the body is lightweight, and the wheels are fat and designed to stick to the road. It’s a car for driving, and a pretty beautiful one at that. Alfa also guarantees exclusivity as there will only be 2,500 produced each year worldwide. Expect it to cost around $50,000 when (if?) it launches in the U.S. this summer. 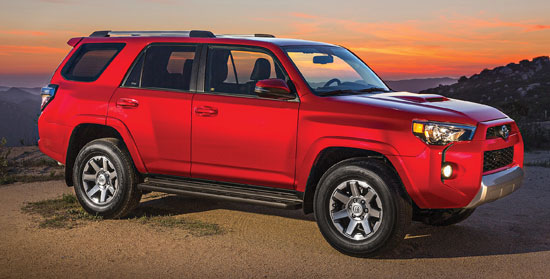 TOYOTA IS CELEBRATING this week, though I feel someone should perhaps show them the dictionary definition of celebrate. The mid-size 4Runner SUV turns 30 this year, a milestone few car models are lucky enough to achieve, and one surely worth more than what Toyota has cooked up. Forget balloons or streamers, put your party pants back in the closet and throw away the cake knife. Toyota’s big celebration is… a mild discount. Yay?

For those in the market for a 4Runner, you can now get $500 off the SR5 and Trail editions, $750 discounted from Premium models and a sweet $1,000 removed from the sticker price of Limited spec. The discounts are available now and will run for the entirety of 2014, so no rush. Still, we can’t help but feel that 30 years warrants a little more than a discount. Seriously, Toyota. No strip-o-gram? 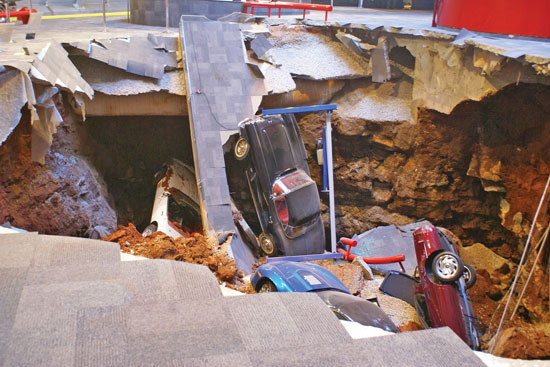 THE NATIONAL CORVETTE Museum has announced its plans for the eight models retrieved from a sinkhole under the Bowling Green, Ky., museum. For those who missed it (‘vette fans may want to turn away now), on Feb. 12, a giant sinkhole opened up beneath the museum’s Skydome area, swallowing eight Corvettes, including a 1962 model, a 1993 ZR-1 Spyder, a 2001 Mallett Hammer Z06 and two models on loan from GM. According to the Detroit Free Press, the museum plans to offer fans wishing to pay their condolences to the damaged cars the opportunity to view them in their damaged state before they’re sent to the GM Heritage Collection in Warren, Mich., for restoration.

The museum has yet to start retrieving the cars from the sinkhole, though it says that work should start in the next couple of weeks. In the meantime, if you own a Corvette, it might be prudent to start checking the concrete floor of your garage. Just in case.

Rhuaridh Marr is Metro Weekly's online editor. He can be reached at rmarr@metroweekly.com.
← Previous Story Walmart’s semi will blow your mind
Next Story → Medals for Motors