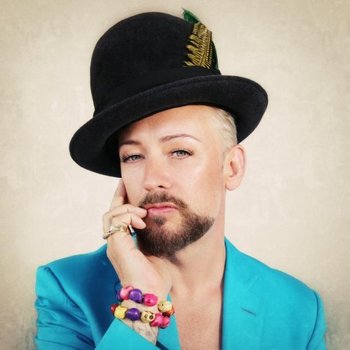 “If it had been a gay rapper that had done Same Love I think it probably wouldn’t have had the same impact,” said singer Boy George in an interview with News Limited.

The Culture Club singer, while promoting his new album, commented on the impact music artists have when advocating for gay rights. He continued, “It’s a weird thing about our culture. I think Same Love is a great record, I don’t care if [Macklemore is] straight or gay, it doesn’t matter. It shouldn’t matter, but unfortunately it does.

“If you’re gay doing that song people think you’re preaching,” he continued. “No, it’s my life. It’s the same as a guy speaking about his girlfriend. For some reason when you’re gay people think you only talk about being gay. I don’t, actually. My sexuality takes up about three hours a month.”

He also had some choice words for Lady Gaga, whose vocal support for gay rights has drawn both praise and criticism. “Born This Way? You’re a straight woman. But whatever. You’ve got to like her for liking us. That’s nothing to condemn someone for. She’s pro-gay, she loves her gay brothers and sisters and I’m sure she employs a lot of queens, with all the stylists and hairdressers.”