How corporate America became the LGBT community’s most powerful ally 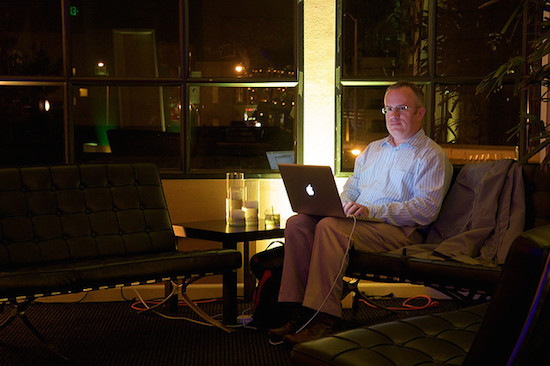 Brendan Eich was CEO of Mozilla for just over one week before public pressure became too much.

Eich, who invented JavaScript and helped found the company behind the Firefox Web browser, had made a political contribution in 2008 to the campaign supporting California’s same-sex marriage ban. The $1,000 donation supporting Proposition 8 was first reported by the Los Angeles Times in 2012 – four years after it was made – and while the revelation caused a dustup on Twitter, it was just as soon forgotten. That all changed when the Mozilla board of directors announced on March 24 that Eich had been named CEO, making a man opposed to same-sex marriage essentially the most public face of the company.

Facing organized protests, rampant criticism on social media and threats of boycotts by Firefox developers, Mozilla responded with a statement on March 25 affirming its deep commitment “to honoring diversity in sexual orientation and beliefs within our staff and community, across all the project’s activities.” On March 26, Eich responded as well, writing of his commitment “to ensuring that Mozilla is, and will remain, a place that includes and supports everyone, regardless of sexual orientation, gender identity, age, race, ethnicity, economic status, or religion.” Mozzila’s executive chairwoman, Mitchell Baker, also weighed in, stating that the company’s commitment to inclusiveness for the LGBT community and all underrepresented groups would not change under Eich.

However, despite repeated assurances, the public relations nightmare for the company continued. In interviews Eich refused to repudiate his donation from six years earlier, nor spell out his current views on same-sex marriage, further fueling the suspicions of the LGBT community. Several Mozilla employees spoke out publicly on Twitter, urging Eich to step down, as did many LGBT-rights activists. When accessing the online dating website OkCupid from a Firefox Web browser, users were prompted to use a different Web browser, with a statement reading, among other things, “Those who seek to deny love and instead enforce misery, shame, and frustration are our enemies, and we wish them nothing but failure.”

On April 3, 11 days after Eich was named Mozilla’s chief executive, Baker announced Eich had chosen to step down. Baker apologized on behalf of the company for not doing better, but also noted the fine balance that must be struck between a company’s ideals and an employee’s personal beliefs. “We know why people are hurt and angry, and they are right: it’s because we haven’t stayed true to ourselves,” Baker wrote. “Equality is necessary for meaningful speech. And you need free speech to fight for equality. Figuring out how to stand for both at the same time can be hard.”

Although Eich’s rapid fall as CEO of Mozilla was blasted by some as the epitome of liberal intolerance and “anti-Christian persecution,” it also illustrated what has become ever more clear: While the debate over LGBT equality may continue to take place among the general electorate, that debate has reached its conclusion among corporate America. To be anti-gay increasingly means to be anti-business.

According to Deena Fidas, director of the Workplace Equality Program for the Human Rights Campaign Foundation, the game-changing moment came when New York lawmakers approved marriage-equality legislation in 2011.

“That was really the first time there was a breakthrough of this being a relative fringe area of corporate support,” Fidas tells Metro Weekly, noting that during the fight against Proposition 8 in 2008 only a handful of businesses weighed in. However, thanks to a collaborate effort by a number of LGBT-rights organizations, about 40 businesses from Wall Street to upstate New York publicly voiced their support for the state’s same-sex marriage bill.

The tidal shift is apparent with adoption of nondiscrimination policies as well. In 2002, when HRC launched its Corporate Equality Index, which has come to serve as the national benchmark tool on corporate LGBT policies, only 13 businesses achieved a perfect score. In 2014 that number stands at 304 businesses. Among Fortune 500 companies, 91 percent have nondiscrimination policies that include sexual orientation and 61 percent include gender identity. Sixty-seven percent offer equivalent medical benefits between spouses and partners and 28 percent offer transgender-inclusive health care benefits, including surgical procedures.

While the adoption of such inclusive policies has been on the rise, major corporations have also now begun to take their views on LGBT-rights out of the boardroom and into the public square. A month before the U.S. Supreme Court heard oral arguments in the challenge to the Defense of Marriage Act’s federal definition of marriage as between a man and a woman, in March 2013, nearly 300 businesses and city governments, including major businesses such as Amazon, Apple, Microsoft, Twitter, Starbucks, Morgan Stanley, Google and cities from Baltimore to Los Angeles, filed a brief with the Supreme Court calling for DOMA be struck down as unconstitutional. The brief argued in part that DOMA hurts workplace efficiency and employee morale, and thus forces employers to participate in the injury of their own workforce morale.

“Our principles are not platitudes. Our mission statements are not simply plaques in the lobby,” the brief stated. “Statements of principle are our agenda for success: born of experience, tested in laboratory, factory, and office, attuned to competition. Our principles reflect, in the truest sense, our business judgment. By force of law, DOMA rescinds that judgment and directs that we renounce these principles or, worse yet, betray them.”

Fidas says that while many of these businesses have expressed a desire to be on the right side of history, their decision to take action on issues of equality is just as much pragmatic.

“As they’ve learned, there are a lot of very practical implications for businesses when we have uneven laws. There were very material challenges they were having to reconcile with differing state and federal tax systems,” Fidas says. “So while there’s certainly a more social justice and equality case to be made, there were also these very real administrative costs that were going toward renovating these uneven laws and how they impact the implementation of things like domestic partner benefits.”

But perhaps the greatest example of how powerful an alliance the LGBT community has forged with corporate America came this past February when lawmakers in Arizona approved anti-LGBT legislation that would have effectively made it legal for businesses to turn away customers due to their religious beliefs. With the bill, known as the “Religious Freedom Restoration Act,” awaiting the signature of Republican Gov. Jan Brewer, businesses unleashed an unprecedented wave of opposition. American Airlines, AT&T, Apple, Delta Airlines, Intel, Marriott, PetSmart, Starwood Hotels and Resorts, Southwest Airlines, Verizon and Yelp were just a few who said the bill would be bad for business. CEOs of the Arizona Chamber of Commerce and Industry, the Greater Phoenix Chamber of Commerce, Greater Phoenix Leadership and the Southern Arizona Leadership Council also voiced their opposition, and the NFL indicated it could move the 2015 Super Bowl out of the state if the bill were signed. Brewer ultimately vetoed the legislation.

Brewer isn’t the first member of a party with deep ties to the business community to find herself siding with equality following pressure from the nation’s most profitable companies. Hedge fund billionaire Paul Singer, whose son is gay, has invested millions of dollars into forging GOP support for issues such as LGBT workplace protections and marriage equality. More than 120 leading U.S. employers have joined HRC’s Business Coalition for Workplace Fairness supporting passage of the Employment Non-Discrimination Act (ENDA). With workplace discrimination on the basis of sexual orientation still legal in 29 states, and on the basis of gender identity legal in 33 states, ENDA would codify such protections into federal law.

“By framing these issues in the language of business, I think you saw a wave of more vocal cross partisan support for ENDA and marriage equality because certainly no one is accusing the greater business community of having some sort of secret political liberal agenda. Often it’s the opposite,” says Fidas. “But the fact that seemingly conservative companies were rallying around the passage of greater equality for LGBT people under the law, I think that that definitely appeals to a variety of constituents.”

Indeed, ENDA passed the Senate in November with the support of 10 Republicans – the most Senate Republican votes ever cast for a piece of gay-rights legislation, let alone one with protections for transgender Americans.

“The business case is certainly one of the prongs of our method of attack,” says Gregory T. Angelo, executive director of Log Cabin Republicans, in describing the lobbying of congressional Republicans on ENDA, which remains stalled in the House of Representatives. According to Angelo, knowledge of which corporations in certain districts have pro-LGBT policies has proven an effective talking point. “Not only are [these corporations] ahead on this issue, but the preponderance of these Republicans’ constituents have certainly felt no pushback because of the corporations that have these policies.”

Of course, there remain outliers. Last May, for the 14th consecutive year, ExxonMobil shareholders voted overwhelmingly to reject a resolution that would have protected LGBT people from workplace discrimination. And the extent to which the business community can influence policy is limited. Although corporations helped kill Arizona’s anti-LGBT bill, a similar bill became law in Mississippi where businesses were less inclined to weigh in due to their limited footprint in the state. But such anti-LGBT views find themselves increasingly marginalized in the business world, where employers have found such policies provide them with more of a competitive advantage than disadvantage when it comes to attracting talented workers.

“My interactions with business leaders have shown me that corporations want to attract the broadest pool of talent possible,” says Angelo. “When there are exclusionary policies explicitly stated in state laws or constitutions, or the absence of inclusionary policies as part of company policy, they find less of a chance to attract talented workers who also happen to be LGBT.”