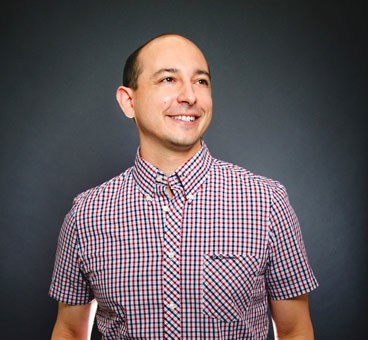 Capital Pride, the D.C.-based nonprofit organization focused on serving the needs of and celebrating the diversity of the area’s LGBT community, announced Monday the recipients of the 2014 Capital Pride Heroes Award, the TransPride Engendered Spirits award, and the Bill Miles and Larry Stansbury Awards, all of whom will be honored at the organization’s annual gala and silent auction later this month.

This year’s winners were nominated by their fellow community members and selected by a committee of Capital Pride’s board of directors before the full board voted to approve their nominations. Winners of the Heroes and Engendered Spirits awards are honored at various events held throughout the two weeks when D.C. holds its annual Capital Pride celebration.

This year’s Heroes are Nicholas Benton, the founder, owner and editor-in-chief of the Falls Church News-Press, a former columnist for Metro Weekly, co-founder of the Berkeley Gay Liberation Front and a 2012 recipient of Equality Virginia’s OUTstanding Virginian award; David Perez, president of the Latino GLBT History Project, director of development for the League of United Latin American Citizens (LULAC), organizer of Latino Pride, and member of the Mayor’s GLBT Advisory Committee; and the Rev. Dean Snyder, senior pastor at Foundry United Methodist Church who has advocated for ending discrimination against LGBT people within the Methodist denomination. The two other Heroes Awards winners are Dr. Imani Woody, the founding director and CEO of Mary’s House for Older Adults, the first LGBT-friendly residential housing development project in Washington, a mayoral appointee to the D.C. GLBT Advisory Council, chair for SAGE Metro D.C., and a diversity consultant in the field of health, aging and other issues affecting the LGBT and people of color communities; and Tom Yates, a leader and supporter of the District’s leather/Levi community, a member of the Defenders, a leather/Levi group associated with Dignity, and a former director of the nonprofit organization Brother, Help Thyself.

The Engendered Spirits awards, given to those who have worked specifically on behalf of improving the lives of those in the transgender community, will be awarded to Amy Nelson, the supervising attorney at Whitman-Walker Health’s Legal Services Program who helped launch Washington’s first Name and Gender Change Clinic to help transgender D.C. residents file for legal name changes and obtain documents reflecting their true gender identity; and Alexa Rodriguez, founder of Mi Nueva Familia, a working group for people living with HIV and for transgender women. Rodriguez is a promoter for Miss Maryland Latina, a board member for the Latino GLBT History Project, a staff member at La Clinica del Pueblo, and a member of the Trans-Latina Coalition, which works with transgender Latina immigrants.

The Bill Miles Award for Outstanding Volunteer Service, named for the longtime Pride volunteer who was a founding member of the Capital Pride Alliance, acknowledges exemplary contributions to the annual Capital Pride celebration. This year’s award will be presented to Al Pellenberg, a longtime organizer for LGBT Pride celebrations for 30 years, in both Atlanta and D.C. Pellenberg has served as art director for Capital Pride and led the first in-house production of The Official Guide to Capital Pride.

The Larry Stansbury Award for Exemplary Contributions to Pride, named for the longtime activist, health educator, club manager, member of the leather community and gay motorcycle groups, former executive director of Brother, Help Thyself, and a founding member of the Capital Pride Alliance, will be awarded to Robert York, the deputy director of development for nonprofit community health center Whitman-Walker Health. York, already a Pride Hero for 2006, served as executive director of Capital Pride from 1999 to 2005, becoming the organization’s longest-serving executive director. He was also director of AIDS Walk Washington, and served on the Human Rights Campaign (HRC) board of governors, the Gay Men’s Chorus of Washington board of directors, the Mayor’s Advisory Council for GLBT Affairs, the D.C. Chief of Police’s GLBT Advisory Council, Metro PFLAG-DC, Team DC and as an ambassador for the Trevor Project.

The Capital Pride Heroes Gala & Silent Auction will be held Wednesday, May 21, at Artisphere, 1101 Wilson Blvd., Arlington, from 7 to 10 p.m. For more information or tickets, $60, visit www.capitalpride.org/heroes.

John Riley is the local news reporter for Metro Weekly. He can be reached at jriley@metroweekly.com
← Previous Story Rainbow Response Receives Grant
Next Story → Simpson To Run for State Board of Ed