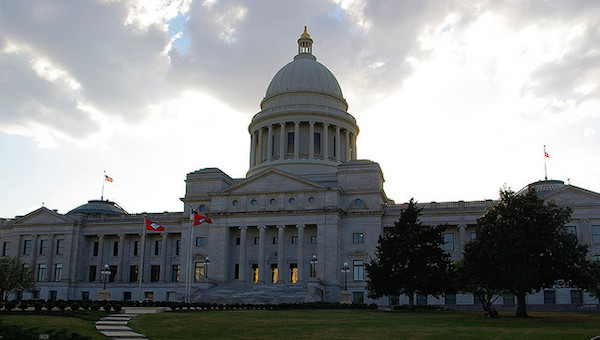 The Arkansas Supreme Court put same-sex marriages on hold in the state Friday following a week of legal confusion.

The decision by the state Supreme Court comes after Circuit Court Judge Christopher Piazza declared a 1997 state law and a constitutional amendment approved by voters in 2004 defining marriage as between a man and a woman in violation of the U.S. Constitution last Friday.

Piazza issued no stay in his decision, leading hundreds of same-sex couples to marry in the state. The state’s initial request for a stay by the Arkansas Supreme Court was rejected due to an oversight in the original circuit court ruling that did not explicitly strike down a state law prohibiting clerks from issuing marriage licenses. Piazza clarified his ruling yesterday and struck down that law, leading the state to return to the high court once again to request a stay. The Arkansas Supreme Court granted that stay today, putting Piazza’s decision on hold pending the state’s appeal of the ruling.

It is not yet clear if those same-sex couples married in Arkansas — the first Southern state to issue marriage licenses to same-sex couples — will be recognized by the federal government. In cases in Utah and Michigan where same-sex couples legally married in the state before a stay was issued, the Department of Justice announced they will recognize those marriages for all relevant federal benefits on the same terms as other same-sex marriages.