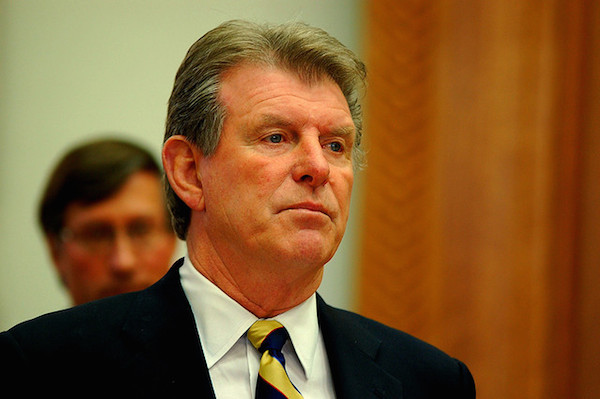 Same-sex marriages in Idaho will not proceed as scheduled after a federal appeals court granted an emergency stay Thursday of a ruling striking down the state’s same-sex marriage ban.

The 9th Circuit Court of Appeals temporarily put on hold a lower court’s ruling finding the state’s same-sex marriage ban unconstitutional, which called for same-sex marriages to begin at 9 a.m. Mountain time on May 16. However, the federal appeals court did not make a final decision on whether the stay will be put in place for the entirety of the state’s appeal.

The decision comes after Idaho Gov. Butch Otter (R), who is defending the ban, asked the the 9th Circuit Court of Appeals to stop same-sex marriages from proceeding following Chief U.S. Magistrate Judge Candy Wagahoff Dale’s Tuesday ruling.  Dale found Idaho’s marriage laws in violation of same-sex couples’ rights under the Due Process and Equal Protection Clauses of the Fourteenth Amendment and had denied a similar request from Otter, writing that the Republican governor is unlikely to succeed on the merits of the case and enforcement of the state’s marriage ban irreparably harms same-sex couples.

In their emergency stay request filed with the 9th Circuit yesterday, Otter’s lawyers argued that if marriages were not put on hold Idaho will experience the same “unseemly chaos, confusion, conflict, uncertainty, and spawn of further litigation and administrative actions seen in Utah and, to a lesser extent, in Michigan and resulting from a period of time when those district courts’ decisions, very similar to the Injunction, were not stayed and hundreds of same-sex couples ‘married’ in contravention of their respective States’ marriage laws.”

Moreover, they wrote that when the U.S. Supreme Court interjected in Utah to put those same-sex marriages on hold pending appeal, the high court “made clear that it will decide the constitutionality of man-woman marriage and until that time no lower court decision holding against man-woman marriage should operate to allow same-sex couples to marry or have their marriages recognized contrary to the law of their particular States.”