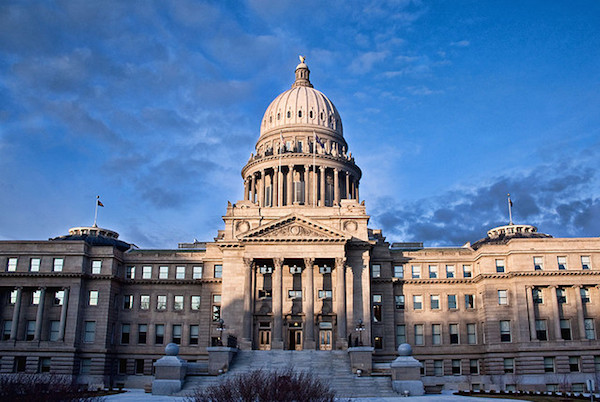 “This conclusion reaffirms a longstanding maxim underlying our system of government—a state’s broad authority to regulate matters of state concern does not include the power to violate an individual’s protected constitutional rights,” Dale wrote. “Idaho’s Marriage Laws deny its gay and lesbian citizens the fundamental right to marry and relegate their families to a stigmatized, second-class status without sufficient reason for doing so. These laws do not withstand any applicable level of constitutional scrutiny.”

Aside from state statutes that define marriage as between a man and a woman, voters approved a constitutional amendment in 2006 that stated a “marriage between a man and a woman is the only domestic legal union that shall be valid or recognized” in Idaho. Dale’s 57-page decision instructs the state of Idaho, along with its officers, employees, agents and political subdivisions, to cease enforcing any state laws that “do not recognize same-sex marriages validly contracted outside Idaho or prohibit otherwise qualified same-sex couples from marrying in Idaho” effective 9 a.m. Mountain time on May 16.

“The Defendants offered no evidence that same-sex marriage would adversely affect opposite-sex marriages or the well-being of children. Without proof, the Defendants’ justifications echo the unsubstantiated fears that could not prop up the anti- miscegenation laws and rigid gender roles of days long past,” Dale wrote. “Then as now, it is the duty of the courts to apply the law to the facts in evidence. Here, the facts are clear and the law teaches that marriage is a fundamental right of all citizens, which neither tradition nor the majority can deny.”

Dale noted that most critical of all is that the Supreme Court has demonstrated through its rulings in various marriage cases that “the right to marry is an individual right, belonging to all.”

“If every individual enjoys a constitutional right to marry, what is the substance of that right for gay or lesbian individuals who cannot marry their partners of choice?” Dale asked. “Traditional man-woman marriage is no answer, as this would suggest that gays and lesbians can switch off their sexual orientation and choose to be content with the universe of opposite-sex partners approved by the State. Defendants offer no other answer.”

The decision is the latest in a string of federal and state court wins for same-sex marriage following last June’s sweeping U.S. Supreme Court decision in U.S. v. Windsor — striking down the federal government’s definition of marriage as between a man and a woman. Since then, 11 federal courts have ruled in favor of marriage equality in Utah, Ohio, Oklahoma, Kentucky, Illinois, Indiana, Michigan, Tennessee, Texas and Virginia. The case in Idaho was brought by four same-sex couples represented by Boise attorneys Deborah A. Ferguson and Craig Durham and the National Center for Lesbian Rights (NCLR).

“Slow as the march toward equality may seem,” Dale wrote, “it is never in vain.”

UPDATE: Judge Dale denied Idaho Gov. Butch Otter’s request to put same-sex marriages on hold while the case is appealed, writing that the Republican governor is unlikely to succeed on the merits of the case and enforcement of the state’s marriage ban irreparably harms same-sex couples. Same-sex marriages are set to begin in Idaho at 9 a.m. Mountain time on May 16, but could be stayed by a higher court.