Del. Heather Mizeur’s campaign for governor is touting two of its latest endorsements, including one she seized from Lt. Gov. Anthony Brown in an unexpected coup with the overwhelming backing of the organization’s members. 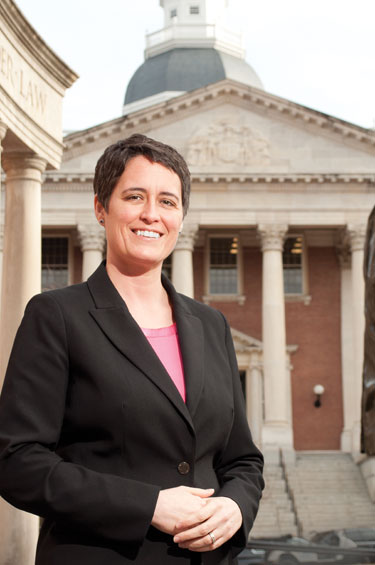 Last week, Mizeur, a Democrat from Montgomery County and one of eight openly LGBT lawmakers in the General Assembly, and her running mate, the Rev. Delman Coates, earned the endorsement of the Central Baltimore County Democratic Club (CBCDC), one of the largest and longest-serving Democratic clubs in the county, in an upset. The CBCDC’s endorsement committee had initially recommended Lt. Gov. Anthony Brown and his running mate, Ken Ulman, but the group’s membership rejected that nomination. The Democrats then nominated Mizeur and moved to endorse her with 69 percent of the vote.

“The energy and enthusiasm with which CBCDC members supported Delegate Mizeur is a microcosm of the entire Democratic electorate,” Al Stein, a CBCDC member and longtime Democratic activist, said in a statement. “When people hear her record of accomplishments and vision for this state, they know she is the right choice for governor.”

The LPAC endorsement was announced by the incoming board chair, Laura Ricketts, co-owner of the Chicago Cubs and the first openly gay woman owner of a major league baseball franchise. In choosing Mizeur, LPAC cited her work on marriage equality, equal pay, paid family leave, access to child care, and the protection of reproductive rights.

Polls in recent months have shown Mizeur running third against Brown and Attorney General Doug Gansler in the Democratic primary, although anywhere from 40 percent to more than half Democratic voters say they are undecided. The primary will take place on June 24.