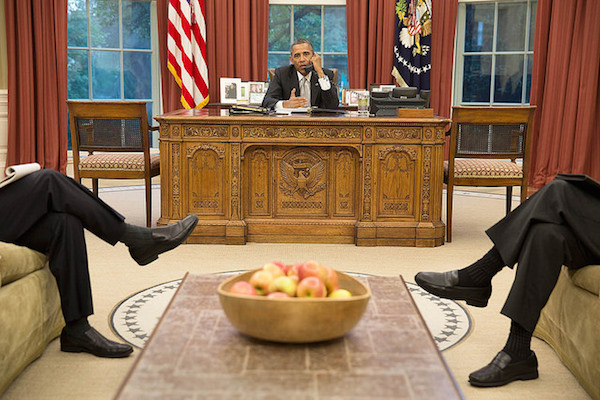 A controversial Obama judicial nominee faced a barrage of questions over his views on same-sex marriage, abortion and the Confederate flag during his confirmation hearing Tuesday before the Senate Judiciary Committee.

Michael Boggs, who was nominated by President Barack Obama in December to serve as a U.S. district judge for the Northern District of Georgia, tried to assure senators that conservative views he expressed while serving in the Georgia General Assembly would not impede his judicial judgment.

Despite Boggs’s assurances, his legislative record from when he served as a Democrat in the Georgie House of Representatives from 2000 to 2004 dominated the two-hour hearing as Democratic senator after Democratic senator questioned whether his political views would inform his decision on the federal bench. In particular, Boggs would not say if his views on same-sex marriage had changed since he supported amending the Georgia Constitution to ban same-sex marriage.

“My personal opinion was, at the time, over a decade ago, that I was in support of a proposed constitutional amendment that would have banned same-sex marriage. My position may or may not have changed since that time, as many peoples’ have over the last decade,” Boggs said. “Moreover my position on that as reflected by those personal comments in 2004 have never had any import whatsoever in how I decided cases or how I analyzed issues both as a trial court judge and an appellate court judge.”

Boggs was quoted by committee chair Sen. Richard Blumenthal (D-Conn.) as stating as a candidate for judge in 2004, “I am proud of my record. You don’t have to guess where I stand. I oppose same-sex marriage.”

“I agree that the comments I made probably gave the wrong impression to the audience to whom I was speaking, particularly with respect to the job I was seeking,” Boggs responded to Blumenthal. “I should’ve done a better job of delineating the remarkable different roles between being a legislator and being a judge.”

Although Boggs admitted that his Christian faith informed his policy views as a legislator, he said it never interfered with his decision-making process as a judge. Boggs added that his personal feelings to any decision on Georgia’s same-sex marriage ban, which is currently being challenged in federal court, would be irrelevant and he would follow the precedent set by the 11th Circuit Court of Appeals and the U.S. Supreme Court.

Boggs also distanced himself from comments he made as a legislator criticizing “activist judges” — a line of argument often used by same-sex marriage opponents to dismiss judges they accuse of legislating from the bench. Boggs admitted those comments were made at the time in response to judges legalizing same-sex marriage.

“Looking back on that, particularly now 13 years later and particularly now with the benefit of having been a judge for 10 years, the concept of activist judge that I had as a legislator is no longer prevalent in my mindset,” Boggs said.

Asked if he had ever heard a case concerning marriage equality or equal protection for gays and lesbians, Boggs cited one regarding a lesbian couple seeking to adopt a child from foster care. Boggs approved the adoption.

“I’m faithful to follow the law and that was the appropriate decision to make in that case, not because of her sexual orientation but because the facts warranted it,” Boggs said. “I handled that case as I would for any other petitioner concerning adoptions.”

Boggs’s nomination has faced opposition from a number of Democrats and progressive groups, not only for his views on same-sex marriage, but his opposition to abortion and support for keeping the Confederate battle emblem in Georgia’s state flag. In a February letter to senators on the Judiciary Committee, nearly 30 progressive organizations — including some LGBT groups — wrote that Boggs’s “record on reproductive rights, civil rights, and LGBT rights is especially troubling in a nominee to the federal bench. Litigants in Georgia, and the nation as a whole, deserve a judge whose commitment to equal justice is clear.”

Yesterday, Robin Maril, legislative counsel for administrative advocacy at the Human Rights Campaign, warned that Boggs’s “clear and unapologetic record … has signaled his hostility towards issues of equality in his home state as an elected official. If confirmed, Boggs could entrench these destructive, anti-equality values on the federal bench for generations to come.”

Despite those concerns, the White House has stood by Boggs’s nomination. Boggs was originally recommended by Georgia’s Republican senators, Saxby Chambliss and John Isakson, and is part of a compromise to fill six judicial vacancies in Georgia. Following Boggs’s hearing, White House press secretary Jay Carney told reporters the Obama administration has been trying to fill those vacancies for more than three years and were left with the choice of either working with Georgia’s Republican senators or leaving those seats vacant.

“Based on Judge Boggs’s tenure, track record as a state trial and appellate judge, the president believes he is qualified for the federal bench,” Carney said. “Of all the recent criticisms offered against Michael Boggs not one is based on his record as judge for the past ten years.”