Sarah McBride: The Next Generation Awards 2014

“I’ve known that I’m transgender as long as I can remember,” she says. Growing up as the youngest child with two older brothers in Wilmington, Del., McBride says it wasn’t until when she was about 8 years old that a poorly executed transgender storyline in a ’90s sitcom put a name on what made her so. 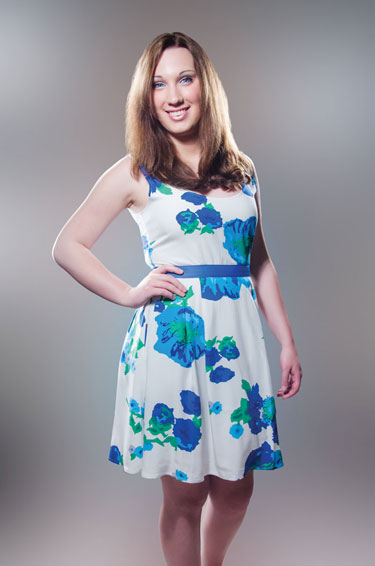 Although in that moment McBride came to better understand herself, her life as a precocious political activist pushed her deeper into the closet. When she was just 13 she began volunteering for various Democratic candidates in the First State, including campaigns for Attorney General Beau Biden and Gov. Jack Markell. “I was having this success as a political activist in our state’s Democratic Party, and that seemed like such a privilege and such an opportunity that I didn’t want to give up my male privilege,” she says. “I thought that if I gave that up I would destroy all these professional aspirations that I had, dreams of working in politics in Delaware.”

But in the fall of 2011, life became unbearable for McBride. A junior at American University, known as Tim, McBride was elected student body president. McBride made gender-neutral housing a priority of her presidency, with a campaign entitled “Live True to You.” The issue became one of the drivers of her coming to terms with her identity. Sitting in the office of the director of the university’s housing and dining programs, he asked McBride a simple question: “Why are you doing this?”

“There were three answers, and I only gave two,” McBride says. “One was it’s the right thing to do for students. The next was I have always been passionate about LGBT issues, my oldest brother is gay and these issues mean a lot to me. And then the third was that I’m transgender. … It was the first time I gave an answer that was just glaringly incomplete. That was a watershed moment for me, being confronted so starkly with where I was and where I wanted to be and who I actually was.”

After confiding in a friend whose positive reaction McBride credits with giving her the confidence to push forward, McBride came out to her family on Christmas Day in 2011. “Their response to my coming out was surprise, confusion, sadness – but at the same time love and support and embrace,” McBride says. “For parents and friends it feels like this person you know is dying. But they came very quickly to see that they weren’t losing a son, they were gaining a daughter and that I was still very much the person I had always been. That quickly sunk in. And they’ve been fabulous.”

After telling other family and friends, including Delaware Gov. Jack Markell, over a fourth-month period, McBride was contemplating how to come out to the broader American University community. Not wanting the second half of her term as president to be overshadowed by her transitioning, she waited until it was nearly finished. She decided on a Facebook note, and within an hour the editor of the student newspaper walked into her office.

He wanted to know two things. Should the paper be using her new name, Sarah, and female pronouns? “Absolutely.” And would she consider condensing her Facebook post as an op/ed for the next day’s issue?

“I remember walking into the student newspaper office after I’d posted this online, so word had already gotten out. I remember everyone just sort of staring at me. No one knew what to do as I walked back into the editor’s office to condense my Facebook post. But when I came out of there everyone had big smiles on their faces and people gave me hugs,” she recalls. “It really was nothing but love and support.”

In a time that has seen high-profile journalists like Katie Couric and Piers Morgan face criticism for how they’ve conducted interviews with transgender celebrities, McBride says the students at The Eagle acted exactly “how we want the media to be when covering trans issues.” The publication of McBride’s coming-out story also thrust her into the spotlight, gaining headlines in national publications and a speaking spot, along with her brother, at the HRC National Dinner last October. She went on to internships at the Gay & Lesbian Victory Fund and the White House, where she became one of the first out transgender interns. She also served on the board of Equality Delaware and helped pass same-sex marriage legislation and gender-identity protections during the same year. Now 23, McBride works on LGBT issues for the Center for American Progress.

McBride says she is unsure what the future holds for her, but politics seems like a safe bet. She still considers Delaware home and loves talking to people about the issues. As she witnessed firsthand during her work with Equality Delaware lobbying state lawmakers, putting a face to an issue goes a long way to helping people do the right thing.

“I enjoy telling my story, talking about transgender issues, transgender identities in a way where people can read them and relate to those stories,” she says. “If it can make people view transgender people as people first, then I think that’s a mission accomplished.”