Microsoft, Sony and Nintendo focus on Games at E3

It was look now, play (much) later at this year's premiere gaming Expo 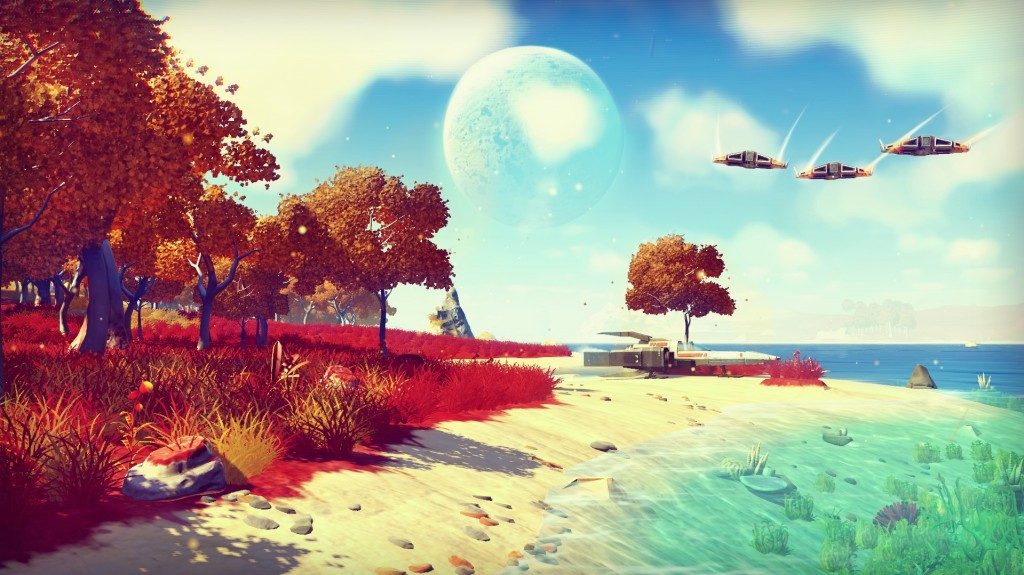 Another year, another E3. The Electronic Entertainment Expo once again took over downtown Los Angeles, bursting at the seams with tidbits and details of the games we can look forward to playing in the near and distant future. Compared with last year, where the Xbox One and PlayStation 4 had their coming out parties, publishers focused heavily on what every gamer yearns for most: games. Yes, it seems everyone doubled down this time, to push as much content as possible, after 2013’s rather software-starved approach. Unfortunately, those hoping to have a wealth of fresh gameplay in their hands over the coming months were left somewhat unsatisfied – there were still far too many games announced for 2015 – but what was on show was still pretty spectacular. Even Nintendo managed to buck expectations and showcase some pretty compelling reasons to pick up a Wii U, which is certainly saying something given current sales.

Microsoft, as is tradition, was first out of the gate with its conference. Redmond’s team sorely needed to make up for the last couple of years, where Kinect-based titles and entertainment superseded gameplay and fresh IPs. Last year, the Xbox One debuted with much fanfare over its DVR abilities and voice-activated controls, but few real games to tempt those from their Xbox 360s and PlayStations 3s. No matter, as this year all was mostly forgiven. Microsoft’s 90-minute presentation was nothing short of a master class in tight editing, with game announcements coming thick and fast. Call of Duty: Advanced Warfare got things running, showcasing its futuristic setting and new additions to a franchise that has become increasingly stale over the years, before Microsoft shoveled coal into the engines and really got things moving.

Forza Horizon 2 is launching Sep. 30, which should appease those hungry for more of its open-road driving action, while those who picked up Forza 5 at the One’s launch (which, according to Microsoft, is over half of all One owners) will finally be getting Germany’s legendary Nürburgring racetrack – considered a must-have for any serious racing game – in a free update some seven months after the game launched. Better late than never, we suppose. Evolve, from the makers of zombie co-op shoot-em-up Left 4 Dead, put a tempting spin on traditional co-op gameplay — four players face off against giant monsters, with the twist being that said monster is controlled by a fifth player, not computer AI. Xbox One owners can enjoy exclusive access to its beta ahead of an October release.

Indeed, cooperative play seemed to be a big focus of E3. Fable, Microsoft’s much-loved fantasy RPG franchise, returned as Fable Legends, which debuts four player co-op and some stunning new visuals, though footage of the game seems to lack some of the wit and unique quality that has accompanied previous entries in the series. Countering that was Microsoft’s end-of-conference tease, its “one more thing” announcement. Crackdown — yes, the franchise that became popular due to its inclusion of a Halo 3 beta but transpired to be a pretty decent game in its own right, returns on Xbox One following a lackluster sequel on 360. Judging by the reaction of the crowd, it was a popular decision, as four player co-op (yes, again) was demonstrated alongside new, shiny graphics and some impressive environment destruction abilities. 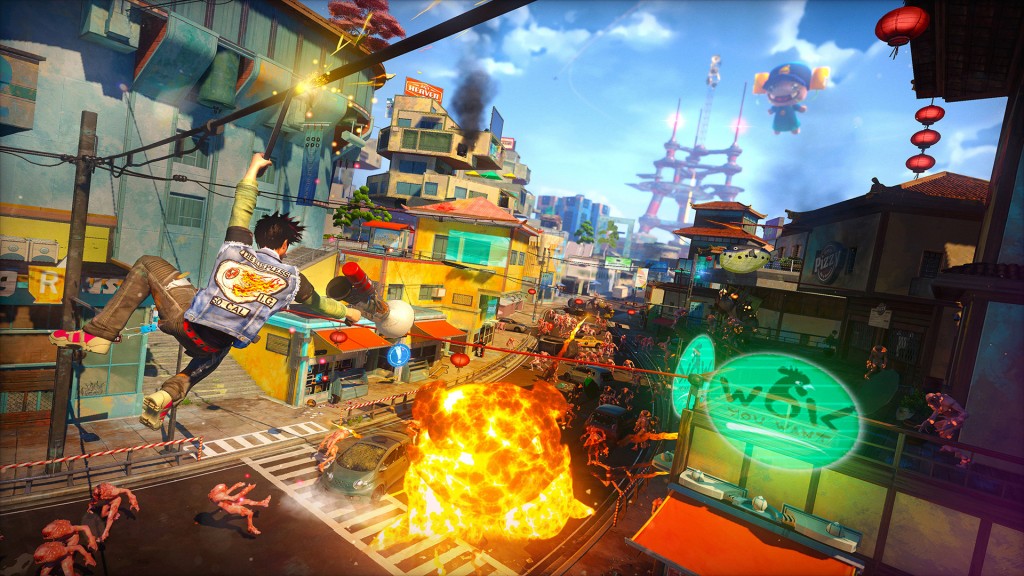 If you’re in the mood for something over-the-top and wacky, though, Sunset Overdrive could be just what you’re looking for. Threatening to upstage everything else on show, its bright, colorful graphics and tongue-in-cheek references look set to put an amusing spin on the grossly overused “kill all the zombies/mutants/whatevers” trope that has affected (infected?) far too many games of late. Here, the general populous has become mutated as a result of drinking a new energy drink, and it’s up to you (and your friends) to take them down with a variety of fantastic, fantastical weaponry. While Sunset was one of the biggest games on show, Microsoft also showed a lot of love to gaming’s smaller creators. Indie developers, who’ve received a lot of love from Sony recently, are being given renewed focus by Microsoft to ensure they aren’t left behind in the battle to recruit excellent indie PC developers to create content for consoles. One such example came from the developers of acclaimed indie game Limbo, who debuted their new game Inside, which looks to be just as simple yet emotional as its black and white predecessor, but with a colorful, Orwellian dystopia to wander through.

Of course, it’s important to remember why Microsoft is so important to gaming in the first place: Master Chief. The main character of the Halo franchise has become a mascot for Xbox fanboys everywhere, touted as the influence behind many of the mechanics of the majority of first-person shooters available today. Halos 1 and 2 were masterpieces of gameplay, multiplayer and storytelling on the original Xbox (though 3 and 4, at least in this reporter’s opinion, were somewhat less compelling). That made Microsoft’s announcement of the Master Chief Collection one of the greatest “greatest-hits” compilations of our time.

Consisting of all four main games in the franchise, all running at 1080p and 60fps on Xbox One, with over 100 multiplayer maps from every game and every piece of DLC, it puts every other HD collection remake to shame. Gamers can jump between every story mission and every multiplayer map – with friends in tow – letting gamers relive the glory days of Halo 2 (one of the greatest multiplayer games in history) back when Xbox Live was in its infancy. For $60, it’ll be an absolute steal when it launches Nov. 11.

Really, though, it was Microsoft’s main rival that had everything to lose.

Rhuaridh Marr is Metro Weekly's managing editor. He can be reached at rmarr@metroweekly.com.
← Previous Story Final Fantasy XIV will include same-sex marriage
Next Story → Wolfenstein: The New Order