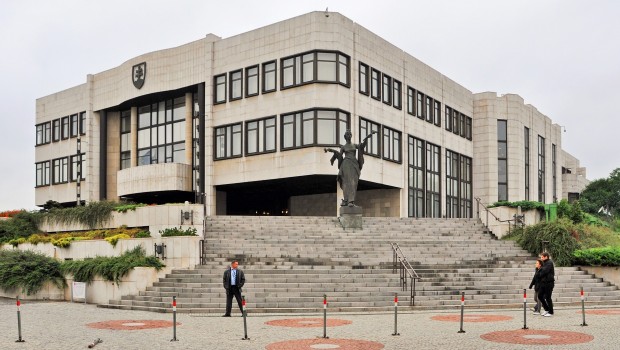 The Slovakian parliament has amended the nation’s constitution to ban same-sex couples from seeking marriage.

On Wednesday, June 4, the Slovakia National Council voted to alter the text of the constitution to define marriage as between one man and one woman. Of the 150 members of parliament, 123 took part in the vote, with final results standing at 102 for and 18 against. As the parliament requires a two-thirds majority to alter the constitution, the amendment passed by just three votes. The new amendment specifically prevents same-sex couples from gaining the same recognition and protection as heterosexual married couples, stating “it will be impossible for the rights and duties associated with marriage to be conferred in any way other than a legally recognised union between a man and a woman.”

The amendment was championed by the opposition Christian Democrats and the ruling Smer-Social Democracy party, as well as the country’s Prime Minister Robert Fico. In the predominantly Roman Catholic nation, political pundits have claimed Fico supported the vote to gather supporters after a failed bid for the presidency in March’s elections. According to Pink News, members of parliament were given the amendment proposal just hours before it was due to be debated at committee, with no public consultations taking place on the matter.

The European Parliament’s LGBT Intergroup issued a statement, with Co-President Ulrike Lunacek MEP condemning the move by the Slovakia, which is a member of the European Union. “This amendment doesn’t ‘defend’ marriage,” he said. “Its sole purpose is to limit the rights of lesbian and gay couples. It will have consequences for all other forms of families, like single parents or unmarried couples.”

Michael Cashman MEP, also Co-President of the LGBT Intergroup, also added to the criticism. “Equality is a defining element of a civilised and inclusive society,” he wrote. “While in many countries, Social-Democrats were a defining force in fostering equality for all, in Slovakia SMER decided to work with arch-conservatives to populist ends. It’s a disgrace, and they should be ashamed of trampling the very values they claim to defend.”

Slovakia differs from its neighbor the Czech Republic, with which it was once joined, as the latter is one of the most liberal in Europe when it comes to LGBT rights. Same-sex citizens in the Czech Republic can enjoy registered partnership status, which offers many of the rights offered to married heterosexual couples. Slovakia offers no such recognition for its same-sex couples. While both include LGBT people in anti-discrimination laws — a requirement for membership of the EU — and gays can serve openly in the military in both states, Slovakia prevents all forms of adoption, denies access to IVF for lesbian women, bans gay men from donating blood and denies the legal right to change gender. Conversely, in the Czech Republic, which has one of the least religious populations in the world, only joint couple adoptions and full marriage rights have yet to be implemented.