Never mind whether President Harry Truman or someone else originally quipped, “If you want a friend in Washington — get a dog.” A friend? These days it seems more people in Washington want a child.

“D.C. is a city where there may not be as many people with children as elsewhere — natural human children,” Dave Liedman says. “So the dogs become the children. And there are more and more people treating their pets as regular family members.” 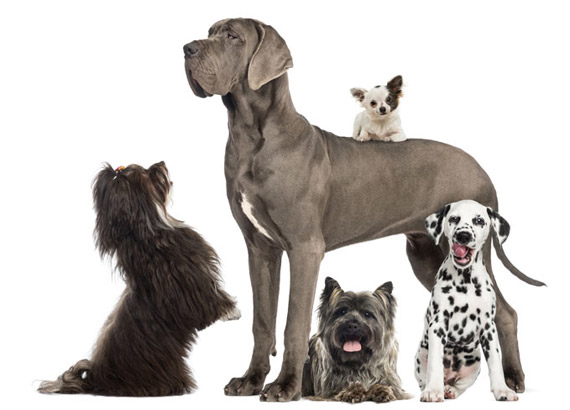 Liedman would know. An owner since 2004 of City Dogs on 18th Street in Dupont Circle, Liedman offers a range of dog care services, from training to grooming and bathing. But the core of City Dogs, founded in 1999, has always been day care and boarding — including careful screening and regular monitoring procedures that gives a pup parent greater peace of mind and almost makes it seem like the doggy equivalent of a human child’s elite prep school. And really, doesn’t Fido deserve the best? And also, wouldn’t you like to know if he’s been bad or good? At City Dogs, it’s a given. “We give out report cards every day,” Liedman says, “just to let them know how their dog is doing at day care…. And to let people know if their dog is enjoying their stay or not.”

Ultimately, not all of them do. Day care just isn’t for every dog. If your dog doesn’t like to play with other dogs and isn’t a fan of the dog park? “City Dogs may not be the right place for your dog,” Liedman says bluntly, since playing with other dogs is a big part of day care — and no doubt the chief appeal for most dogs. Liedman is happy to suggest alternatives — be it a farm outside of the city where your dog might be able to roam or chill in relative peace, or a good local dog-sitter who will come spend time with your dog at home. “I’d rather send someone somewhere else if that’s the right place for the dog.”

City Dogs further distinguishes itself from other day care or boarding facilities by keeping big and small dogs in separate areas — “24 hours a day.” And if that doesn’t mean anything to you, or doesn’t sound appealing — your “child” must not be a spunky little dog. Because one bad encounter at a mixed day care facility between your little furry buddy and a big bad bully and you’ll come back to City Dogs with your tail between your legs.

A native of Chesapeake, Va., the 35-year-old Liedman essentially lucked into this line of work. He was working as a disgruntled communications system engineer for the government when an equally disgruntled friend happened to notice that the founder of City Dogs had the business up for sale. So they pounced on it. Taking care of pets was never really Liedman’s idea of a dream job — it was just something he’s always done. “I always had cats growing up as a kid. My mother didn’t want dogs,” he says. “But I was always the one who took care of the neighbors’ dogs when they were gone and all that stuff.”

Liedman has since developed a real passion for the business and for the whole field of dog care — and particularly for dog rescue. An employee at City Dogs encouraged Liedman to start taking in shelter dogs, finding homes for them after Hurricane Katrina in 2005. Three years ago he spun off the nonprofit City Dogs Rescue, which in many ways has become a shared pet project with his partner of seven years, Darren Binder. “We share that passion for pets and rescuing animals, and it’s become one of the foundations of our relationship,” Liedman says. Prior to founding the Rescue the couple had adopted a rescue dog of their own, Cody, a yellow lab who’s now five years old and lives with his dads a few blocks from City Dogs.

City Dogs Rescue has also nurtured a devoted community of volunteers, several dozens strong, many of them gay. “We’ve had so many gay adopters with the Rescue,” he says, noting that the organization’s first fundraiser was at Nellie’s and it has marched in the Capital Pride Parade the last two years. “We’ve definitely become very entrenched in the community.”

But really, that’s all just gravy. The meat of the matter is the success they’ve had on behalf of needy dogs. “We have adopted well over 800 [rescued] dogs…and we have about 80 to 100 available for adoption at any time.

“That’s been the most rewarding part,” Liedman says. “Just doing as much as we can.”