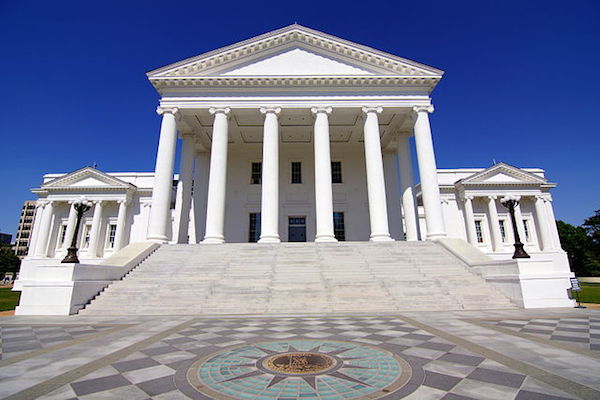 A federal appeals court paved the way Wednesday for same-sex marriages to begin in Virginia on Aug. 20.

The 4th Circuit Court of Appeals ruled 2-1 to deny a motion to put on hold a decision issued last month upholding a lower court’s ruling finding unconstitutional Virginia law prohibiting same-sex marriage and recognition of same-sex marriages performed in other states. The motion is effective seven days after it was issued — Wednesday, Aug. 20 — barring intervention by the U.S. Supreme Court.

Either the defendants or the plaintiffs in the case could now ask the Supreme Court to stay the decision. Such a request would go to Chief Justice John Roberts, who oversees the 4th Circuit. Roberts could either decide himself to accept or deny the stay, or refer the matter to the full Supreme Court.

In previous cases striking down same-sex marriage bans, including in Utah, the Supreme Court has blocked same-sex couples from marrying while those cases have been appealed.

Update at 3:45 p.m.:  Attorneys for Prince Williams County Clerk of Court Michele McQuigg, who is a defendant in the case, said Wednesday they will ask the Supreme Court to put same-sex marriages on hold pending appeal.

“The people of Virginia and every other state should continue to be free to preserve marriage as the union of one man and one woman in their laws if they choose to do so,” said Byron Babione, senior counsel for Alliance Defending Freedom, in a statement. “Because the 4th Circuit chose not to place a hold on its decision as other courts – including the U.S. Supreme Court – have done in nearly identical cases, we intend to ask the high court to do so in this case before the 4th Circuit’s mandate goes into effect. We trust the Supreme Court will grant our request in order to ensure an orderly and dignified resolution of this important constitutional question.”