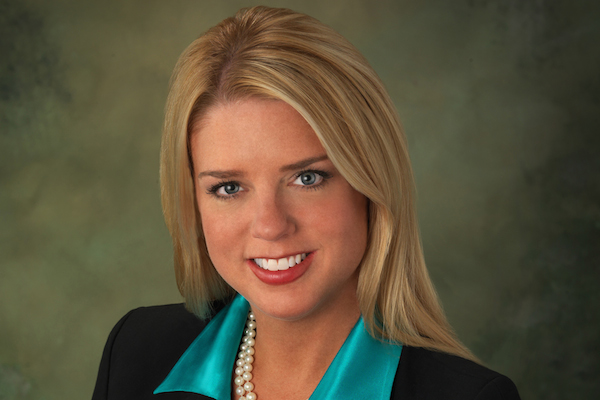 In documents filed late Thursday with Florida’s 3rd District Court of Appeals, Attorney General Pam Bondi (R) wrote that neither the appeals court nor the Florida Supreme Court “can decide this federal issue with finality.”

Three circuit court judges in as many weeks have found Florida’s ban on same-sex marriage unconstitutional. Attorneys for plaintiffs in two of those cases, which applied only to Monroe County and Miami-Dade County, filed to have their cases consolidated. Although Bondi found no objection to consolidating the cases, she disagreed with an attempt to allow the cases to go directly to the Florida Supreme Court for resolution.

“Because the United States Supreme Court is in position to resolve the issue, there is no immediate need for a Florida Supreme Court decision,” the filing states.

On Monday, a circuit court judge found Florida law prohibiting same-sex marriage and the recognition of legal same-sex marriages performed in other states unconstitutional in a third case concerning a woman seeking to dissolve an out-of-state civil union with another woman.