By Troy Petenbrink on August 8, 2014 @thegaytraveler 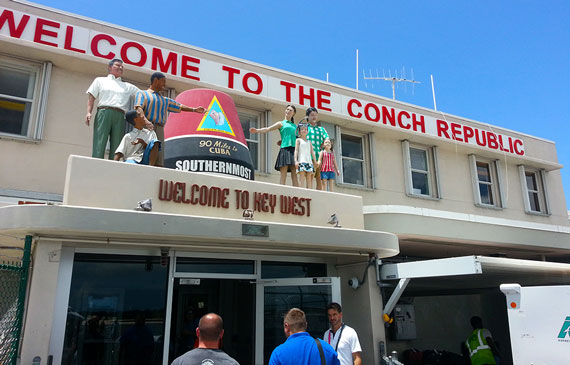 David Sloan knows well the magic of Key West. In his book, Quit Your Job and Move to Key West, Sloan describes his journey from corporate America to the laid back life of Key West. That was in 1996, and he hasn’t regretted one minute.

Of course, Sloan is not alone in his love for Key West. The southernmost city has been an alluring travel destination for visitors from around the world for more than 75 years.  A great deal of those visitors have been and continue to be gay and lesbian. Key West has a well earned reputation as a welcoming destination. It was the first American city to launch a campaign to encourage gay tourism, and its official motto is “One Human Family.”

While not every visitor to Key West decides to make it his or her home like Sloan, they are almost guaranteed to fall under the island’s spell. Here are 12 Must Dos when in the famed Florida city.

The Southernmost Point painted concrete buoy marking one of the extreme points of the United States is likely Key West’s most photographed landmark. Created in 1983, the fact that the buoy is not actually the southernmost point of the U.S. (that honor goes to Ballast Key, a privately owned island south and west of Key West) does not deter hundreds of daily visitors from snapping pictures of it. 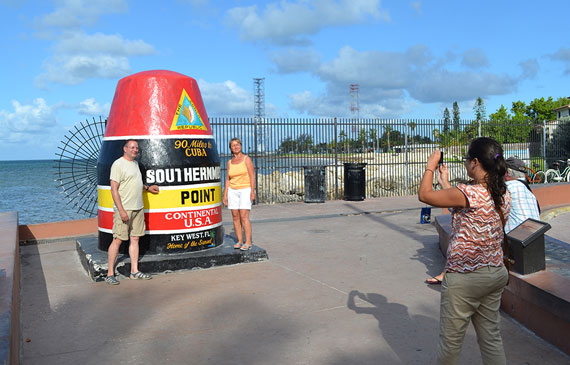 A common misconception is that Key West has no beaches. That is not true. Key West has a number of nice sand beaches. The beach at Fort Zachery Taylor Historic State Park — affectionately nicknamed Elizabeth Taylor Beach by the local gays — is one of the most popular. There is also Smather’s Beach (the island’s largest at approximately a half mile long) and Higgs Beach that are both on the easterly Atlantic Ocean side of the island. Adjacent to Higgs Beach is the Key West AIDS Memorial in remembrance of the more than 1000 people from Key West who have died of AIDS. 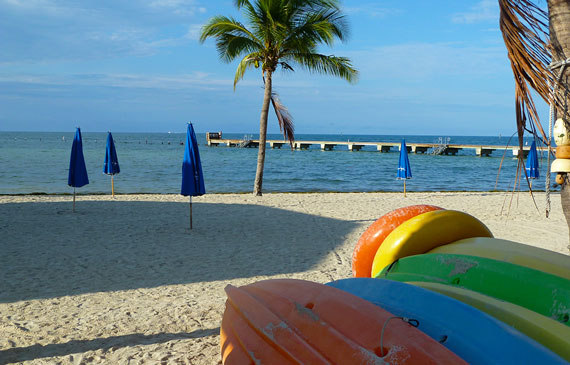