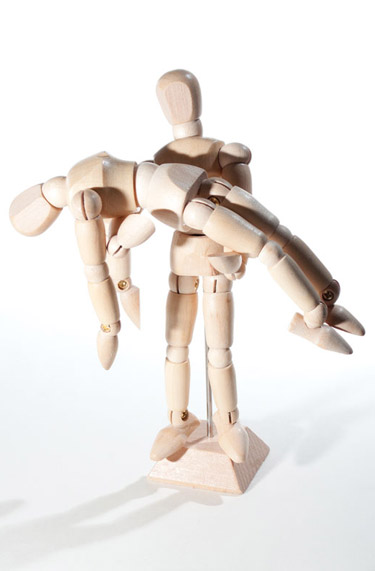 It’s fall again, and that can only mean one thing: It’s Oscar-baiting season. Yes, in the run-up to the 2015 Academy Awards, get ready for a glut of films designed to draw the attention of Academy voters — period pieces, strong solo performances and big-budget epics will all vie for a slice of the Oscar pie. Don’t worry, though, if you’re in the mood for lighter fare, as there’s still a number of films that cater to every demographic. From animated family movies to guilty pleasures, blockbuster young adult films to another dreadful Nicholas Sparks offering which every mother and teenage girl will tell you is incredible, the fall schedule offers something for everyone.

No Good Deed — Originally scheduled for release in October of last year, the first film on our list looks like it could be one worth waiting for. Idris Elba (Luther, The Wire) stars as the handsome stranger who talks his way into the home of Taraji P. Henson (Person of Interest) following a car crash. Proving that no good deed goes unpunished (you can see what they did there), Henson finds herself at the mercy of the stranger as he terrorizes her and her daughter. Expect strong performances, tension and the feeling that we’ve seen this kind of plot many times before.  (9/12)

The Drop — The premise of The Drop — Bob Saginowski (Tom Hardy) finds himself part of a robbery gone awry and a subject in the subsequent investigation into his neighborhood and its residents — is overshadowed by one fact. It is the last time viewers will be able to see fresh material from the late, great James Gandolfini on the big screen. Whether or not The Drop, from the writer behind Mystic River and Gone Baby Gone, is a fitting end for Gandolfini is irrelevant, as many will flock to see it simply for a final glimpse at the acting talents of a man gone before his time. (9/12)

The Skeleton Twins — SNL fans, listen up. The Skeleton Twins stars two of the long-running sketch show’s greatest products, Bill Hader and Kristen Wiig. Throw in the ever-dependable Luke Wilson, Emmy-winning awkward dad Ty Burrell and a script that walked away with an award at Sundance and we have the ingredients for an excellent film. Hader and Wiig play twins who each cheat death on the same day, forcing them to reconnect and reevaluate their lives. Expect emotion, comedy and great performances. On top of all that, Hader’s character is gay, though he’s thankfully/unfortunately toned it down from his Stefon days. (9/12)

Bird People — Watch the trailer for Bird People before you head to the cinema. If you remain intrigued after its relatively mundane two-and-a-half minutes, then you’ll likely be the sort of person who will be able to sit through the film’s relatively mundane two-hour runtime. Starring The Good Wife’s Josh Charles, it follows a Silicon Valley software engineer who quits his job after suffering a midlife crisis during a layover in Paris. Don’t expect dreamy shots of the city of love — most of the action takes place in an airport-adjacent Hilton — but its slow start leads into a surreal twist towards the latter half. Oh, and it’s partially in French. (9/12)

My Old Lady — Back to Paris we go, for the dramedy My Old Lady. There’s no shortage of talent, with Kevin Kline, Kristin Scott Thomas and the Academy- and Emmy-Award winning Dowager Countess herself, Maggie Smith. Kline heads to Paris to liquidate an apartment owned by his father, only to find Smith and Thomas staying in it. Unable to sell, he moves in. Cue odd-couple scenes between Kline and Smith, rom-com moments between Thomas and Kline, and likely an agreeable experience had by those who venture out to see it. (9/12)

The Maze Runner — The latest attempt by studios to create a new Hunger Games-style franchise, The Maze Runner derives its plot from the bestselling novel by James Dashner. Intended to kickstart a franchise of films, it centers on Thomas, who wakes up inside a vast maze among a group of teenage boys. He has no memory, no idea why he’s there and must fight to escape from the deadly confines of the maze’s outer areas. There’ll be CGI, suspense, action and a cliffhanger ending designed to make you demand a sequel. Of course, if the film bombs, you can save yourself from torture and read the books instead. (9/19)

This is Where I Leave You — We sometimes have to question the motives behind Hollywood’s decision-making. Here, we have an incredible cast, including Tina Fey, Jason Bateman, Jane Fonda, Rose Byrne and Connie Britton, and they’re squandered on a film that had so much promise but has, at best, been described as formulaic. Based on the bestselling novel by Jonathan Tropper, about a family gathered for Shiva following the passing of their patriarch, it’s a film you’ll see for its cast, but likely forget about on the drive home. (9/19)

A Walk Among The Tombstones — A film based on the novel of the same nam– wait, are original screenplays no longer a thing? No? Okay. It’s fitting that the film is an unoriginal work as there’s a lot here we’ve seen before. Liam Neeson stars as husky-voiced protagonist #397, who’s hired by a man to find a kidnapped woman. See, she’s been taken. Her kidnappers are unknown and we don’t know where she’s been taken to. If I could think of a good Taken 3 pun I’d work that in there as well. It’s Liam Neeson in a thriller — you know what you’re getting. (9/19)

The Guest — It’s clearly Dan Stevens’ week, as he stars in this film and the one above. Not that we’re complaining, as the blue-eyed British actor is a very welcome sight on our screens. Stevens eschews his affable charm from Downton Abbey to take on a much more sinister role as a returning soldier from Afghanistan who travels to the home of a family who lost their son in the war. There, he works his way into their lives, but all is not as it seems. Directed by Adam Wingard (You’re Next), it’s an intelligent psychological thriller that should leave fans of the genre — and Dan Stevens — pretty satisfied. (9/19)

Tusk  — Here’s the one-line synopsis for cult director Kevin Smith’s new horror-drama Tusk: “A man is captured by a maniac and tortured, physically and mentally, into becoming a walrus.” You’re going to see this for Smith, for the horror or for the fact that it’s Justin Long who’s being tortured, but it should be utterly ridiculous fun regardless. (9/19)

The Zero Theorem — Billed as the final part of his dystopian satire trilogy that started with Brazil and continued with 12 Monkeys, Terry Gilliam’s The Zero Theorem features Christoph Waltz as a reclusive computer genius intent on discovering a formula to determine the meaning of life. It looks utterly insane, but fans of Gilliam’s work likely wouldn’t want anything less. (9/19)

Tracks — Tracks tells the real-life story of Robyn Davidson (Mia Wasikowska), who gives up her life in the city to travel across the Australian outback with nothing except her dog and four camels. It’s a 2,000 mile journey through harsh desert terrain, but Wasikowska’s wonderful performance and some truly gorgeous cinematography carry what could have been an otherwise tedious trek. (9/19)

Hector and the Search for Happiness — Simon Pegg reminds us why audiences and critics shunned him in mediocre comedies Run Fatboy Run and How to Lose Friends and Alienate People. He’s back again, though, in this equally dire attempt. It bombed at the British box office and has been crushed by critics. Rent both new Star Trek films and watch Pegg steal every scene as Scotty instead. (9/19)

The Equalizer — Let’s get this out of the way: you’ve seen The Equalizer countless times before. A quiet, unassuming guy with a mysterious past? Check. He has a hidden set of skills that make him a total badass? Check. A young girl in need of help? Check? Russian mob villains? Check. Guns, fights, action, explosions? Check everything. It’s an action-thriller by-the-numbers. Still, Denzel Washington puts his cool, calm style to great effect as the lead character, so it should be entertaining to watch regardless. (9/26)

The Boxtrolls — There’s very little about the latest from Laika, which brought us the charming, beautiful Coraline and ParaNorman, that makes it seem worthy of viewing. It features a rather dull premise — a community of trolls who live in boxes under the streets of a city raise a human boy as one of their own — and has received a lukewarm critical response. Both children and adults alike will get more from the studio’s prior works. (9/26)

Pride — If there’s one thing Britain does well, it’s producing utterly charming comedies featuring thick regional accents and fish-out-of-water scenarios. Calendar Girls, The Full Monty, Kinky Boots are all enjoyable pieces of cinema. Enter Pride. Set in a small Welsh mining village, it details the true story of a London-based LGBT group that worked to raise money for mining communities affected by the miners’ strike of 1984. National unions rejected support from “pervertsm,” so the group instead took their fundraising directly to the communities where it was needed. The film focuses on the common problems faced by both LGBT people and miners alike — tarred by the brush of the political establishment as a problem — and the bonds that grew between them. It should make for a thoroughly enjoyable, emotional two hours. (9/26)

The Two Faces of January — Slick, stylish and oozing with ‘60s charm, this thriller set in Greece focuses on a wealthy American couple who befriend an expat working as a tour guide. A murder at the couple’s hotel puts the trio on the run, with the film exploring the bonds and allegiances between husband, wife and the stranger they’re forced to be with. The highlight of the film is the performances from its three leads, Viggo Mortensen, Oscar Isaac and a revitalized Kirsten Dunst, who shines as Mortensen’s young wife. (9/26)

Days and Nights — Inspired by Anton Chekhov’s The Seagull, this film, set in 1980s New Jersey, explores a family as they confront the fragile nature of love over Memorial Day weekend. Starring Cherry Jones, William Hurt, Katie Holmes and Allison Janney, its screening at the Palm Springs Film Festival drew a lukewarm response and there’s very little information available — a trailer wasn’t easily discoverable at the time of writing, either, so you’ll be going in blind if you can find a screening. (9/26)

Next, films for October.