By Doug Rule on September 2, 2014 @ruleonwriting 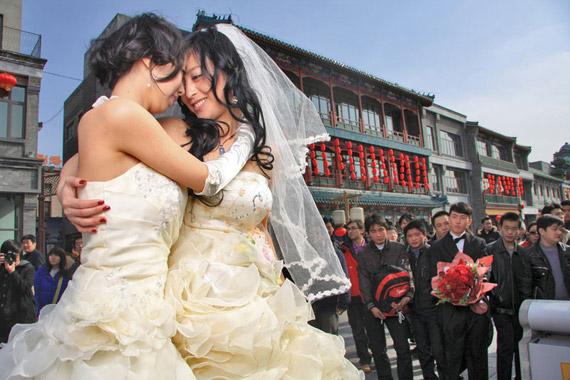 What’s it like to be LGBT in China? “I would say in big cities, like Beijing and Shanghai, people are more open. But in small towns, people are not,” says Echo Xie, a native of Beijing who has lived in D.C. since moving here a few years ago to study at American University.

As deputy director of the DC Chinese Film Festival, Xie, in charge of programming, has essentially made it her mission to offer a window into her culture that is rarely seen. “There are a lot of really good independent Chinese films but they don’t have a lot of opportunities to be shown here in the U.S.,” she says. “The main films that people get to see here…[reveal] very little about contemporary China, or what lives are like nowadays in China.”

The festival was started two years ago as “completely community organized,” without any funding from the Chinese government. As a result, DCCFF, now in its second year and set for the weekend of Sept. 5, shows films and offers programs the homophobic communist government wouldn’t allow. For example, the program “LGBT Spotlight: Exploring Gay China On/Off Screen” (9/6, 10 p.m.) features two short films, one exploring public attitudes about same-sex marriage in Beijing and the other the challenges of coming out in small-town China. After the films screen at Silo Restaurant near Chinatown, a panel, including Stephen Leonelli, former director of the Beijing LGBT Center, and Sam Zhao, founder of the first lesbian magazine in China, will discuss the country’s broader LGBT concerns.

The festival opens Thursday, Sept. 4, at 8 p.m., with another film of LGBT interest, Golden Gate Girls. Hong Kong filmmaker Louisa Wei’s documentary pays tribute to an unsung American filmmaker, Esther Eng. “She was the first Chinese female filmmaker in Hollywood in the ’30s and ’40s, and she was also openly lesbian,” Xie says.

Xie is dedicated to the medium of film, having also volunteered with other local festivals, from FilmFest DC to the Asian/Pacific-American-focused DC APA Film Festival. “I always think watching films is the best way to learn about culture — and foster cross-cultural communication.”