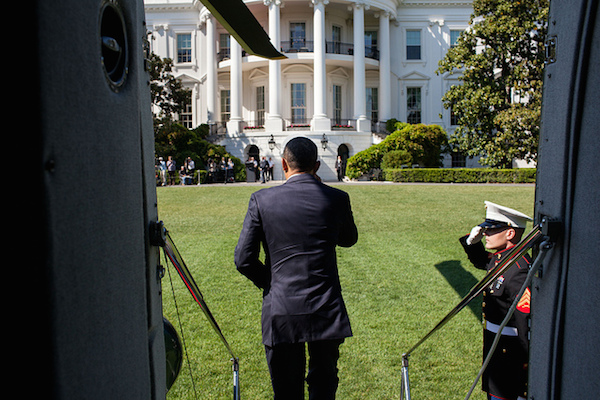 In a Sept. 29 letter to Obama, 44 Democratic members of the House of Representatives wrote that any forthcoming executive orders on immigration reform must take into account the “uniquely dangerous and difficult circumstances facing LGBT immigrants.”

Of the 267,000 LGBT immigrants living in the U.S. today, the letter states, many have fled countries where they faced threats and violence due to their sexual orientation or gender identity.

“These individuals are often seeking refuge from prejudice and persecution, but when they arrive in the United States, they encounter a complicated immigration system that can expose them to new risks and familial separation,” the letter states. “Same-sex couples, who lack the freedom to marry in most parts of the country and the world, are routinely separated; LGBT people face gender-based violence in detention; and individuals are deported back to countries where their sexual orientation or gender identity puts their lives in grave peril.”

Accordingly, the members of Congress write that deporting LGBT immigrants back to hostile countries is an “unconscionable practice” and that forcing them to return so to apply for permission to return with permanent status to the U.S. is unnecessary under current law.

The letter, which urges the Obama administration to focus enforcement efforts on those undocumented immigrants who have violent criminal records rather than those who do not, comes after the White House announced earlier this month that Obama would postpone executive action on immigration reform until after the midterm elections in November. In June, Obama promised to take executive action on immigration reform by the end of the summer after House Speaker John Boehner said the House would not take up the issue this year. Immigration reform has languished in the Republican-controlled House of Representative since the Senate approved an overhaul of the nation’s immigration laws 68-32 last year.

Over the course of the past year, Obama been more keen to use his pen to take executive action on issues that Congress will not act on, including LGBT issues. Earlier this summer, Obama signed a long-sought executive order prohibiting federal contractors from LGBT workplace discrimination. He also prohibited the federal government from discriminating against transgender federal employees.

In their Monday letter to Obama, which was led by Reps. Jared Polis (Colo.), Raul Grijalva (Ariz.), David Cicilline (R.I.) and Zoe Lofgren (Calif.), members of the House expressed disappointment in Obama’s delay, but wrote that they remain hopeful he will move swiftly to provide relief to LGBT immigrants. No Republicans signed the letter.

“We are dedicated to enacting legislation that fixes our broken immigration system and reflects our values as Americans and will continue to work with you and our colleagues to pass a comprehensive immigration reform bill,” the letter states. “However, it is imperative that you use the tools at your disposal to ensure that families stay together, that immigrants are not put in harm’s way, and that LGBT people are not subjected, at the hands of the American government, to the dangers from which they have fled.”