By Justin Snow on September 9, 2014 @JustinCSnow 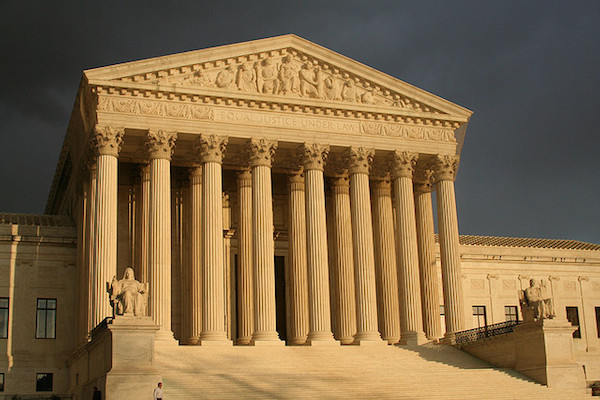 After more than a year of federal court victories for marriage equality, one judge broke the string last week with a decision that upheld a same-sex marriage ban in the Deep South.

U.S. District Court Judge Martin Feldman, who was nominated to the federal bench by President Ronald Reagan in 1983, ruled Louisiana law prohibiting same-sex marriage and recognition of same-sex marriages performed in other jurisdictions is constitutional — a conclusion that stands in contrast with those reached by every other district court judge who has considered the issue in the past year.

“This Court is persuaded that Louisiana has a legitimate interest…whether obsolete in the opinion of some, or not, in the opinion of others…in linking children to an intact family formed by their two biological parents, as specifically underscored by Justice Kennedy in Windsor,” Feldman wrote.

Marriage-equality advocates have been riding a wave of momentum that all signs indicate will end at the Supreme Court. However, Feldman’s ruling — no matter much it has been panned by same-sex marriage supporters — serves as a reminder that until a national resolution is achieved, a countless number of same-sex couples will continue to be denied the right to marry.

“The silver lining of this outlier, ill-reasoned decision is that it is a reminder that we haven’t won yet and couples are still at the mercy of different states and different laws even though they’re invoking the Constitution that should be applied nationwide to all families,” says Evan Wolfson, founder and president of Freedom to Marry. “We are not done.”

Feldman’s decision was one many marriage-equality supporters had been waiting for. Despite the bipartisan legal consensus reached by judges appointed by Republicans and Democrats that bans on same-sex marriage infringe on the constitutional rights of same-sex couples, inevitably, it seemed, a federal judge somewhere would disagree.

For opponents of same-sex marriage, who have witnessed public support flee from their side in recent years, the decision was the morale boost they had been waiting for.

“Here we see the house of cards collapsing that supported the myth that redefining marriage is inevitable,” said Brian Brown, president of the National Organization for Marriage, in a statement. “This decision by Judge Feldman in Louisiana is a great win for the cause of marriage, coming as it does on the heels of other pro-marriage court victories, that puts the lie to the claim that it is inevitable the US Supreme Court will redefine marriage. To the contrary, we believe they will leave this issue with the states.” In a fundraising email to supporters, Brown described Feldman’s decision as “a wonderful resource and encouragement” that is “like a breath of fresh air let into a dank and stale cellar.”

Tony Perkins, president of the Family Research Council, said the ruling was a victory for children, the rule law and religious liberty and free speech, “which are undermined anywhere marriage is redefined.”

One day later, however, the 7th Circuit Court of Appeals ruled 3-0 in a decision penned by a judge nominated by President Ronald Reagan that same-sex marriage bans in Indiana and Wisconsin are unconstitutional. Perkins said that decision, unlike Feldman’s the day before, was a “radical departure from natural law and the received wisdom of human history.”

Feldman’s decision may not be the last to uphold a ban on same-sex marriage, but it is all but guaranteed to remain in the minority. No federal appeals court has yet to declare a state ban constitutional, although the 6th Circuit Court of Appeals when considering same-sex marriages bans in Michigan, Ohio, Tennessee and Kentucky last month seemed most skeptical of striking down such bans. Even an appeals court loss could work in the favor of marriage equality advocates by demonstrating a conflict among the circuits to the Supreme Court and need for the justices to resolve the matter.

The decision to uphold the Louisiana ban will be appealed to the 5th Circuit Court of Appeals and even should it be reversed, Feldman’s view that the definition of marriage should be addressed through the democratic process seems likely to remain key in the ongoing debate over the right of same-sex couples to marry.

“Judge Feldman’s decision is an outlier, but will surely be brought up when a marriage case or cases reach the Supreme Court,” says Charles Joughin, spokesperson for the Human Rights Campaign.

With it appearing more and more likely that the Supreme Court will consider a same-sex marriage case next year, Feldman appeared to justify his decision to history and perhaps himself.

“It would no doubt be celebrated to be in the company of the near-unanimity of the many other federal courts that have spoken to this pressing issue, if this Court were confident in the belief that those cases provide a correct guide,” Feldman wrote. “Clearly, many other courts will have an opportunity to take up the issue of same-sex marriage; courts of appeals and, at some point, the U.S. Supreme Court. The decision of this Court is but one studied decision among many.”