Bentley offers a lot of power... for a lot of money 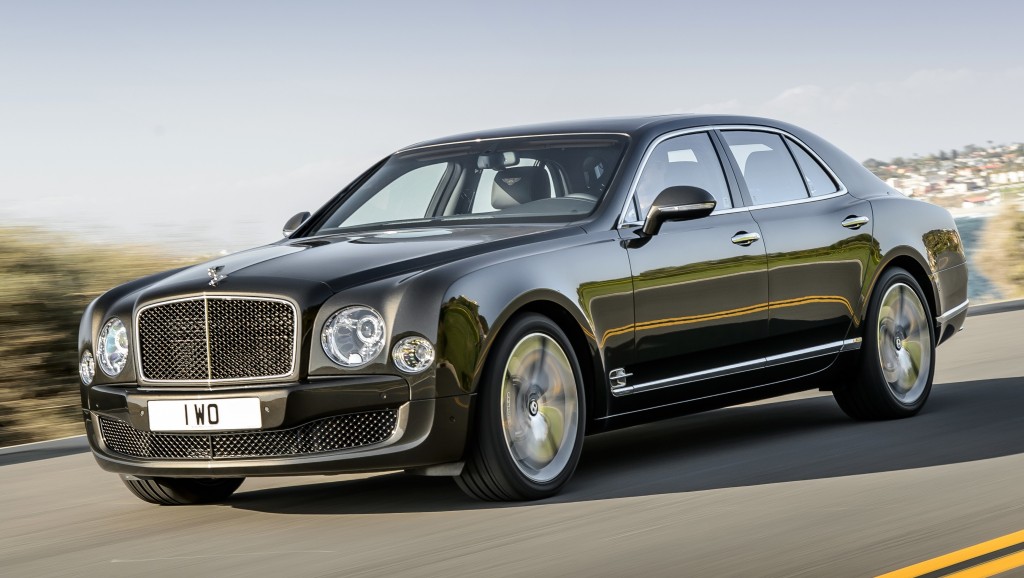 How much power is too much power? A pointless question, perhaps. The quest for power, and the desire to control it, is deeply ingrained in the human psyche. Whether it’s control over the TV remote, control over ordering the office lunch, or control over a dictatorial regime, as a species we like to wield power.

It’s no different when we step behind the wheel of a car. As technology improves, manufacturers find more and more ways to squeeze every last drop of power out of each gallon of fuel our cars consume — turbochargers, superchargers, software upgrades, more accurate fuel management, and so on. A supercharged V6, a turbocharged V8, a naturally aspirated V12 — it doesn’t matter what’s rumbling under the hood, we just want it to be bigger and better than the model that came before it. Real drivers want to plant their foot into the carpets and feel a car come alive as it roars away from the stoplights.

Of course, if you wanted to experience true, raw power, it used to be that sports cars and supercars were the only proper access point. In the mood to be pressed into your seat back with waves of power pushing the car forwards? You’d have to head to your nearest Porsche, or Ferrari, or Corvette dealership. Nowadays? Not so much. Big power can be found everywhere, from hot hatches to pickups, and with figures that increasingly put even the most exclusive of vehicles to shame.

Enter, then Bentley. The renowned British marque has been soldiering on for over a century now, producing big, soft, luxurious sedans and coupes for the well-heeled in society. Currently owned by Volkswagen, Bentley produces some of the most powerful, ostentatious vehicles on the roads. Nowhere, perhaps, is that more evident than in its latest model, the 2015 Mulsanne Speed.

Even in standard specification, Bentley’s flagship sedan is not for the faint of heart. For starters, it stickers at over $300,000 — and that’s before you’ve delved into its deep, expensive options list. The base car has a 6.75-litre twin-turbocharged V8, sending 505 horses to the rear wheels. For the Mulsanne Speed, however, Bentley wanted more. It took the standard engine and upgraded the power to 530 horsepower — a modest upgrade — but it’s the torque which has received the largest boost. The standard engine makes 752 pounds-feet of torque. The Speed? It bumps it up to 811 lb-ft. That’s over 800 pounds of thrust under the control of your right foot, all available from just 1,750 rpm — enough to propel a car roughly the same weight as a Chevy Suburban from zero to 60mph in 4.8 seconds and on to a top speed of 190 mph. In a plush sedan. 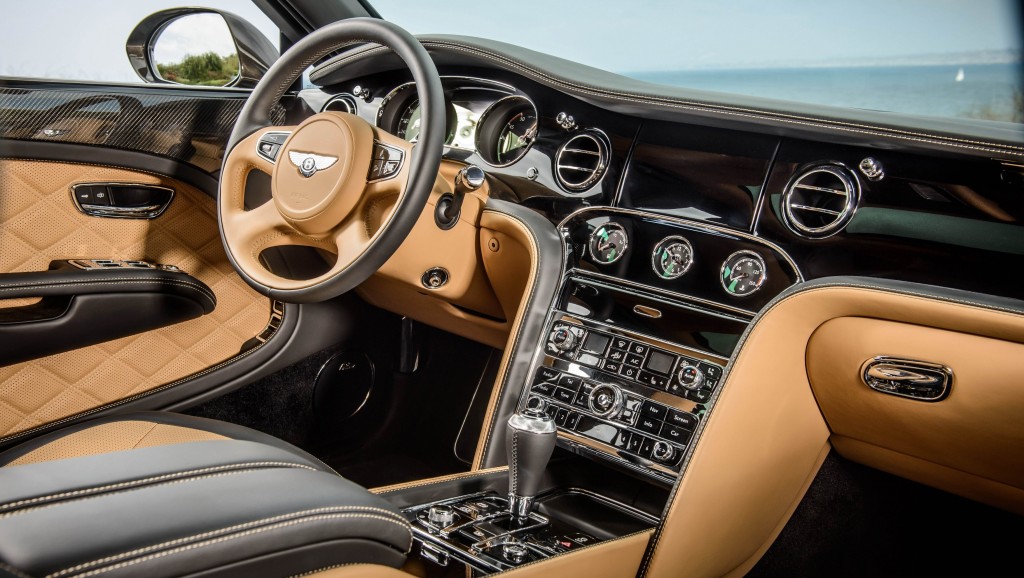 To quantify those digits, here’s a few comparisons. GMC’s 6.6-litre, turbocharged V8 Duramax diesel engine, which can pull almost 18,000 pounds in the Sierra 2500HD truck, produces just 765 lb-ft of torque. Aston Martin’s 6.0-liter V12, as employed in its Vanquish grand tourer — a car capable of cracking 200mph and reaching 60 in 3.6 seconds — produces only 38 horsepower more than the Mulsanne and a mere 465 lb-ft of torque. The Rolls Royce Phantom, the Mulsanne’s closest rival, can only muster 453 horses and 531 lb-ft of torque from its 6.75-litre V12.

Bentley’s sedan is carrying power that was previously reserved for supercars — and even today many of the top brands don’t offer a performance car with as much torque as the Mulsanne has on tap. It’s offering its owners, who, let’s face it, are unlikely to be the ones actually driving it, an incredible amount of power for them to control. Of course, Bentley would like you to believe the Mulsanne is unrivalled in this form, that there are no cars better equipped to offer owners luxury and power in such heaping quantities.

Well, that’s not exactly true. If you’re the kind of person who has the salary for the Mulsanne Speed, might I suggest an alternative? With prices for the Speed expected to carry a premium over the standard model — around the $350,000 mark wouldn’t be unthinkable, though it may be lower — perhaps you’d like to hold onto a little of your hard-earned cash and step into something even faster than the Mulsanne but no less lavishly luxurious? Practically a bargain in comparison, Mercedes will sell you their S65 AMG luxury sedan for a mere $222,000. For that money? A handcrafted, AMG twin-turbo, 6.0-litre V12 engine which produces 621 horsepower and 738 lb-ft of torque. That’s enough to shift Merc’s tech-laden, beautifully crafted sedan from 0-60mph in 4.2 seconds and on to an electronically limited top speed of 155 mph. Unlimited, it’s claimed the sedan could easily top the 200 mph mark.

Of course, you’d have to contend with the plebeians in their standard, $94,000 S550 sedans, but with all the money you’ll save stepping into the S65 over the Mulsanne Speed, you can easily afford to have anyone living near you with the lesser Merc taken care of so they never impede on your daily commute. If that’s too much effort, by all means buy the Bentley — just make sure to leave a little extra cash spare to pay for the tires you’ll inevitably wear through if you make full use of its incredible torque.