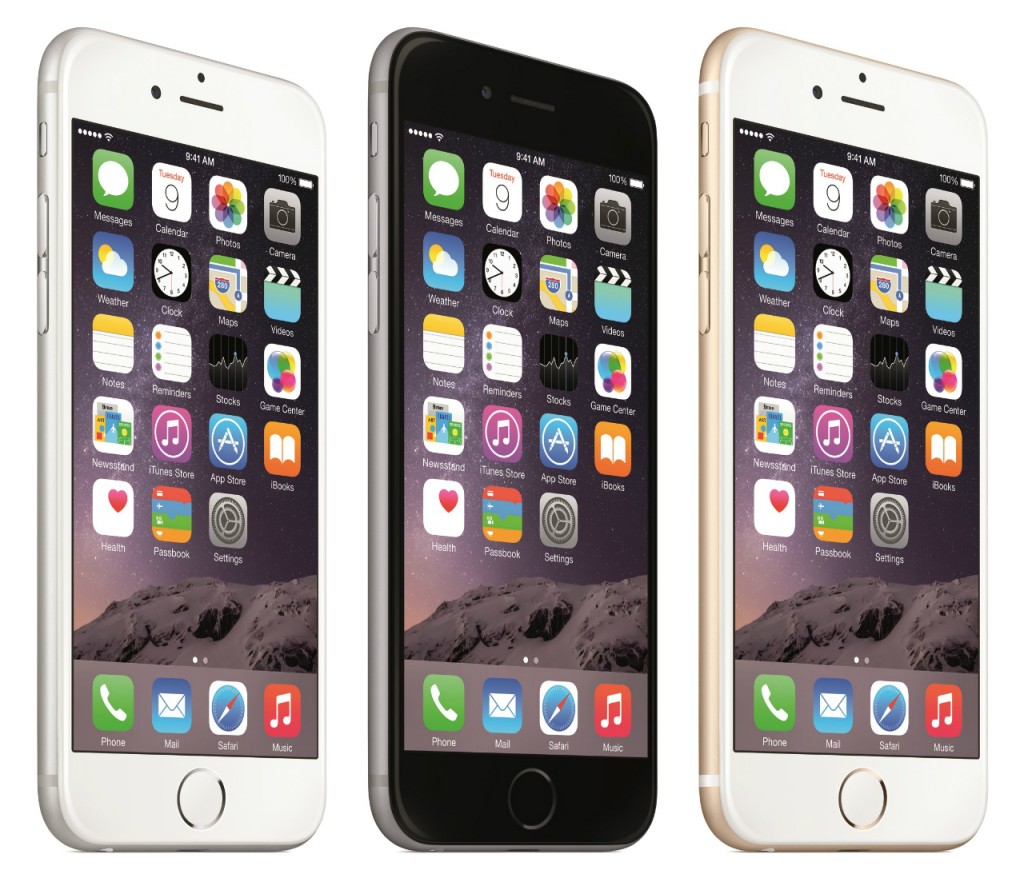 The iPhone 6 and iPhone 6 Plus are available for preorder tomorrow, and Apple have already detailed the pricing for those looking to secure the latest iOS devices.

A fresh contract on one of America’s four largest carriers will set you back $199 for a 16GB iPhone 6, rising in $100 increments for 64 or 128GB of storage, while the larger iPhone 6 Plus will cost $299 for a 16GB model, with similar pricing for the larger capacity versions.

What, though, if you already have an iPhone and want to trade up to the latest fruity concoction? Well, good news everyone, as AT&T, Verizon, T-Mobile and Sprint have all announced their trade-in plans for customers seeking an iPhone on contract.

Let’s start with Ma Bell. AT&T are offering a variety of ways to step into the new iPhones, and the news is good for those of you with an iPhone 5S. AT&T are offering a minimum of $300 for last year’s model — subject to condition, of course — while the 5c, 5, 4s and 4 will net $200 at trade-in, starting this Friday when preorders go live. What’s more, if you’re new to AT&T, the carrier will knock $100 off the price of any iPhone and $200 off the price of any iPad if you sign up to the company’s Next plan. For the 16GB iPhone 6, you’ll be looking at $32.50 per month on top of line rental if you take out a 12 month Next plan, with no upfront charge.

If you’d rather sign up to Verizon, the carrier will offer a gift card worth $300 for your iPhone 5S, with that card value dropping to $200 for the 5c, 5, 4s and 4 — regardless of which carrier they were originally purchased with. However, that gift card is only valid if you sign up to a two-year plan with either the iPhone 6 or 6 Plus. Verizon’s promotion runs until November 17.

Prefer hitching your phone to the Uncarrier’s bandwagon? T-Mobile will not only match any trade-in value offered by another carrier, but will add a further $50 on top to tempt you with. However, it doesn’t start until September 17th and is available for a “limited time”. Naturally, you’ll need to buy a new device and plan, while the $50 extra will be added as credit to your bill, rather than offered on top of the trade-in value.

Is the Now Network more your style? Sprint are also willing to match any trade-in deals you’re offered by other carriers, though the carrier has offered up to $300 in trade-in value for a while now on a variety of handsets, with that money used either to reduce the price of your new handset or added to your bill to save you a few payments. What’s more, Sprint will let you trade in up to three devices per line at once, so if you have a few you’d like to upgrade then now’s the time.

Of course, if you’re moving from Android or Windows Phone over to Apple, each carrier has its own trade-in scheme not tied to the launch of the iPhone 6 and 6 Plus, but it may be worth your while to shop around. Used iPhones tend to fetch the highest prices, and carriers will offer less than your phone is likely worth if it’s running another OS. AT&T quote $159 for a 5-month-old Galaxy S5, but Best Buy’s trade-in program will give you $255, for example. As ever, do your homework before you head in-store or to one of the carriers’ websites, as you could easily add another $100 to the price of your trade-in elsewhere.