By John Riley on October 2, 2014 @JohnAndresRiley

Administration officials at The Catholic University of America cancelled an event hosted by the College Democrats after the university objected to a flier advertising the event as a “kick off” to LGBT Awareness Month. 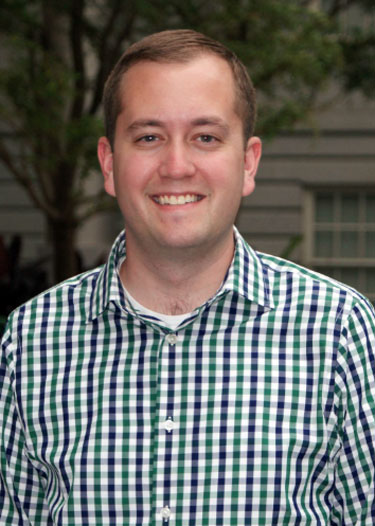 The College Democrats had planned to screen Milk, a film about the life of openly gay San Francisco politician and LGBT rights movement leader Harvey Milk as part of a “Milk and Cookies” event. Prior to the screening, the students were to listen to talks from John White, a professor of politics at the university, and Kevin Walling, a CUA alumnus and the openly gay chair of the Montgomery County Democratic Central Committee (MCDCC), about the effect of the gay rights movement on the Democratic Party, along with free milk and cookies. The event was based on a similar one that had been held at the university in 2011, under a different administration.

Walling told Metro Weekly he had only learned of the cancellation on Wednesday morning by the Office of the Dean of Students. He said he was told that the university needed to take action due to the manner in which the “Milk and Cookies” event was advertised. On the flier, the College Democrats had included a rainbow flag, which officials complained was too large and too prominent, and a description referring to the event as a “kick off” to LGBT Awareness Month, which the university does not recognize, in keeping with the Catholic Church’s teachings on homosexuality. Although Pope Francis, as the head of the Church, has previously rejected the idea of marginalizing homosexuals, and has even suggested that gay civil unions may be tolerable in the Church’s eyes, CUA’s administration has largely been hostile to the idea of even broaching the topic of homosexuality.

The university previously rejected a 2012 proposal to allow the constitution of CUAllies,  a student organization for LGBT students and supporters, over concerns that the club would turn into an “advocacy organization” for LGBT causes, despite promises by organizers that the group would not actively promote causes that might be in conflict with Catholic Church teaching, and the fact that the university had previously had an officially recognized LGBT organization from 1998 to 2002 without incident.

Walling said he questions the motives behind the cancellation. He said that, in his prepared speech, he was simply going to talk about his personal experience as the first openly gay chairman of MCDCC and his experiences as a CUA student, including the fact that those who are openly gay can still be devout Catholics.

Victor Nakas, the associate vice president for public affairs at the university, emailed a statement outlining the university’s objection to the event.

“In mid-September, the University’s chapter of the College Democrats organization submitted a request for approval of an external speaker to participate in an educational program about the impact of the gay rights movement on the Democratic Party,” the statement read. “The proposed program, Milk & Cookies, was to consist of an educational discussion followed by a movie screening. Following a review by an administrator in the Office of Campus Activities, the request was approved. …In late September, the College Democrats began to advertise the event  as a kickoff to LGBT Awareness Month. When the request for approval had first been submitted by the College Democrats to the Office of Campus Activities there had been no indications that the program would be a kickoff to LGBT Awareness Month. On September 30, the Office of the Dean of Students was made aware of the advertising. For University administrators it called into question whether the event had changed in nature from one of education to one of advocacy.”

Nakas also said in the statement that the Director of Campus Activities is working with the College Democrats to review the program request to ensure is is promoted and presented as an educational event. The program is expected to be rescheduled for later in October.

The CUA College Democrats also posted a response to the controversy on the organization’s Facebook page.

“We are very disappointed that our event had to be canceled due to what is perceived to be a miscommunication within OCA,” they said in the statement. “The CUA College Democrats had no intention of undermining the administration of holding an event that went against school policies. By having our event approved, and having our advertising approved on Monday, we were under the impression that we had followed the guidelines necessary for hosting an event on campus. We are currently working to clear up the miscommunication and we look forward to showcasing the story of a politician who broke down barriers at a future date.”

Following the decision, the CUA College Democrats received an outpouring of support on social media from both alumni and celebrities, with Milk screenwriter and Academy Award Winner for Best Original Screenplay Dustin Lance Black taking to Twitter to tweet “Sending love and support to the students @CatholicUniv. Happy to help. Let me know if/when you have a new date set!”