French study: PrEP protects against HIV when taken before sex 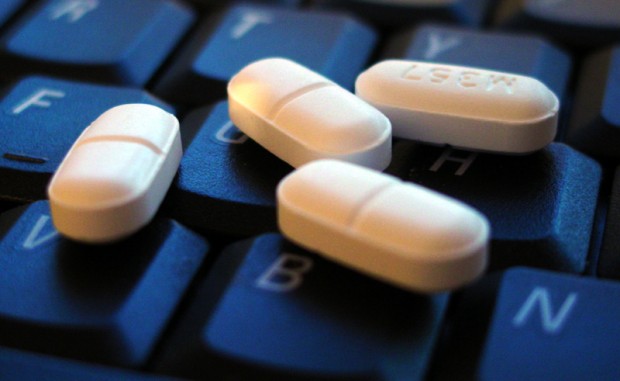 A French study investigating Pre-Exposure Prophylaxis, or PrEP, has determined that the drug is still effective at reducing the transmission of HIV when taken on-demand, as opposed to every day.

PrEP, offered as the brand name Truvada in the United States, is currently recommended as a once-daily pill for gay and bisexual men who are at risk of becoming infected with HIV. “When taken consistently,” the CDC notes, “PrEP has been shown to reduce the risk of HIV infection in people who are at high risk by up to 92%.” Combined with safe sex practices, such as condoms, that reduction in risk further increases.

Current recommendations require that those prescribed PrEP take the drug daily, as it “is much less effective if it is not taken consistently,” the CDC cautions. A French PrEP trial, ANRS Ipergay, has countered those claims with the results of its most recent study (translated from French using Google Translate). Compared with a placebo group, those who took PrEP on-demand — before sexual intercourse —  had “a very significant reduction in the risk of HIV infection,” with Ipergay recommending that ,”all trial participants can benefit from Truvada PrEP ‘on demand’ at the time of sexual exposure.” However, the study’s coordinator, John-Michel Molina was quick to contest that PrEP could replace safe sex practices altogether, stating “the condom remains the cornerstone of preventing this.” Professor Jean-François Delfraissy, Director of ANRS, called the study, “A major breakthrough in the fight against HIV. The results of ANRS Ipergay should evolve national and international recommendations for prevention against HIV”. The preliminary findings also noted that The study covered 400 volunteers in France and Montreal, and while the trial will continue for another year, the full results should be available in early 2015, according to the Ipergay website.

Britain’s National AIDS Trust welcomed the study’s findings. “This announcement from the ANRS IPERGAY trial is another exciting piece of news in the growing and powerful evidence base on the effectiveness of PrEP,” director of policy and campaigns Yusef Azad stated. “It is especially important if it suggests that PrEP might work well when taken only around the time of sex rather than daily – that could be good news for costs. We will now need to look at how such ‘intermittent PrEP’ works in a ‘real life’ setting rather than a placebo-controlled trial.”

This month, the Human Rights Campaign also endorsed PrEP as a method to combat HIV infection. “PrEP is a dose of hope, taken once daily,” HRC President Chad Griffin said in a statement. “Today, there is an unprecedented chance to end the HIV/AIDS epidemic in the United States, in part through PrEP’s aggressive prevention of new HIV infections. There is no reason — medical or otherwise — to discourage individuals from taking control of their sexual health and talking to their doctor about PrEP. Bold action must be taken to guarantee affordable access to this life-changing regimen.”

Though PrEP is supported by the CDC, HRC, WHO, Gay Men’s Health Crisis AIDS United and others, its use among gay men is still relatively low in the United States — in part due to a stigma among gay men who take it that they could be perceived as preferring unsafe sexual practices. In an effort to combat this image, a San Francisco City Supervisor publicly announced last month that he was taking Truvada daily. Scott Weiner wrote in the Huffington Post, “Each morning, I take a pill called Truvada to protect me from becoming infected with HIV. This strategy, also known as pre-exposure prophylaxis, or PrEP, reduces the risk of HIV infection by up to 99 percent if the pill is taken once a day. This makes PrEP one of the most effective HIV-prevention measures in existence.”

Weiner chose to disclose his usage of Truvada in order to help more gay men access the drug. “As an elected official, disclosing this personal health decision was a hard but necessary choice. After all these years, we still see enormous stigma, shame, and judgment around HIV, and around sexuality in general. That is precisely why I decided to be public about my choice: to contribute to a larger dialogue about our community’s health.”

Truvada was approved by the Food and Drug Administration in 2012 for use as PrEP, and is covered by most insurance plans.

Update: An earlier version of this article stated, in error, that the reduction in risk of infection was 80%. We have updated the article with further language — and a link to the Ipergay website — to reflect that a reduction was noted, but without a specific amount.