By John Riley on October 17, 2014 @JohnAndresRiley

“I’ve had some people that have said those kinds of things to me during this election. and I actually have said that if you’re going to be that intolerant of people, I don’t want your vote.” 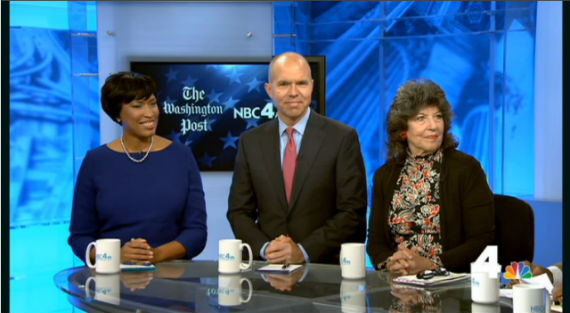 — Former Councilmember and independent mayoral candidate Carol Schwartz, in a debate sponsored by The Washington Post and NBC4, on whether she would accept or reject the support of people with anti-gay attitudes who won’t vote for rival David Catania because of his sexual orientation. While all the candidates said they disagreed with statements like those made by 75-year-old Hester Campbell, one of several voters profiled in a recent Post article, only Schwartz specifically said she would reject the votes of those with anti-gay sentiment, characterizing the use of sexual orientation to disqualify someone as “off-limits.” When pressed by moderator Colbert King as whether she would not want someone like Campbelll to vote for her, Democratic nominee Muriel Bowser did not directly reject the idea, instead saying, “I would want Ms. Campbell to think differently, and as a leader, I would be the leader that said, ‘Ms. Campbell, we are all Washingtonians, we all have a perspective, we all deserve to be heard and treated fairly.'”