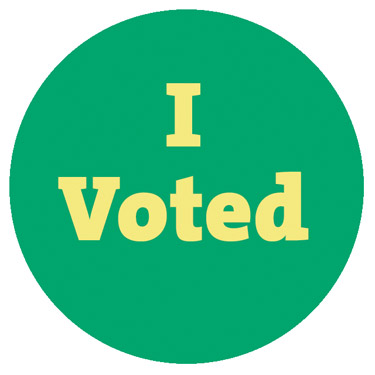 Lateefah Williams (D): It is important that the attorney general serves as an independent voice and does what is in the best legal interest of District residents. While the attorney general should have an amicable and productive relationship with other elected and appointed officials, the attorney general should not be beholden to them. To be effective, he or she must put politics aside and be ethical and transparent in all of his or her dealings. The attorney general must vocally speak out against corruption and take a firm stance when there is evidence of it. We need an attorney general who is accustomed to advocating for various interests before DC’s elected officials, as I have in my previous positions with the Gertrude Stein Democratic Club and ATU Local 689, as well as my current position with the DC Federation of Democratic Women. In addition to my experience advocating before the DC Council and DC Democratic Party officials, I will also designate members of my staff as the official liaisons to the DC Council and the office of the mayor. This will ensure that our government works collaboratively to tackle the challenges our city faces, while also maintaining open and transparent dialogue between the various elected officials.

Williams: One of the reasons that I decided to run for attorney general is to ensure that all District residents are treated equally, feel safe, and that District laws affecting vulnerable residents are strictly enforced. I am tired of hearing about horrifically violent hate-motivated attacks against members of the LGBT community that end up in court, where the perpetrator is then given a “light sentence.” Too often, LGBT residents are disproportionally targets of violent crime, and when a perpetrator is caught, the prosecution fails to fully charge the assailant with a hate crime or pleads the crime down to a minor misdemeanor. This is wrong. Serious attacks need to be tried and convicted seriously. I would remain engaged with the Metropolitan Police Department to ensure that violent crimes are properly recorded by the police. When these crimes are tried by the U.S. Attorney’s Office, which is generally the case (unless the crime was committed by a juvenile), I will use my platform and work with community members to encourage the U.S. attorney’s office to pursue a hate crime enhancement and stiffer penalties, when a case warrants it.

MW: What specifically, under the restrictions put forth in the Home Rule Act and the U.S. Constitution, can an attorney general do to push statehood or budget autonomy? Or is this just a “talking point” for candidates, designed to get votes?

Williams: The biggest legal challenge the New Columbia Admission Act, the federal legislation that would give the District statehood, would face is the claim that statehood is unconstitutional. I would rebut this by making the case that legal precedent is on the side of the District and statehood can be achieved without additional constitutional amendments. I will work with statehood supporters to devise a strategy that includes court advocacy, federal lobbying, and community engagement. Specifically, I will pursue legal cases that establish the District’s autonomy from the federal government, vigorously defend home rule, and work with congressional leaders to ensure that the District performs the functions that a state should without going through the federal government.

Williams: I will ensure that current laws designed to protect District residents are strictly enforced. These include the First Source Law, which requires new construction projects to hire a certain percentage of D.C. residents, rent control laws, and laws designed for small businesses to receive a certain percent of the city’s grants. I will also strictly enforce affordable housing set-asides for new construction projects and will reduce the amount of waivers that many developers currently get that allow them to disregard this law. Other enforcement priorities will be dictated by the current needs of District residents. I plan to hold forums in all eight wards, as well as with particularly vulnerable populations — such as transgender individuals, seniors, returning citizens, and youth that have been involved in the juvenile justice or foster care system — to educate the community about what my office is doing on its behalf, and to hear directly from residents to ensure that my office is meeting their legal needs.

We need to divert more youth away from the juvenile justice system. I will accomplish this by expanding current diversion programs to include a broader set of youth offenders, offering more community service, mentoring, individual and family counseling programs that will steer youth onto a productive path, and partnering with education and career programs — as well as city agencies that work on these issues, such as DC Public Schools and the Department of Employment Services — to help youth develop the necessary skills to succeed.

As part of seeking full autonomy in local matters, I will fight vigorously for D.C. to gain independence in its criminal justice affairs and for all local crimes to be prosecuted by the Office of the Attorney General. The approach of having the U.S. Attorney’s Office prosecute District criminal cases must end. District autonomy over all criminal matters will allow my office to implement more diversion programs and alternatives to incarceration. It will also allow for more discretion in areas where rehabilitation-based approaches are often far more efficient than harsh punishments, such as drug offenses.

These priorities will improve the lives of District residents because they will allow us to govern ourselves, establish our own priorities, protect our most vulnerable residents, and be certain that the office of attorney general truly represents the legal interests of all Washingtonians.

Lateefah Williams (D): As the only openly LGBT candidate in this race, I have a unique perspective into the issues our community faces. I’m not an outsider looking in. I’m a member of the community, so LGBT issues are personal to me. From my tenure as former president of the Gertrude Stein Democratic Club, to my pro bono legal work for the Whitman-Walker Clinic, to my service on the board for the Wanda Alston Foundation, LGBT rights have been a pivotal part of my social justice activism and that will not change if I am elected as attorney general. We have had such amazing success with marriage equality but we still have so much more to do. Our transgender brothers and sisters are at particularly high risk of hate crimes and employment discrimination. Many of our LGBT youth face homelessness or harassment at school. As your attorney general I will use every legal maneuver in my arsenal to make sure that our community gets the resources, respect and rights we deserve in the District of Columbia.