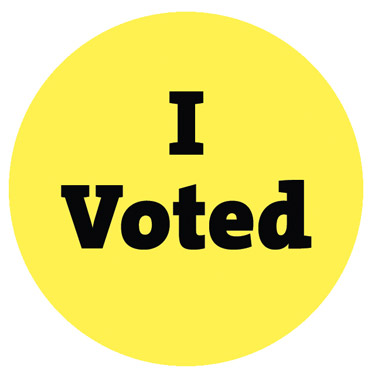 Lee Aikin (SG, Council Chairman): Providing oversight of government agencies responsible for caring for DC residents is imperative, and one should pay special attention to agencies covered by the committees a councilmember is assigned to.

Aikin: Since I am not supported by outside big money, I am beholden to nothing but my own ethics and beliefs. I was an administrative assistant to an At-Large School Board member in the late 1970s. The mayor at the time was being pressured to sell off our surplus school buildings, and our board resisted these efforts. Now, as our population mushrooms, saving our schools is showing its wisdom. However, it is also important to be able to cooperate with the mayor when he is doing the right thing for the most people, and I would do that. Also, if possible, one should work to convince with evidence and persuade the mayor to change his outlook if it would be more helpful to the people.

Aikin: I have posted two extensive articles on the housing crisis and homelessness at my blog, gleeaikin.blogspot.com. The first deals with the more general issues of need for more low cost housing for different populations including LGBT. The second is a very specific idea for growing the supply of low cost housing in a rapid and flexible manner.

So far as the issue in District shelters, I would need to examine the laws carefully, and conduct interviews of affected LGBT users regarding their experiences. For eight years, I was on the Grievance Committee of my union which belonged to OPEIU Local #2. This gave me considerable experience in balancing the law as defined in our collective agreement (labor contract) and the needs and concerns of our aggrieved union members. I believe these skills are directly appropriate for the problems of nondiscrimination protections.

Aikin: I imagine that most of the generalized recommendations to assist these communities and enforce the laws have already been tried. If that is true, then very targeted and individualized approaches will be needed to deal with persuading both specific DC government agencies and individual private businesses to be more cooperative and law abiding. My office could provide working and meeting space for community organizations that might wish to pursue more direct action. These actions could be picketing the offending agencies or businesses, urging boycotts of businesses, etc. I would be willing to participate in such actions where direct personal intervention was not effective or persuasive.

In the overall area of unemployment, the city could do much more to reduce the rates. Underutilized schools should have appropriate adult education skills teaching, and low cost child care facilities. We also need to examine existing D.C. training programs. Andy Shallal, who hires 500 restaurant workers, told me he does NOT hire from the D.C.’s inadequate culinary program. Is this true of other major businesses, and how can that be fixed?

Aikin: I have been aware of LGBT issues for many years. In the 1980s I had a number of LGBT friends and acquaintances. Most of the people I knew from that period died of AIDS. Some told me about terrible lives of child abuse, rejections, rape, and incest. A number had drug and alcohol problems. I think I know more than most about the pains and complexities of living LGBT and will be deeply sympathetic to the issues. And also devoted to promoting any legal and administrative means that can improve existing problems.