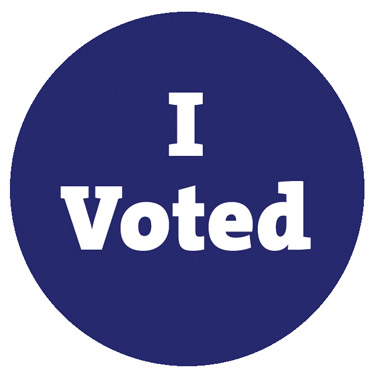 Pranav Badhwar (L, Ward 6): Oversight is indispensable to detect and end or fix failed or harmful policies. Failed policies waste money, needlessly increasing taxes and the cost of city living, pushing up rent and staples, and mostly hurting the poor. They also give a false sense of comfort while the suffering continues. Some laws, such as civil asset forfeiture as implemented in DC, are outright harmful and immoral.

Agencies and politicians are virtually unaccountable to the average voter, as they routinely fail to disclose policy costs and outcomes. It is critical to increase accountability in DC government for all public officials.

Lack of accountability starts with superficial election campaigns. The campaign process doesn’t air existing policy successes and failures, and doesn’t allow voters to hold candidates accountable for promised outcomes. It doesn’t help that DC is one of a few major US cities where party labels appear on ballots. As Councilmember, I will advocate dropping partisan elections, requiring politicians to run more on their merits.

An inscrutable DC budget sets the stage for waste, fraud, and abuse. Public officials spending enormous sums of public money should not be held to lower standards than companies spending private investors’ money. Public officials must be required to proactively and prominently disclose all public spending and benefit projections and outcomes. A third party should audit councilmembers and agencies, and release results quarterly. How effectively is money being spent? Who benefits from the spending? An audit trail is needed.

D.C. government recently paid victims to settle a lawsuit related to improper civil asset forfeiture, but no government officials were harmed, as taxpayers paid the fine. Civil asset forfeiture laws are now called “evil” by two of its co-creators. The law is heinous and unbecoming of a decent society but the Council was unable to muster enough votes in 2013 to end its abuses. Perhaps councilmembers with oversight over police matters, or at least those who voted against ending the abuse in 2013, should have to pay part of the fine. Just as Board members of private organizations can be held culpable, councilmembers and agency heads should not be above the law, and should suffer the penalties of ordinary citizens under similar circumstances.

Badhwar: Compromise is key to working in any organization, and one may advance a cause with great moral import at the cost of giving in on a lesser matter. But “groupthink” can lead to compromising moral principle, and voters should not rely upon assurances of independence from politicians. Rather, voters should demand rules to enforce accountability. Councilmembers more directly accountable to voters are less beholden to the Mayor or to one another.

Badhwar: Homelessness is a heartbreaking problem with no simple fix. It is a complex issue with many causes and sometimes no good answer, especially if due to mental disabilities. But for homelessness due to economic issues, we need to fix government policies which artificially diminish housing supply, wasteful public spending which pushes up real property taxes, rents and city living costs, and reduced job opportunities due to failed public schooling, excessive occupational licensing, and the drug war which artificially restricts employment and the ability to pay for housing. Typical government policy myopically ignores these issues and deals only directly with symptoms using large-scale initiatives, as if people are uniform widgets and there is a simple silver bullet.

Government policy should not only be short-term oriented, but the fact is that short term needs can be painful, even debilitating, and often need an immediate response such as safe shelters for all groups. I would support transfer of unused DC buildings to non-profits for use as transitional housing, and ease regulatory burdens to make it easier for non-profits to offer improved services and treatment than is typical for government to provide.

My website at www.pranav4dc.com details many areas where public spending is counter-productive, but for now, ways to increase housing supply to make renting and purchasing more affordable include: easing building height restrictions in select areas — e.g. along the river; eliminating business licenses and cumbersome tax forms to rent out your basement apartment, carriage house, or a room in your house, thereby allowing homeowners to earn thousands of dollars annually and helping them retain their home; helping seniors on fixed incomes pay off their mortgage sooner and retire earlier; and legalizing “tiny homes.”

Badhwar: Due to the unique challenges faced by the trans population, extra oversight would seem warranted. I would seek to understand whether there is a pattern of discrimination by government agencies and whether better qualified trans candidates were denied employment in favor of lesser qualified non-trans candidates. Being trans has nothing to do with job performance. Only the qualifications of the individual matters, and if the government is not hiring the best candidate, it is stealing from taxpayers.

Badhwar: My solutions pertain to all our residents, including those in the LGBT community, and focus on relieving persistent poverty, my primary motivation for running for office. I aim to reduce spending and restrictions on people in ways that improve schools, create jobs, reduce crime, and alleviate housing and transportation costs. I would rebel at such things as civil asset forfeiture laws, or failure to disclose the cost of public programs, or the counter-productive drug war. My professional skills in creating services and overseeing operations are very strong.