Home / Features / The 2014 State Board of Education: Lillian Perdomo (Ward 1)

The 2014 State Board of Education: Lillian Perdomo (Ward 1) 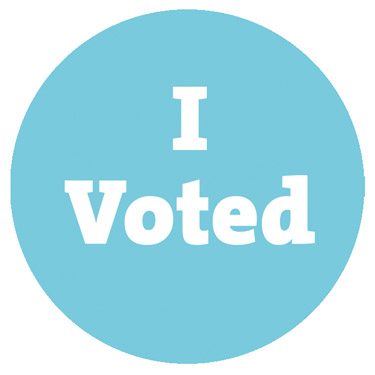 METRO WEEKLY: Do you support the proposed school boundary changes as they affect your ward?

Lillian Perdomo (Ward 1): A lot of work went into creating the new school boundary but, like most things, it is not perfect. For instance, the new boundary system lacks coordination for designating new locations for schools between the public and charter schools. Overall, the new plan aims to increase predictability for school acceptance and reduce concentrated areas of lower performing schools in undeserved neighborhoods which includes Ward One. While the new plan seems to be a more equitable approach to school zoning, it is understandable that parents are unnerved about what the re-zoning might mean for their children’s education. However, the proposed roll out plan is a phased approached, allowing students 3rd grade and above to remain in their current schools and attend the high schools they originally intended to, as well as their younger siblings. This approach will help families and neighborhoods adjust to the new boundaries. I look forward to working with Ward One parents, so that when their children come of age to be part of the new boundary system, all schools are ready to deliver high quality education.

MW: The District has been criticized for relying heavily on high-stakes testing to determine proficiency in various subjects. Do you see this criticism as valid or legitimate?

Lillian Perdomo (Ward 1): The 2014 D.C. literacy rates, while already low, have fallen among both African-American and students learning English as a second language since 2009 from 41 to 39 percent and 47 to 36 percent respectively. The Common Core State Standards is an excellent way for our students, teachers, and parents to create goals around academic success that will prepare students for college. However, while the aim of the Common Core State Standards is to foster academic success, the means by which the Standards are measured is through standardized testing. Ward One has a very diverse student body which means students bring differing experiences and ways of learning into the classroom — often excelling at experiential ways of learning. As educators we know that learning takes many forms and standardized testing should be one way to capture a student’s knowledge. We need to work both with the students and their families to help students realize and reach their full potential, and not solely rely on standardized testing as a measurement of academic success.

MW: What do you think needs to be further done to reduce truancy and increase D.C.’s low high school graduation?

Lillian Perdomo (Ward 1): Truancy is a huge problem for Ward One schools. I believe that while repeated truancy is a symptom of a multitude of socioeconomic problems, it can also be a result of bullying. If children don’t feel safe in their classrooms or on school grounds, they simply won’t attend. DCPS has done a wonderful job of defining bullying, creating anti-bullying policies, designing reporting and investigative processes, and outlining consequences for bullying in our schools. However, we are not doing a great job of defining ways to track the implementation and outcome of our anti-bullying efforts. I think awareness building, with regard to the link between truancy and bulling, is also an activity that we can strengthen within our communities, among our teachers, administrators, parents and students.

MW: What can the DC State Board of Education do, if anything, to enforce anti-bullying laws related to LGBT students and families and reduce truancy among that specific sub-group?

Lillian Perdomo (Ward 1): My role as State Board of Education for Ward One will allow me to serve as an educational advisor on setting statewide educational standards and policies. Since DCPS has already adopted protective policies around anti-bullying, I can convene parents, educators, students, politicians and the community to work together to ensure that the anti-bullying policy and practices are being followed as intended to protect our students. Additionally, I look forward to working with Ward One schools, communities and families to improve systems that allow us to not only identify truancy but instances where truancy could be linked to bullying.

Lillian Perdomo (Ward 1): For several years I have supported the LGBT community, as a member of both the Gertrude Stein Democratic Committee and the State Democratic Committee, an ardent supporter of same sex marriage. The LGBT community is an integral part of our Ward One community because it is comprised of parents, students, educators, administrators, friends, and neighbors that care about the future of our children. The LGBT community knows how important it is for all children to be in a school system that supports their right to a high quality education, regardless of their race, ethnicity, income level, sexual orientation, gender identity, and intellectual or physical disability. I share this deep commitment to our children and will work towards creating better, more equitable opportunities for our children to achieve academic success.