By Justin Snow on November 7, 2014 @JustinCSnow 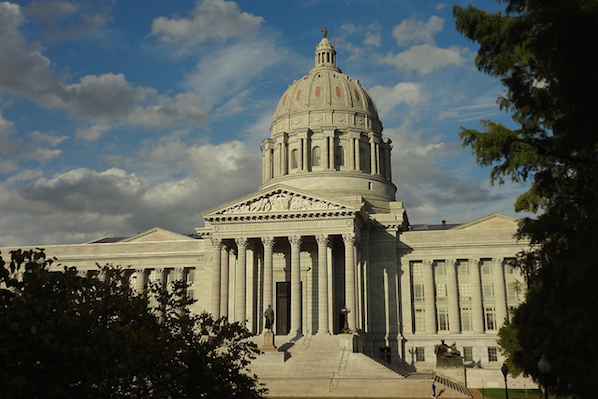 A federal judge found Missouri’s ban on same-sex marriage unconstitutional in a ruling handed down Friday.

U.S. District Court Judge Ortrie Smith ruled the Missouri ban violates the Due Process Clause and the Equal Protection Clause of the Fourteenth Amendment to the U.S. Constitution.

The decision appears to only apply to Jackson County, with Robert T. Kelly in his official capacity as Director of the Jackson County Department of Recorder of Deeds named as the only defendant. Smith stayed his decision until final judgement is delivered.

The decision comes after a state judge in Missouri also found the state’s same-sex marriage ban unconstitutional in a decision that impacted St. Louis immediately. Missouri Attorney General Chris Koster said the state would appeal that decision, but would not seek a stay, thus allowing same-sex marriages to continue.

The ruling marks the first federal court ruling striking down a same-sex marriage ban from a state covered by the 8th Circuit Court of Appeals. Yesterday, the 6th Circuit Court of Appeals upheld same-sex marriage bans in four states, marking the first federal appeals court to rule against marriage equality since the Supreme Court’s Windsor decision in June 2013.

“Today’s federal court ruling is further evidence that discriminatory marriage bans don’t pass Constitutional muster,” said Human Rights Campaign President Chad Griffin in a statement. “Whereas yesterday two judges of the Sixth Circuit firmly planted themselves on the wrong side of history, Judge Smith’s ruling today is in keeping with an overwhelming majority of federal court rulings that make clear discrimination has no place in our society, must less our laws. Now more than ever before the Supreme Court of the United States must resolve the issue once and for all.”

UPDATE at 11:55 a.m. on Nov. 7: Missouri Attorney General Chris Koster says he will appeal today’s decision to the 8th Circuit Court of Appeals.