Is a catnipped cat really high? And is there an equivalent for dogs?

By Doug Rule on November 8, 2014 @ruleonwriting 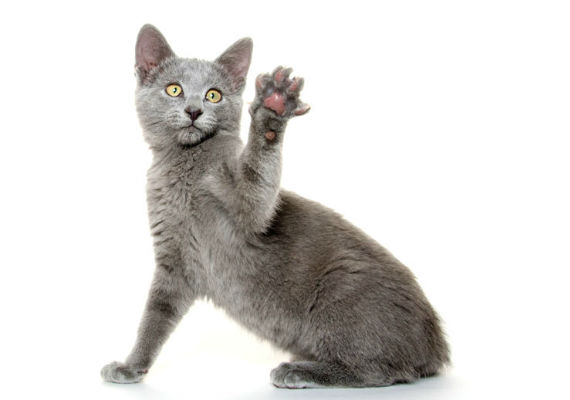 Watching a cat react to catnip can make for some diversionary fun on a Saturday night. The typical feline carries on almost as if it were stoned: rolling around and rubbing itself on the ground, on another cat, even on you, and just generally romping around, pouncing, purring and engaging in erratic behavior.

But is a catnipped cat really high? And just what makes catnip work anyway?

“It’s more sexual than I was expecting,” Dr. Buck Drummond of Dupont Veterinary Clinic says. When investigating the topic, he learned that the catnip plant stimulates some of the very same centers of the brain that sex does. “It lasts for about 10 minutes, and then it doesn’t affect them for about 30,” he says. “Sound familiar?” In fact, during those stimulating 10 minutes catnip is “sort-of like pornography for your cat.”

He explains: “Dogs and cats and animals in general are much more olfactory, much more scent-oriented, than people. So in the same way that humans can get stimulated visually, animals can get stimulated in their scent centers. That’s why dogs roll in dead birds — they can’t help it! Cats have that same sort of, ‘Oh my god!’ response to catnip.”

Well, not all cats. “Only about one-half to two-thirds of cats even respond to catnip because it’s an inherited trait,” explains Dr. JD Warford of DC MetroVet. And it doesn’t work on kittens until they reach nearly six months of age, which is also when felines reach sexual maturity. But once those with the trait are old enough, it becomes an indiscriminate aphrodisiac: “All sexes do the same thing, all ages, even wild cats will respond to it,” says Warford. And really any catnip will do — neither Drummond nor Warford recommend any brand or variety over another.

Catnip — nepeta cataria — is an herb in the mint family that contains the nepetalactone in its leaves and stems. This oil is responsible for causing a hallucinogenic effect in cats. “I don’t know exactly how somebody discovered that it turned cats on,” Drummond muses. “I guess it goes back to how anyone ever decided to keep a cat as a pet.”

While it’s not exactly clear how it affects the brain, catnip isn’t anything to worry about. A cat can build up immunity to catnip if it’s given too often, but it can’t overdose on the herb. “There’s never been a problem with cats getting too much, as far as dangers to their health, in a life-or-death situation,” Warford says. She once had a client whose cat became really aggressive for a solid two days after her first catnip. “That’s unusual, but that goes to show that anything that affects the brain, and is certainly thought to be hallucinatory, can have unpredictable side effects. Essentially when they’ve had enough, they walk away. Most of them just sort-of self-police themselves.”

Furthermore, catnip only has a stimulating effect when cats inhale it — it won’t work if they simply scarf a piece down without chewing it. “Cats have a special receptor inside their mouth, an olfactory/breathing receptor, that other animals don’t have,” Warford says, “and people think that [triggers] their brain, which is what makes catnip act on cats but not other animals.”

Actually catnip does work on other animals, but as a sedative. “Apparently, people smoke it or make tea out of it for calming and for upset stomachs,” Warford says, conceding, “I don’t know anyone that’s ever tried it — that’s just what I’ve read.”

It also can make dogs tired if they come into contact with it. Which begs the question: Is there a stimulant equivalent for canines?

Not exactly, certainly not an aphrodisiac. “I don’t know of a smell equivalent for dogs,” Drummond says. “Medically we’ve experimented with pheromones and sprays and diffusers to change animal behavior by working on their hormones,” such as the Feliway diffuser to curb unwanted behaviors in cats and the development of dog appeasing pheromone (DAP) sprays to calm hyper or nervous dogs. But dogs are extremely oral creatures too, which is why Drummond recommends rawhide if your dog likes it. Because of their oral fixation, “they can sit for hours and chew on a rawhide bone and just have that be the ultimate pleasure for them.”

The closest thing Warford has heard of that works on dogs is anise. “The seeds of anise apparently can kind of get dogs worked up and excited and they’ll play, and then they sort of crash,” she says. Anise seeds have been used to rile up greyhounds right before a race, as well as hunting dogs in trailing.

“Some dogs get too worked up,” Warford cautions. “I don’t recommend putting it on their stuffed toy or they’ll probably just end up shredding it.”