Jawbone announces the UP3 fitness band

For many, the Jawbone UP has become a status symbol. Users who wear the fitness band, which silently tracks activity and sleep to let you know how active or lazy you really are, are part of an ever-expanding group of people who are interested in having granular data about their daily habits. Want to know how much you’re sleeping, or how far you’ve walked, or how long you spent typing away at your desk? Activity trackers and fitness wearables — and the apps they sync with — are key to unlocking the secrets of our daily habits and finding ways to trim fat, shape up and live healthier lifestyles.

It’s why the UP has become somewhat synonymous with fitness tracking. Penned by renown designer Yves Béhar, Jawbone’s UP bands were the first fitness wearables that didn’t look out of place on the wrist — they were as happy cosying up to your fitness gear as  they were a business suit — and for that reason, they’re popularity has exploded. You’ll see UPs on the wrists of TV anchors, professional athletes, health-conscious celebrities, and that one guy at work who’s constantly at the gym. Jawbone have built an ethos and an ecosystem, supported by a thorough, easy-to-use app which helps you log and track dozens of pieces of information about yourself. 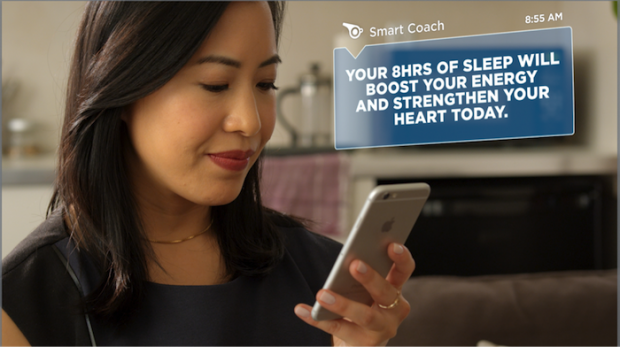 Of course, there’s always room for improvement. The first UP was mired in reliability issues, something which didn’t improve with the second generation. Indeed, myself and Metro Weekly’s publisher have gone through several UP bands between us as they succumbed to battery issues, software troubles, or other faults. When they worked, they were great, but there were still usability and reliability niggles to sort. Jawbone launched the UP24 a year ago, and removed the need to manually connect the UP band to a smartphone or tablet to sync data by adding Bluetooth. In addition, the UP app was updated to support more real-time data, better targets to reach for, push notifications, an improved activity log, and more granular tracking, such as water consumption.

Far from being a company to rest on its laurels — particularly in the wake of fresh competitors like Microsoft, with its sensor-laden and smartwatch-aping Band — Jawbone tore the UP24 apart, and started fresh. The result? The Jawbone UP3.

Jawbone aren’t beating about the bush with this one. The company is loudly touting the UP3 as “the world’s most advanced tracker.” The UP3 carries all of the functionality of the UP24, including pedometer, activity measure, sleep tracking and more, but goes further by cramming a bunch of new sensors into the mix. There’s a tri-axis accelerometer, bioimpedance sensor, skin sensors, and ambient temperature sensors — and if that means nothing to you, here it is in layman’s terms, straight from Jawbone: the UP3 is “packed with state-of-the-art sensors that give you the full picture of your health.” The UP3 is capable of gathering even more information about your daily activity — while working out, while sitting at your desk, while in the shower, or while sleeping, the UP3 will know a whole lot more about how your body is doing than previous UP bands were capable of. It’s sensors can detect specific activities and automatically log them — such as running or riding a bike — and they can give even deeper insight into the quality and length of your sleep at night. 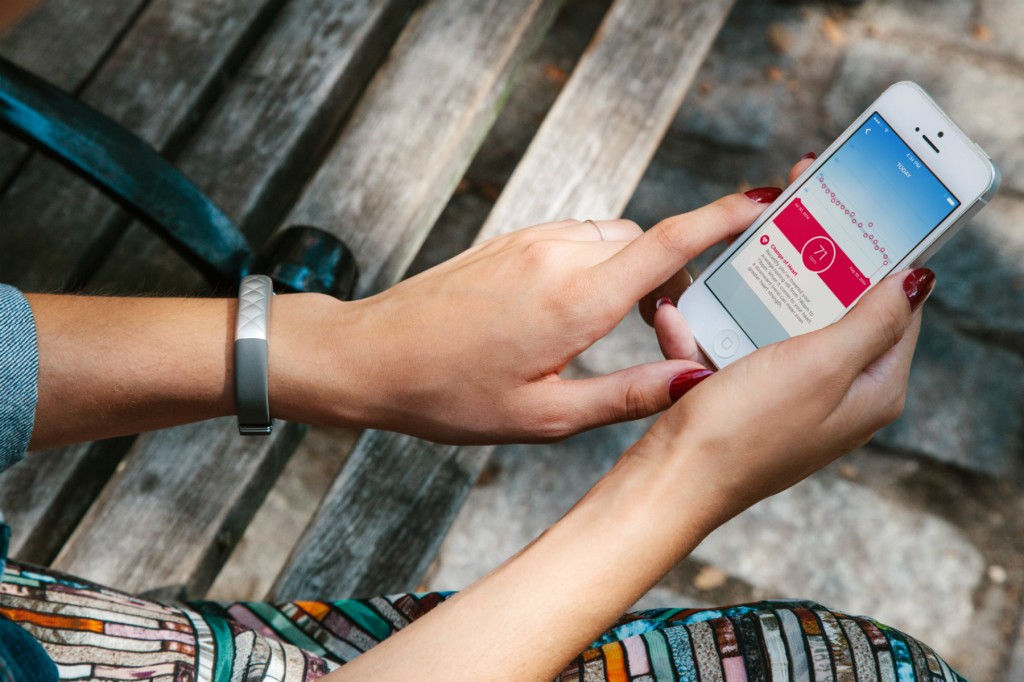 There’s further change on the outside, too. Yves Béhar and his team have dropped the three size of previous versions in favor of a one-size-fits-all approach. Literally. The UP3 holds all of its components in a central core, flanked by two arms which clasp around the user’s wrist, and can be adjusted for size to suit every body type. The UP’s physical button is gone, dropped in favor of touch sensitivity, while the LED notification system returns — Jawbone isn’t ready to throw a screen on the UP just yet. That design decision pays dividends when it comes to battery life, currently rated at seven days, and usability, as the UP3 is water-resistant up to a depth of 10 meters/32 feet.

All-in-all, Jawbone have crafted a pretty feature-rich band. Couple with the company’s consistently-improving smartphone app, which only gets better as more users feed information into it, the UP3 could well claim to be one of the best fitness wearables currently available. Speaking of which, when it launches at the end of this year, the UP3 will retail for $180, which is an increase of $50 over the UP24, and will be available in black. More colors and strap designs will follow, so don’t feel the need to stick to a monochromatic look if you’d rather wear something a little more daring around your wrist.