By Justin Snow on November 6, 2014 @JustinCSnow 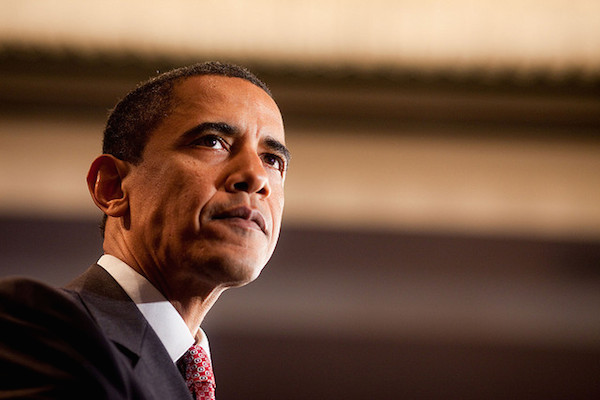 “Since this law was passed, the FBI and Department of Justice have vigorously investigated and prosecuted dozens of hate crime cases nationwide, including attacks on minorities, gays and lesbians, and people with disabilities,” said Obama, who signed the bill into law on Oct. 28, 2009. “The number of individuals charged with hate crimes has increased significantly over the past five years. And state and local law enforcement officers and other community members have received training in how to recognize and address hate crimes. The law is working.”

The law enables the Department of Justice to prosecute crimes motivated by race, color, religion and national origin without having to show that the defendant was engaged in a federally protected activity. It also empowers the Justice Department to prosecute crimes committed because of a person’s sexual orientation, gender identity, gender or disability as hate crimes.

Administration officials also announced at the event efforts to expand the use of incident based crime data, further training for state and local law enforcement and community leaders on hate crimes, a new series of Community Relations Service hate crimes forums and an anticipated memo from Attorney General Eric Holder to U.S. Attorneys offices across the country on combating hate crimes.

In the past five fiscal years from 2009 to 2014, the Justice Department has charged 174 defendants on federal hate crimes or hate crimes-related charges — an increase of 23 percent from the prior five fiscal years, according to a White House official.

“Our job isn’t done,” Obama continued. “We must continue to stand together against intolerance and hate wherever they occur, and respond decisively when they lead to violence.  Ours is a country built on the notion that all people are created equal.  It’s up to us to make that ideal real, in our words and deeds as well as in our laws – to ensure that, in America, everyone is treated with the respect and dignity they deserve, no matter who they are or who they love.”

Read Obama’s full statement on the next page.