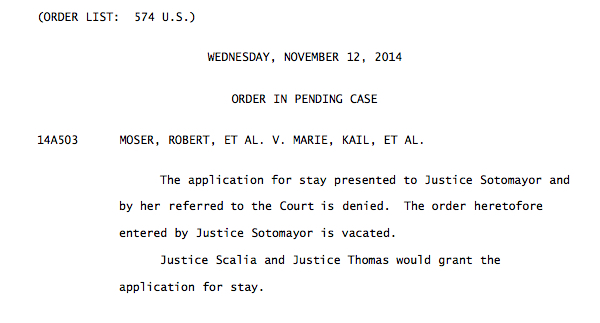 The U.S. Supreme Court ended the hold on same-sex marriages in Kansas Wednesday, thus allowing same-sex nuptials to proceed in the state.

In an order issued this afternoon, the nation’s highest court denied the request for a stay by Kansas Attorney General Derek Schmidt of a lower court ruling striking the state’s ban on same-sex marriage.