By John Riley on December 7, 2014 @JohnAndresRiley

For Lori, a D.C. parent of a transgender youth, her son’s return from summer camp last year showed a marked difference in his attitude. 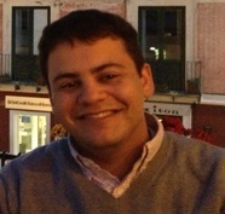 “From a parent’s point of view, my son came home happier, more confident, more sure of himself,” she says. “He said it was the best week of his life, and I believe it.”

Lori, who asked that her last name not be used to protect her family’s privacy, said the camp — Camp Aranu’tiq, at an undisclosed location in New England — was unlike other summer camps to which she had sent her son. This one, specifically, was geared towards serving transgender youth from ages 8 to 18 and giving them a fun summer camp experience without having to worry about conforming to the rigid gender norms practiced at other camps.

“It can be hard to go to a more traditional camp,” Lori says. “But at Camp Aranu’tiq, all the kids are navigating the same terrain. And it’s more affordable than some other summer camps we’ve used in the past. It only cost us $700 for a week, versus other camps that can cost $900 to $1,000 a week.”

Lori says she first became aware of the camp after her son, Sam, went on the Internet and found the camp’s website.

“My first reaction was, ‘Oh, sure, like I’m going to let you go to some place you found on the Internet,'” Lori says. But as she investigated the camp, and later learned that some friends of theirs had sent their kids there during previous summers, she warmed to the idea. After Sam came back, he continued to stay in touch with several of the other children from the camp, who come from all across the United States.

“He’s texting somebody from the camp almost every day,” Lori says, noting that her son seems “less isolated” since his return.

For Sam, the camp was welcoming from the very first day.

“Everyone was really friendly,” Sam says.  He explains that the camp also goes to the trouble of giving kids different options for what they want to do during four different “activity periods” throughout the day.

“Everybody is really accepting of what you want to do,” he says.

Lori says the other benefit of the camp is the counselors, many of whom are transgender themselves.

“One thing I really want is for him to have very good adult role models, who can show him that transgender adults can live healthy, happy, full, rich lives,” she says.

The camp has three separate programs: one for campers aged 8 to 15, another “leadership” camp for 16-to 18-year-olds, and a family “camp” consisting of a weekend of programming. Camp Aranu’tiq has also opened its doors to non-transgender children who have dwarfism, Lori notes, as those children often face the same barriers or can be ostracized by more traditional communities in the same way as transgender children.

Nick Teich, the founder and director of Camp Aranu’tiq, says he fondly recalls his own memories of summer camp as a child. But at the age of 31 or 32, when he was working as a volunteer at another summer camp, when he was coming out as transgender, he was told that he was not welcome to come back due to his gender identity.

“I started thinking about kids who are transgender, and where we can put them,” he said. So Teich decided to start his own camp, launched in 2010, that would cater to kids who do not fit neatly inside the gender binary. For the first few years, Camp Aranu’tiq had to rent space to hold the one-week long camp. But the camp recently purchased its own property in New Hampshire to avoid being subjected to the whims of the rental market. The camp is currently under renovation, prompting the launch of a “CAMPaign for Our Own Home,” designed to raise money for renovation and restoration costs. The camp hopes to raise $3.6 million in total, with $2.1 million already raised, including a $1,000 gift from the Human Rights Campaign Foundation. HRC will also hold a fundraising cocktail reception on Dec. 7 to help raise additional funds.

Teich also has plans to expand the camp session for 2015 by offering a second week for those interested. He said the majority of the 400 campers who went to this past summer’s camp have chosen the two-week option, and he expects enrollment to grow even more. Teich says the camp’s success in attracting and keeping the interest of campers, as well as the gains in self-confidence and self-assuredness as reported by their parents, stems from its focus on being a quality summer camp that accepts children as they are, rather than making trans-specific programming.

“You can’t build confidence just through workshops and telling kids to be confident,” Teich says. “It happens organically, not by lecture. … I couldn’t ask for a better job.”

The Human Rights Campaign’s  fundraising cocktail reception for Camp Aranu’tiq will take place on Sunday, Dec. 7 at HRC headquarters, 1690 Rhode Island Ave. NW, from 4 to 6 p.m. For more information on the camp, visit camparanutiq.org. To contribute to the CAMPaign for Our Own Home, visit harborcamps.org/campaign-for-our-own-home.

John Riley is the local news reporter for Metro Weekly. He can be reached at jriley@metroweekly.com
← Previous Story Council Repeals Armstrong Amendment
Next Story → Va. School Board Votes Against Transgender Student