ISIS executes gay man by throwing him from roof 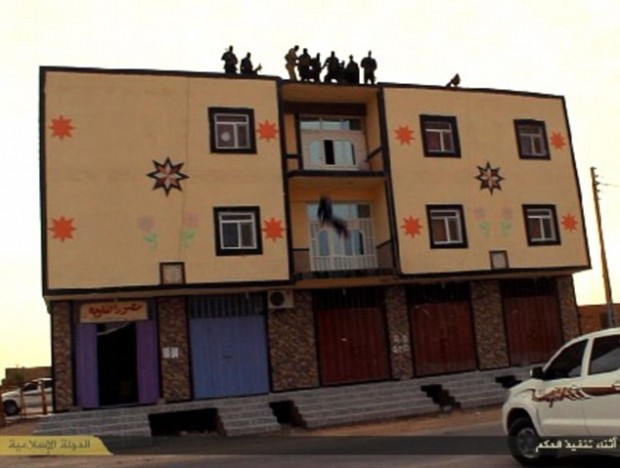 It can be all too easy to forget the relative comfort we enjoy living in America. Sure, marriage equality isn’t everywhere, hate crimes are a horrible blight in our cities and rural communities and someone has still yet to convince most of the South that gay people aren’t the biggest danger to their livelihood. But let’s put things into perspective: ISIS, the terrorist group that has claimed portions of Iraq and Syria and murdered thousands of civilians in its quest to establish an Islamic State, has just executed a man convicted of homosexuality by throwing him from the roof of a building.

As the Daily Mail and others are reporting, images released by ISIS militants show members of the group executing a man they claimed had been convicted of having “practiced sodomy.” A group of men dragged the accused man to the roof of a three-story building in Wilayet al-Furat, or Euphrates Province — an area of Iraq in one of the regions the group has ravaged — before throwing him from the top in a senseless act of murder.

“The Islamic court in Wilayet al-Furat decided that a man who has practised sodomy must be thrown off the highest point in the city,” a statement attached to the images read, with the group adding that the man must, “then be stoned to death.” 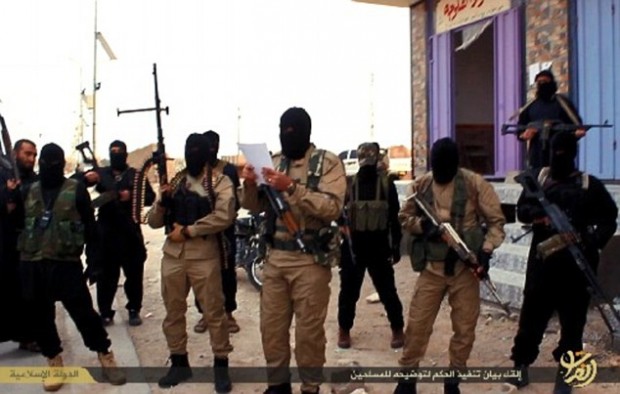 This is the third such death of a man accused of homosexuality by ISIS in less than a month. According to the Syrian Observatory for Human Rights, a 20-year-old man was stoned to death in Syria in late November after ISIS claimed that videos of the man “practicing indecent acts with males” were found on his cell phone. AFP reported that the man was killed in the eastern Syrian province of Deir Ezzor, where another man, aged just 18, was murdered in similar fashion in a separate incident despite a lack of proof. Reports on social media apparently suggested that the men were executed for their opposition to ISIS and not their sexuality.

In an 18-page report released in November, the International Gay and Lesbian Human Rights Commission (IGLHRC), MADRE, an international women’s human rights organization, and the Organization of Women’s Freedom in Iraq (OWFI) revealed the extent of the terror facing LGBT citizens living in Iraq, and not just from ISIS — which, including parts of Syria, controls more than 12,000 square miles of territory in the region. A complete collapse of the rule of law in central Iraq has led to increased violence against LGBT people, who are among the least protected in Iraqi society. The report lists several factors which make life extremely difficult, including their persecutors ranging widely across society-at-large, having little to no protection from family, community or government, and even facing hostility in refugee circumstances.

In ISIS-controlled regions, a strict version of Islamic law, or Sharia, is used, which demonizes homosexuality. In a video message recorded in September, one ISIS militant compared gay people to pedophiles, calling them “animals,” “dirty people,” and “the worst of creatures.” LGBT citizens in Syria who flee ISIS for one of the government-controlled parts of the country face similarly dire circumstances to their counterparts in government-controlled Iraq. Same-sex sexual activity is illegal in the country, classified as “carnal relations against the order of nature” in the country’s penal code, and there are no LGBT protections or affirming laws other than the right for an individual to change gender.