By Justin Snow on December 5, 2014 @JustinCSnow

Two Republican congressmen who work on employment issues are calling on the Labor Department to withdraw a new rule prohibiting federal contractors from LGBT workplace discrimination.

Reps. John Kline (Minn.), chairman of the Committee on Education and the Workforce, and Tim Walberg (Mich.), chairman of the Subcommittee on Workforce Protections, requested the Labor Department allow a 60-day public comment period for the rule announced earlier this week in a letter to the office tasked with enforcing the new protections.

“[W]e understand the public was not afforded an opportunity to submit comments as provided under the Administrative Procedure Act (APA),” the two Republican congressman wrote. “Public comment is essential to all rulemakings. Section 553 of the APA requires general notice of proposed rulemaking to ‘give interested persons an opportunity to participate in the rule making through submission of written data, views, or arguments.’ As such, we request the public be afforded at least 60 days to comment on the regulations implementing EO 13672 prior to issuance of a final rule.”

“We therefore urge OFCCP to withdraw its final regulation submitted to OMB under RIN 1250-A07 so the process for implementing EO 13672 can be done with the transparency and public participation typically affording under the APA,” the letter continued. Kline and Walberg asked Shiu to respond no later than Dec. 17.

The rule in question implements Executive Order 13672, signed by President Barack Obama on July 21, and prohibits contractors who do work with the federal government from discrimination on the basis of sexual orientation and gender identity. The rule will go into effect on April 6, 2015 — 120 days after its publication by the Federal Register on Friday.

Following the submission of the proposed rule to the Office of Management and Budget for review in October, a Labor Department official told Metro Weekly that a public comment period was not required.

“In cases like this, where an agency only makes a change that an EO requires, agencies may publish final rules without notice and comment,” the official said at the time. “Its submission as a final rule is consistent with similar changes the department has made in response to executive orders in the past, such as the final rule the Bush Administration issued to implement the Executive Order that added a religious exemption to EO 11246.”

That was a sentiment echoed by Tico Almeida, president and founder of Freedom to Work, who accused Kline of playing politics.

“Kline represents a moderate district where majorities of voters support LGBT workplace protections, so this is clearly an example of Kline pandering to the extremist Tony Perkins element of the Republican base,” Almeida stated. “Kline is waging a war that is a real political loser for the Republican Party, and he’s on the wrong side of history.”

Congresswoman Marjorie Taylor Greene is defending George Santos, asserting that his critics hate him for being a gay Republican. 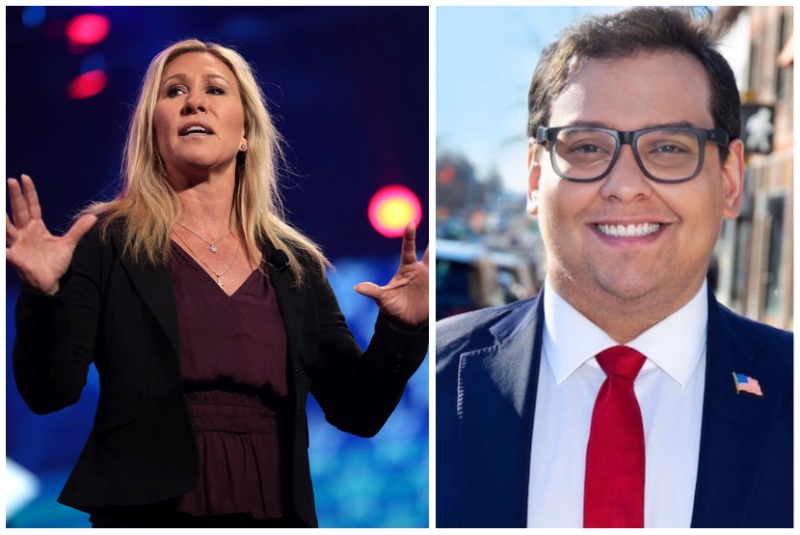 U.S. Rep. Marjorie Taylor Greene (R-Ga.) has come to the defense of embattled Congressman-elect George Santos (R-N.Y.), accusing his left-wing critics of hating the 34-year-old because he's a gay Republican.

Santos has come under scrutiny after admitting to the New York Post that he lied about or embellished parts of his résumé and biography when seeking the open 3rd Congressional District seat, which covers parts of Long Island and Queens.

Among his alleged fabrications were details of his work history, educational background, claims of having been a landlord despite not owning properties, claims of Jewish ancestry, and his links to tragedies like the Pulse nightclub massacre or the terrorist attacks of 9/11.