By John Riley on December 4, 2014 @JohnAndresRiley 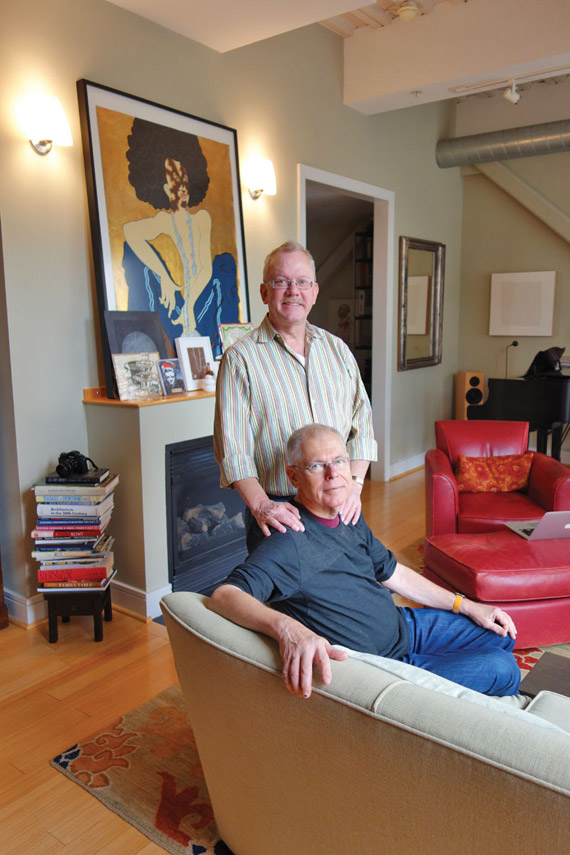 Above all else, Tim Christensen is praying for good weather this Sunday.

That’s the day Christensen, president of the Logan Circle Community Association, hopes to rope tourists, art enthusiasts, and history buffs in off the street and guide them through a number of properties being showcased as part of the 36th annual Logan Circle Holiday House Tour.

The December 7 tour, which serves as the sole fundraiser for the Logan Circle Community Association, the nonprofit organization that focuses on improving public safety and quality-of-life issues in the bustling, gentrified Logan Circle neighborhood, often owes its success to meteorological factors beyond its members’ control.

“When the weather’s good, we’ll have an excess of 1,000 people take the tour,” Christensen says.

With prices ranging from $30 for pre-ordered tickets and $35 for same-day ticket sales, that’s the equivalent of hitting the jackpot for a community association whose yearly operating budget is only $30,000 and that only charges its 650 members $25 in dues. 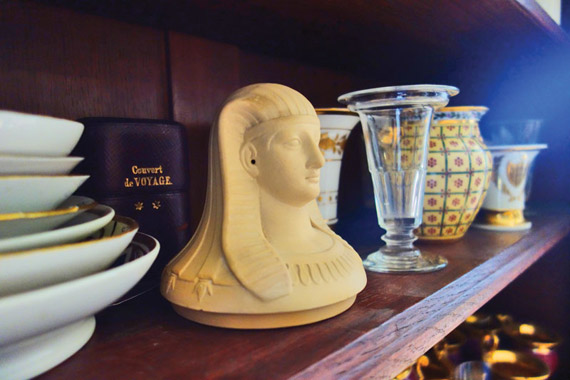 “If the weather’s lousy, we’ll lose all of our walk-ins,” he says. “Nobody’s going to come out in a snowstorm or a rainstorm if they haven’t already bought a ticket.”

Sitting in his 13th Street apartment with his husband, Walter Ochinko, Christensen says his organization has other ways to raise a little money, such as selling advertising for programs, or through the generosity of patrons and benefactors who wish to contribute to the association through tax-deductible donations. But nothing else is as profitable as the house tour.

“I think the tour was initially copied from Dupont Circle and Georgetown,” Christensen says. “But, over the years, the Logan Circle neighborhood has evolved incredibly, and been revitalized, and now a lot of people feel the Logan Circle House Tour is really the cutting-edge house tour in town.” 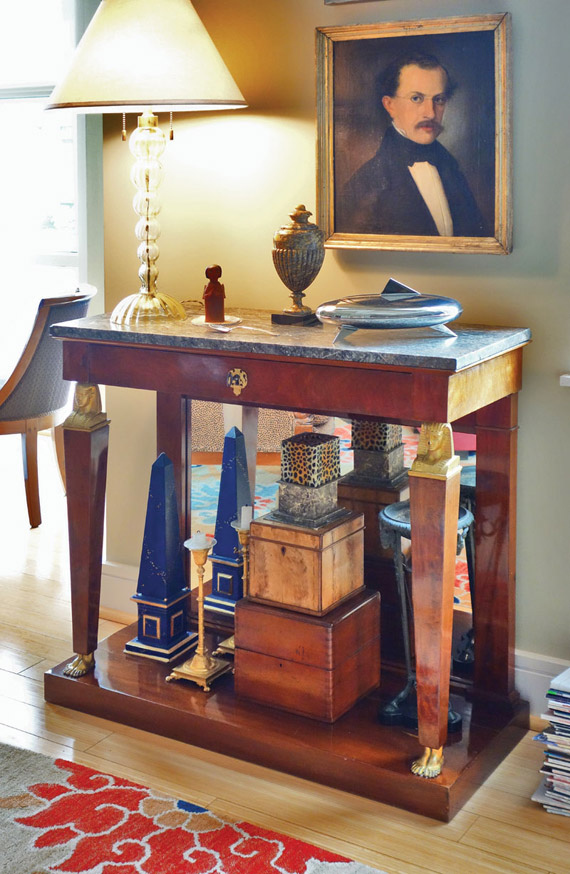 It’s that history, particularly centering around Logan’s decline in the mid-1970s, followed by its rebirth — courtesy of the efforts of groups like the Logan Circle Community Association (LCCA) — and eventual real estate boom, complete with recognition as one of the District’s “renaissance” neighborhoods, that sets the area apart from its contemporaries.

“In the mid-1970s, the place was a shambles, but people from outside the neighborhood were looking at these beautiful Victorian homes, even though they were all divided up into row houses and in ruins, and saw a lot of potential there, and slowly began to buy up and renovate those properties,” Christensen says.

To be selected for the tour, a house must meet certain criteria based on a combination of architecture, interior design, history, or art. Using his own apartment as an example, Christensen notes that although his building is relatively new — having opened in 2003 — his apartment contains a wide array of contemporary and antique furniture, as well as collections of various pieces and styles of art. 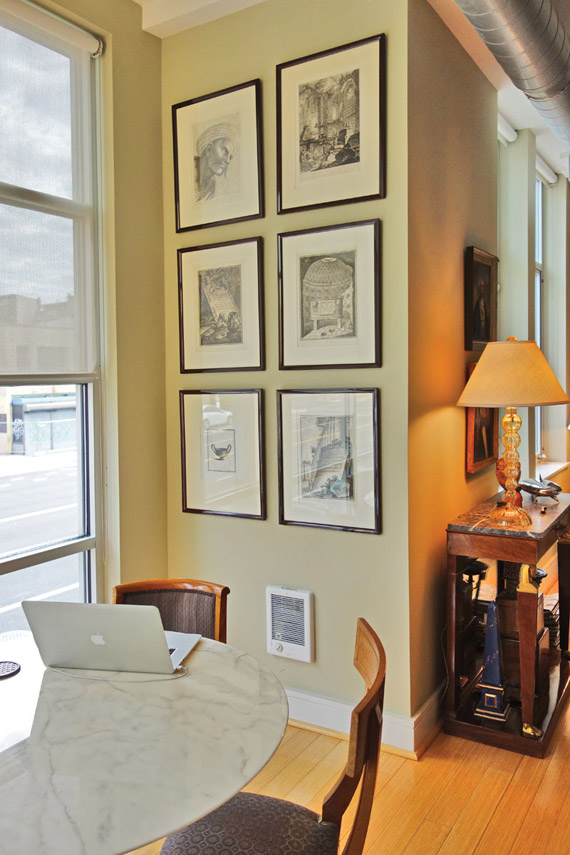 “We’re not loaded with mansions in Logan Circle,” Christensen says. “So it’s hard work putting together the collection of homes. As long as the homes meet our standards, we pretty much accept them. We try, if we can, not to have a home on the south part of 11th Street and another one at the corner of 16th and S, because that’s just a really, really long walk for people, and not everybody is 35 years old. We often have a lot of seniors who really enjoy doing the tour. But this year, our tour is pretty walkable.”

While the tour typically attracts a more wealthy and upscale crowd, some of whom are well-versed in architectural or artistic styles, the LCCA also advertises in area hotels, with people from as far away as Idaho dropping by during their visit to Washington. But even with out-of-towners showing up unexpectedly, the tour has been highly successful, providing viewers a glimpse of the owners’ ornate abodes while at the same time calming the nerves of some who may initially hesitate about flinging their front doors open for the public to see.

“One of the concerns that homeowners sometimes express is about the security of their possessions,” Christensen says. “I can tell you that in the 36 years we’ve had the tour, we’ve never had a single theft of anything, even though we carry a special rider in our insurance policy in case something like that ever happens.” 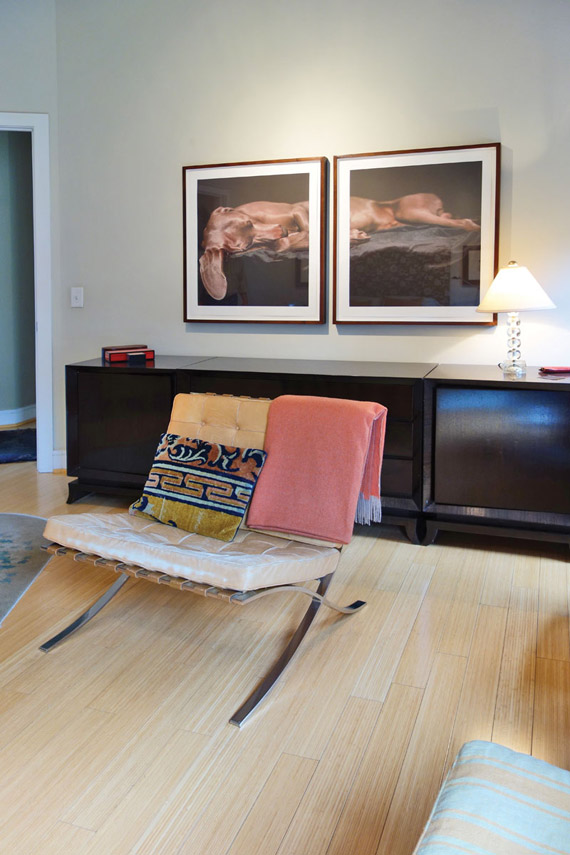 And just in case someone’s still on the fence, Christensen adds, there’s a sweet reward to entice tired trekkers to stick it out until the end of the tour: a Wassail Reception at Studio Theatre, where folks can come in from the cold and enjoy some food and a hot beverage.

“Studio very generously donates that space to us,” says Christensen. “It gives us a good epicenter for people to start and end the tour.”

The Logan Circle Holiday House Tour will take place this Sunday, Dec. 7, 2014 from 1 to 5 p.m. Tickets are $30 if purchased beforehand, and $35 if purchased on the day of the tour. For more information, or to purchase tickets, visit logancircle.org. 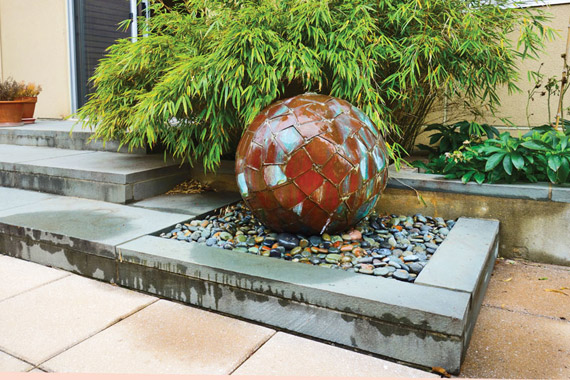 John Riley is the local news reporter for Metro Weekly. He can be reached at jriley@metroweekly.com
← Previous Story Shopping: 10,000 Villages
Next Story → Home Improvement