By John Riley on December 5, 2014 @JohnAndresRiley

Days after the D.C. Council unanimously passed the Conversion Therapy for Minors Prohibition Amendment Act banning licensed therapists and mental health practitioners from using conversion or “reparative” therapy to treat those under the age of 18, opponents of the bill are vowing to continue their fight against the measure, which is expected to be signed into law by Mayor Vincent Gray (D). The bill, sponsored by Councilmember Mary Cheh (D-Ward 3) does not prohibit adults from engaging in conversion therapy if they so choose. 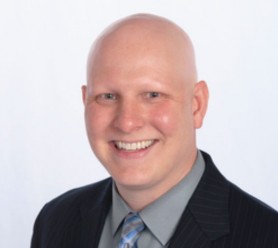 Christopher Doyle, a psychotherapist and the director of the International Healing Foundation, who previously testified against the bill at a hearing of the Council’s Committee on Health in June, blasted the Council for passing the bill against the evidence he and other ex-gays who sought treatment to combat same-sex attraction, as well as other organizations like the Family Research Council (FRC) who opposed the bill, had submitted during the hearings. IHF works with clients, many of whom do not identify as LGBT but want to combat their unwanted same-sex attraction or gender dysphoria through therapy.

“There has never been one reported case of abuse in D.C.,” Doyle told Metro Weekly regarding claims that therapy aimed at ending unwanted feelings of same-sex attraction are harmful. “We submitted a FOIA request with the D.C. government, and there were no cases.”

Doyle also criticized the Council for not listening to opponents’ testimony, noting that “over 10 people testified to having changed their sexual orientation, and the Council ignored that.” He also accused gay activists of trying to convince the public that having feelings of same-sex attraction is biological, despite a lack of scientific proof to back up such claims.

“This is simply a political agenda trying to force a belief on the public,” Doyle said of supporters of conversion therapy bans, such as the Human Rights Campaign (HRC) and the National Center for Lesbian Rights. “We have defeated 14 similar bills in other states just by pointing out these people are lying.”

Doyle also alleged that the Council’s actions in passing this bill will enable pedophiles, saying that there is a high correlation between those who experience homosexual attraction and having been sexually abused as a minor. According to Doyle, citing statistics from a study published in the academic journal Archives of Sexual Behavior, 46 percent of men with same-sex attraction had reported having been molested as children by a person of the same gender, versus a much smaller percentage of heterosexuals. Doyle explained further, saying that if abused children are taught that their sexual orientation has nothing to do with the trauma they experienced, it will result in fewer pedophiles being reported to authorities.

“I think it’s ironic that after HRC’s board member and co-founder was arrested for sexual abuse of a minor, HRC has pushed for this bill, which is only going to protect more pedophiles like Terry Bean,” Doyle said, referring to a prominent gay rights activist and Democratic fundraiser who has been accused of having sex with a minor. Bean has insisted he is innocent of the charges against him.

HRC pushed back against Doyle’s allegations.

“Mr. Doyle is so deeply indoctrinated in his anti-LGBT bias that he simply ignores the evidence against him,” HRC spokesman Stephen Peters told Metro Weekly in an email response. “So called ‘conversion therapy’ is a dangerous and repeatedly discredited practice based on the false claim that being LGBT is a mental illness that should be cured. Conversion therapy has been denounced by EVERY mainstream medical and mental health association, including the American Medical Association and American Psychological Association. No young LGBT person should be coerced and subjected to the harmful practices of Mr. Doyle and the dangerous pseudoscience he promotes.”

Doyle also vowed that the bill, if signed into law, would be challenged in the courts, because unlike California and New Jersey, D.C. has a Human Rights Act that covers former homosexuals, meaning the law will be overturned because it discriminates against “ex-gays.” He said he previously sought guidance from the D.C. Office of Human Rights (OHR), which confirmed that ex-gays are covered by the nondiscrimination provisions based on sexual orientation in the Human Rights Act.

Elliot Imse, director of policy and communications for OHR, confirmed Doyle’s interpretation of which classes of people are protected under the act. 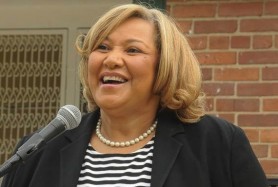 “We are fortunate that in the District of Columbia, individuals cannot be discriminated because of their sexual orientation or gender identity and expression,” Imse wrote in an email to Metro Weekly. “In 2009, the D.C. Superior Court ruled that those who identify as ex-gay are protected under the sexual orientation trait of the D.C. Human Rights Act, the District’s non-discrimination law. Therefore people who identify as ex-gay can file a complaint with our office if they believe they have been discriminated against while accessing housing, employment, a public accommodation or educational institution.”

Imse said OHR was never asked to testify on the conversion therapy prohibition bill, as it amended a medical bill and not the Human Rights Act. As such, OHR never took a position in favor or against the bill.

Councilmember Yvette Alexander (D-Ward 7), who chairs the Committee on Health that considered the conversion therapy measure, met with several members of ex-gay groups after the June hearing to hear their objections to the bill, seeking to allay their concerns and pointing out that therapists or counselors are not at risk of losing their license unless they practice the “divisive practices in question” on minors.

“I’m glad it passed,” Alexander said of the bill. “The practices in question are detrimental to young people. They need support. Therapy is one thing, but in terms of their sexuality, I don’t think you can change someone’s sexual orientation.”