Hundreds of social conservatives descended on Georgia’s Capitol Tuesday to express their support for Atlanta’s former fire chief as the state becomes the frontline in the ongoing debate over religious liberty and tolerance.

Former Atlanta Fire Chief Kelvin Cochran has been propped up as the poster child of liberal intolerance since his firing earlier this month, following controversy over anti-gay statements he made in a 2013 self-published book, Who Told You That You Are Naked?, which classifies homosexuality as a sexual perversion and compares it to beastiality and pederasty. Following a 30-day suspension during which an investigation was conducted by the city, Cochran was fired by Atlanta Mayor Kasim Reed on Jan. 6, sparking backlash from religious conservatives claiming Cochran’s constitutional rights had been violated.

According to Reed, the decision to fire Cochran came after an erosion in confidence in the former fire chief due to his actions and remarks during his suspension. “My decision has nothing to do with his religion and everything to do with his judgment and conduct as the leader of the Atlanta Fire Rescue Department and a member of my Cabinet,” Reed said in a statement. “Mr. Cochran ignored the City’s Ethics Code which establish a clear protocol which must be followed before a Commissioner may engage in private activity for pay. Mr. Cochran made numerous judgment decisions regarding the book that are unacceptable for a leader in City of Atlanta government: he sold the book without the requisite approval; he authored the book identifying himself as the Atlanta Fire Chief; he distributed the book at work, despite the fact that its content expressed opinions which are contrary to the City’s and my personal commitment to nondiscrimination; he exposed the City to potential litigation from employees; and he published the book without ever mentioning it to me. Mr. Cochran’s decisions as a City official, not his religion, resulted in his termination.”

The New York Times editorial board defended Reed’s firing of Cochran as well, arguing that, regardless that the investigation found no evidence Cochran discriminated in the workplace, “his position as a high-level public servant makes his remarks especially problematic, and requires that he be held to a different standard.”

But while Reed insisted Cochran’s religious views did not play a role in his termination, telling reporters, “Let’s stop trying to make this about religious freedom,” social conservatives, including national groups such as the Family Research Council and National Organization for Marriage, pounced. Cochran proclaimed that he was fired for “no reason other than my Christian faith,” and the Family Research Council mobilized a petition campaign, insisting that in Atlanta “[r]eligious liberty is dangling by a thread over a raging fire of government intolerance!” More than 30,000 signatures expressing support for Cochran were delivered to Reed’s office Tuesday. During a rally the same day, Cochran was joined by a number of religious leaders for a rally defending free speech in the rotunda of the Georgia Capitol.

Among those in attendance was Family Research Council President Tony Perkins, who drew parallels to the terrorist attack on a satirical magazine, Charlie Hebdo, in Paris last week. “Whether it’s a journalist in France satirically writing about religion or a fire chief in Atlanta, Georgia writing about the sacred teachings of his faith, the silencing of either is a threat to the freedoms of all,” Perkins said. “The naked truth is that the actions taken against the Chief are designed to send a message that will silence Christians and in effect force them to check their faith at the door of public service.”

According to The Atlanta Journal-Constitution, supporters of Cochran hope Tuesday’s rally will build support for a religious freedom bill introduced in the Georgia Legislature. The bill, which mirrors similar religious freedom bills that have popped up in states across the country as marriage equality has continued to spread, is opposed by LGBT groups who believe it could provide a license to discriminate. Georgia Equality has voiced opposition to the bill, which they argue would “allow people to discriminate against LGBT people because treating LGBT people equally would ‘burden” their religious beliefs.”

Despite those concerns, the firestorm of controversy over Cochran’s termination has increased the profile of the legislation. On Tuesday, Republican Gov. Nathan Deal voiced support for a version of the bill that would only apply to government agencies and not private businesses. “I personally do not think that the adoption of such a law would have the negative impacts that many people portrayed it would have,” Deal told The Atlanta Journal-Constitution. 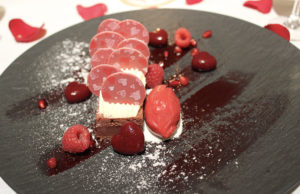 The debate over religious freedom laws has been been elevated to national levels over the past year, with the firing of Cochran only fueling it further. The U.S. Supreme Court’s July decision in the Hobby Lobby case, which found some religious employers can refuse to pay for insurance coverage of contraception under the federal Religious Freedom Restoration Act, increased the clash over religious liberty and LGBT rights. One day after the Supreme Court handed down the Hobby Lobby decision, Mississippi enacted a state Religious Freedom Restoration Act (RFRA), which seeks to ensure “that state action or an action by any person based on state action shall not burden a person’s right to the exercise of religion.” When the law was being considered by lawmakers, advocates argued the bill’s broad language would allow those burdens to include nondiscrimination laws. The bill mirrored a controversial measure approved by Arizona lawmakers and vetoed by Arizona Gov. Jan Brewer (R) last February following national attention. Such bills, introduced in Republican-dominated states, are part of a broader backlash to gains across the nation for marriage equality. Opponents of LGBT rights justify the move by pointing to states with marriage equality and existing nondiscrimination laws that encompass sexual orientation that have seen a growing number of conflicts, as in New Mexico, where the state’s highest court ruled a wedding photographer violated the state’s Human Rights Act by refusing service to a same-sex couple.

While Cochran has found social conservatives solidly in his corner, LGBT-rights groups have defended Atlanta’s besieged mayor. “The fact that Mayor Reed lost confidence in Kelvin Cochran’s ability to do his job is completely unsurprising, and his decision to terminate Cochran was right, fair and in the best interest of all Atlanta’s residents,” said Chad Griffin, president of the Human Rights Campaign, in a statement. “People of faith take their religious convictions with them to the workplace every day, but Cochran’s unprofessional and irresponsible conduct was completely unrelated to his personal convictions. Instead, his actions before and during the investigation left him unfit to serve, and if Mayor Reed had not taken action, it would have represented a severe failure in his duties as the city’s chief executive.” 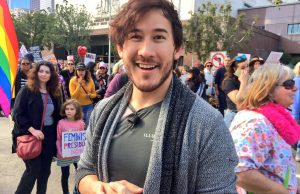 Reed, and Atlanta under his tenure as mayor, has regularly received high rankings for LGBT equality from HRC. Reed is also a member of the Mayors for the Freedom to Marry coalition.

“Radical anti-LGBT activists are mounting a campaign to transform Kelvin Cochran from an employee who exhibited extremely poor professional judgment into a martyr for the failing campaign to keep LGBT people as second-class citizens across this country,” added Griffin. “This is more than misleading, it completely ignores the facts of this case.”

But with losses by marriage-equality opponents growing, and national resolution from the Supreme Court perhaps finally within reach, a strategy focused on religious liberty and mounted by social conservatives appears likely to become ever more common.

“The fringe right is really overplaying its hand on the religious liberty front,” added Gregory T. Angelo, executive director of Log Cabin Republicans. “Log Cabin Republicans has always included religious liberty considerations in all of our pro-equality lobbying, but our definition of ‘religious liberty’ is apparently far different from those on the fringe right who are seeking a special privilege to discriminate and cloaking it in a cross. That’s not the Jesus Christ I know. This is a cynical political strategy employed by individuals determined to oppose LGBT equality until the bitter end.”