Chevrolet brought two forward-thinking vehicles to Detroit this year: the next iteration of its Volt EV, and an all-new concept EV called the Bolt. 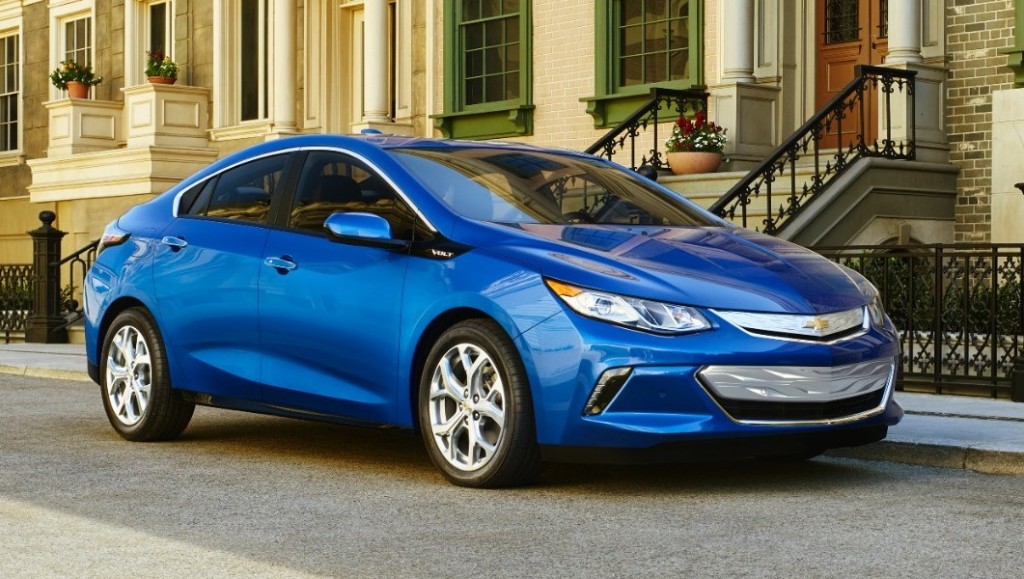 One the surface, the 2016 Volt represents a minor improvement over the outgoing model, more a refresh than a complete overhaul. The range-extending EV, which uses a small gas engine to charge its battery when depleted, increases its electric-only range from 38 to 50 miles, and obtain 102 MPGe compared with the old Volt’s 98 MPGe, though the Volt’s battery and engine are both new. The former increases its rating to 18.4-kWh, while the latter is a new, 1.5 liter four-cylinder engine, up from the old car’s 1.4 liter unit, which Chevy claims will offer more power with less noise. 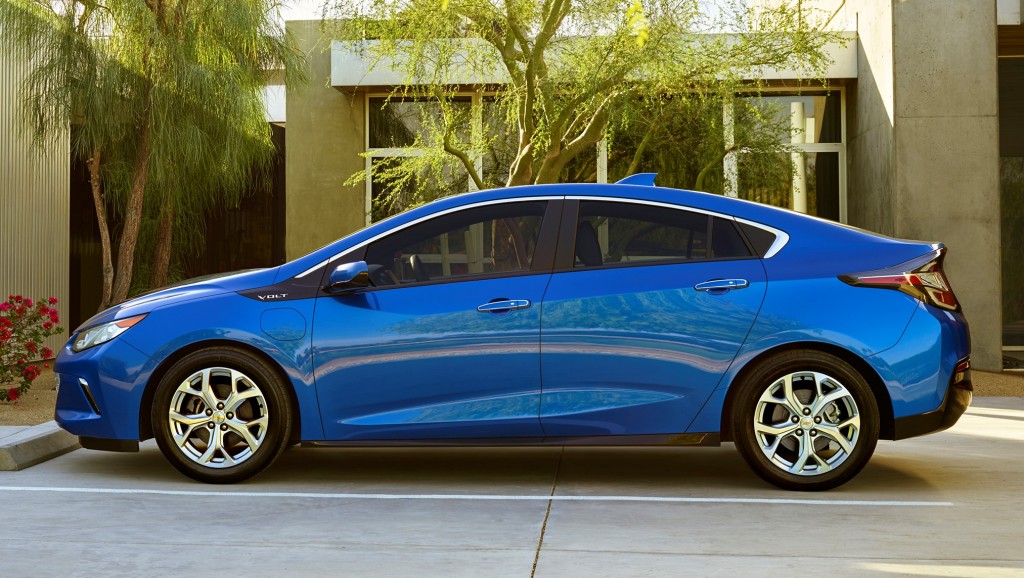 Outside, the Volt’s stylish face has been given a subtle tweaking, somewhat dulling the old car’s good looks, while inside there are customer-driven improvements such as better driving characteristics, better refinement, a better storage compartment for the charging cable, and a new regenerative braking system with better braking feel and adjustable levels. 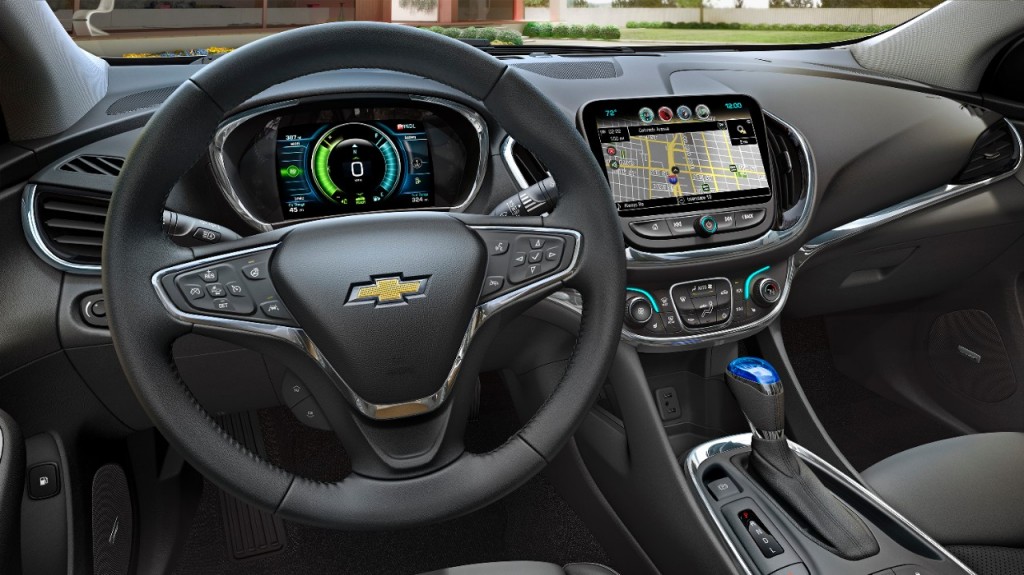 Indeed, while the Volt looks less futuristic than it previously did, Chevrolet is making a conscious effort to appeal to more consumers — its interior may be less touch-focused than old, but it’s much more usable, while there’s now five seats as opposed to the previous model’s four. If you like the look of the new Volt, the fuel-sipping car hits showrooms in the second half of 2015. 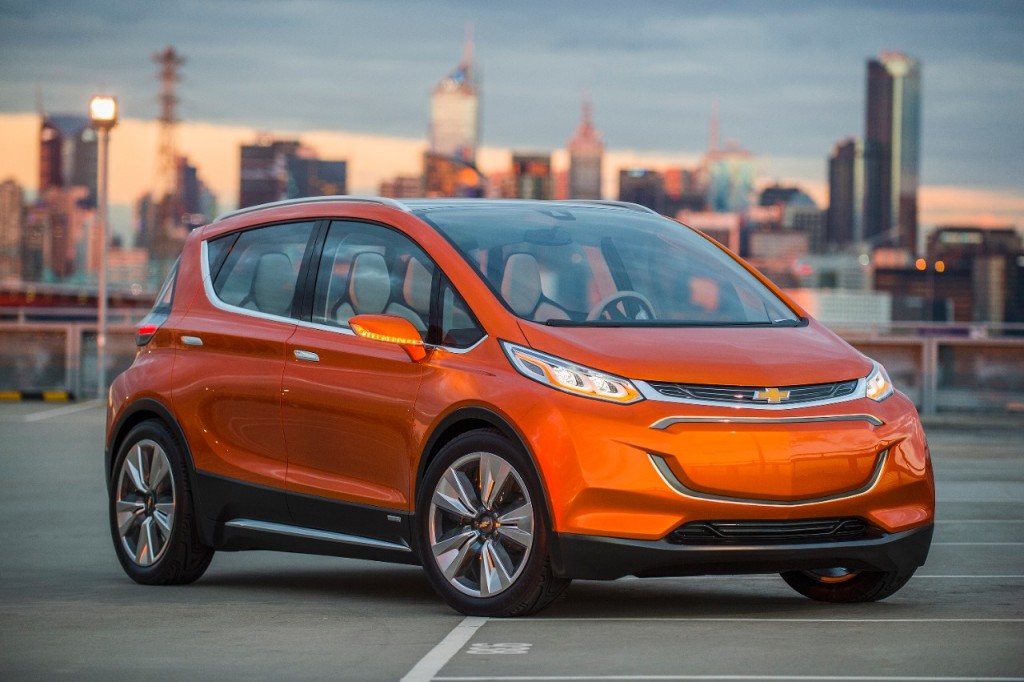 However, it’s hardly the most forward-thinking of vehicles, as impressive as its range-extending motor may be. General Motors is clearly aware that 50 miles of electric range isn’t the best, which is why they’ve introduced the Chevrolet Bolt concept in Detroit — capable of travelling 200 miles on battery-power alone. Sure, Tesla may have the EV market cornered with the 250+ mile range in its Model S sedan, but that car starts at $70,000. 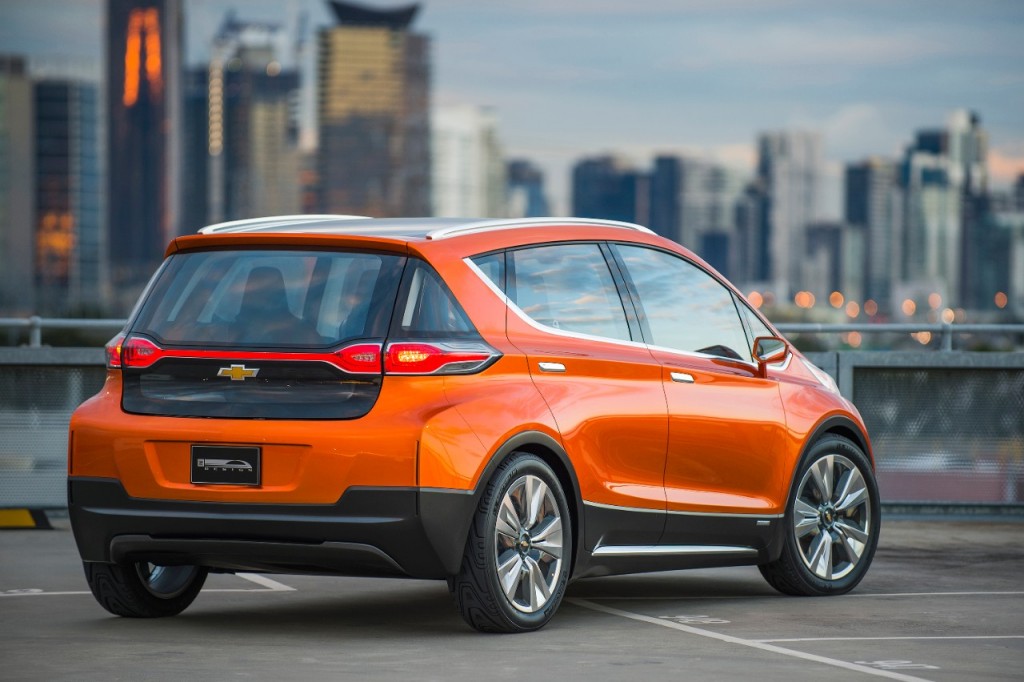 Chevy’s Bolt EV envisions a production model that costs just $30,000. Its design is heavily-inspired by Chevy’s compact models, with minimal overhangs and a spacious greenhouse. Inside you’ll find an interior that wouldn’t look out of place in a future version of the Chevy Sonic — save for the Volt-inspired digital instrument cluster. Unlike the Model S, Chevrolet were going for attainability, not exclusivity, and the Bolt’s envisioned price is intended to reflect that. 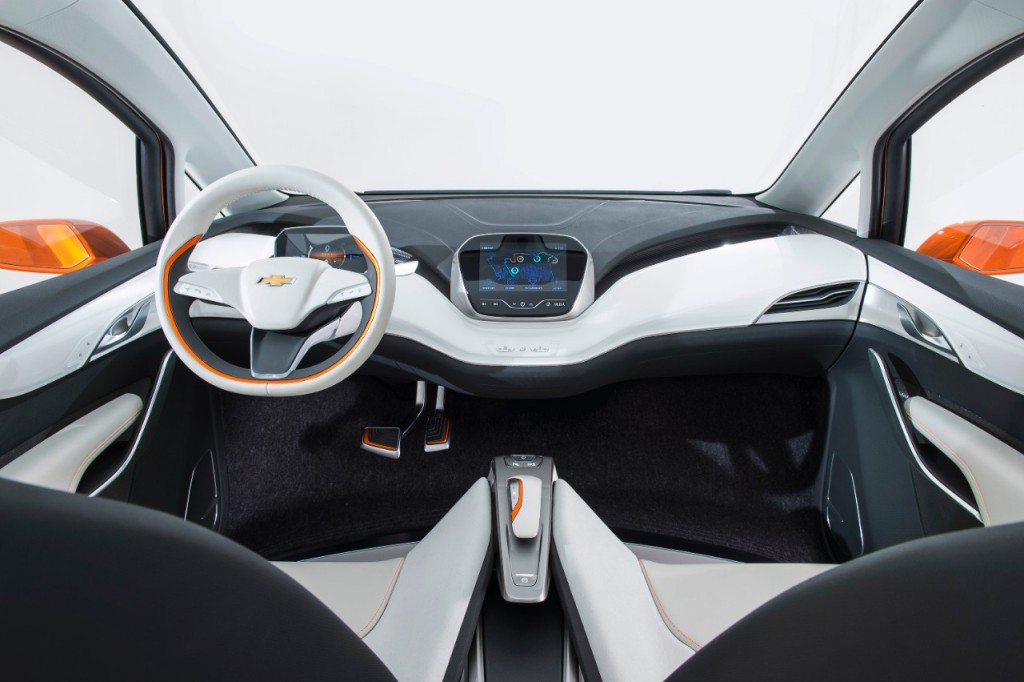 That’s not to say it’s lacking in the futuristic hallmarks of a concept, though. Via a smartphone app, it’s possible to unlock the car, tell the Bolt to park and retrieve itself, offer ride-sharing to other users with payment options built into the app, as well as connect with the car’s 10-inch display to access all of the content stored on the phone. There’s no indication of any future production model — this is purely a design concept — but it showcases General Motor’s intent to get serious on electric vehicles in the future.