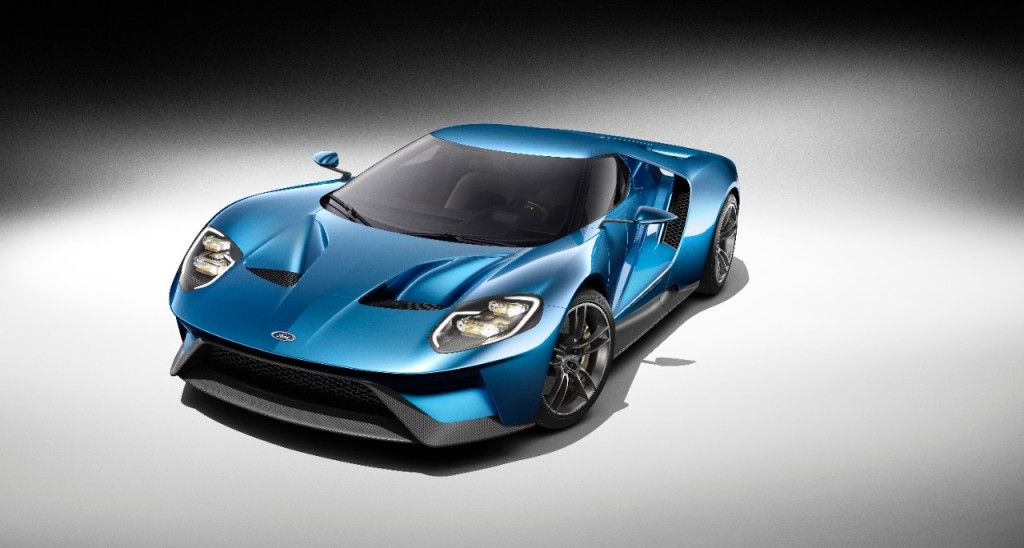 Let’s cut right to the chase: this is not your father’s GT40. Unlike the mid-’00s retro-inspired Ford GT, which brought V8 muscle and a ’60s aesthetic to the supercar party, this GT — which enters production in 2016 — is thoroughly modern. 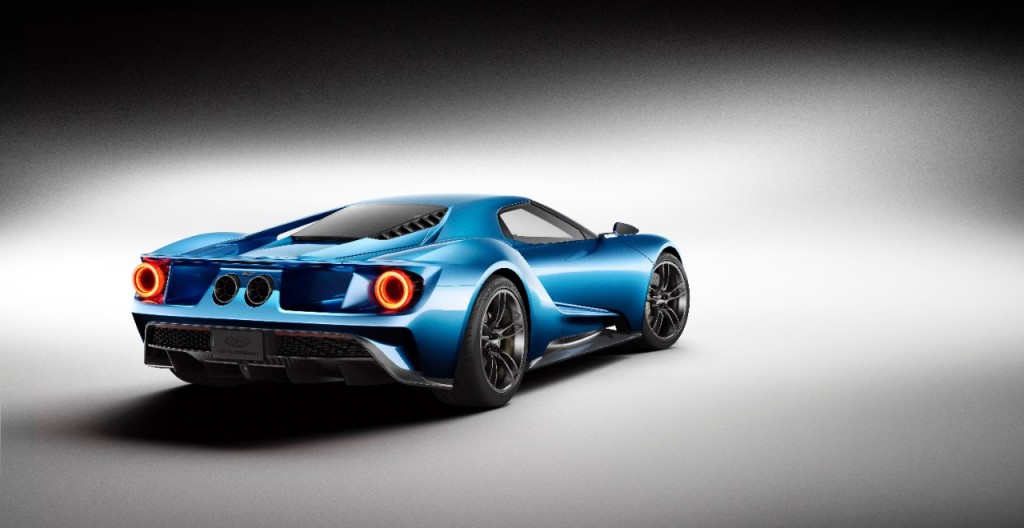 That aggressively sliced, aerodynamic bodywork is crafted from carbon fiber and aluminum to save weight. Gone are the eight-cylinders of old, replaced with Ford’s twin-turbocharged EcoBoost V6 — and before you balk at that fact, the engine shoves more than 600 horsepower to the GT’s rear-wheels, and has “one of the best power-to-weight ratios of any production car,” according to Ford. The engine, Ford’s most powerful EcoBoost engine ever, is mated to a seven-speed, dual-clutch gearbox for slick, fast gear changes. Under the chassis, an active racing-style torsion bar and pushrod suspension with adjustable ride height ensure the GT is equipped to tackle the best supercars from Europe and Japan, while 20-inch wheels with super-grippy, specially-designed Michelin rubber will help keep you stuck to the pavement. As for stopping all of that power? Carbon-ceramic brakes are fitted to each wheel to stop any embarrassing accidents from occurring. 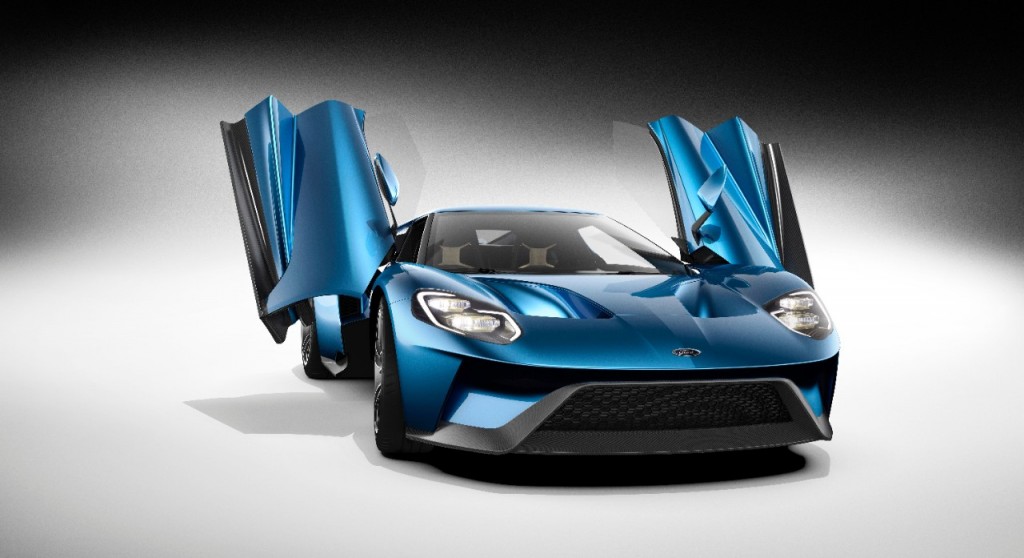 Inside the GT’s cabin, accessed through upward-swinging “scissor” doors, an F1-style steering wheel offers numerous driver aids and controls within easy reach, while a fully-configurable, digital instrument cluster ensures that only the required information is shown as you tackle a mountain pass or rocket down the highway. The emphasis on modernity and technology, in favor of the old GT’s rather more mechanical roots, is to help customers “benefit from the ultimate performance Ford and its new-generation innovations,” according to Ford. 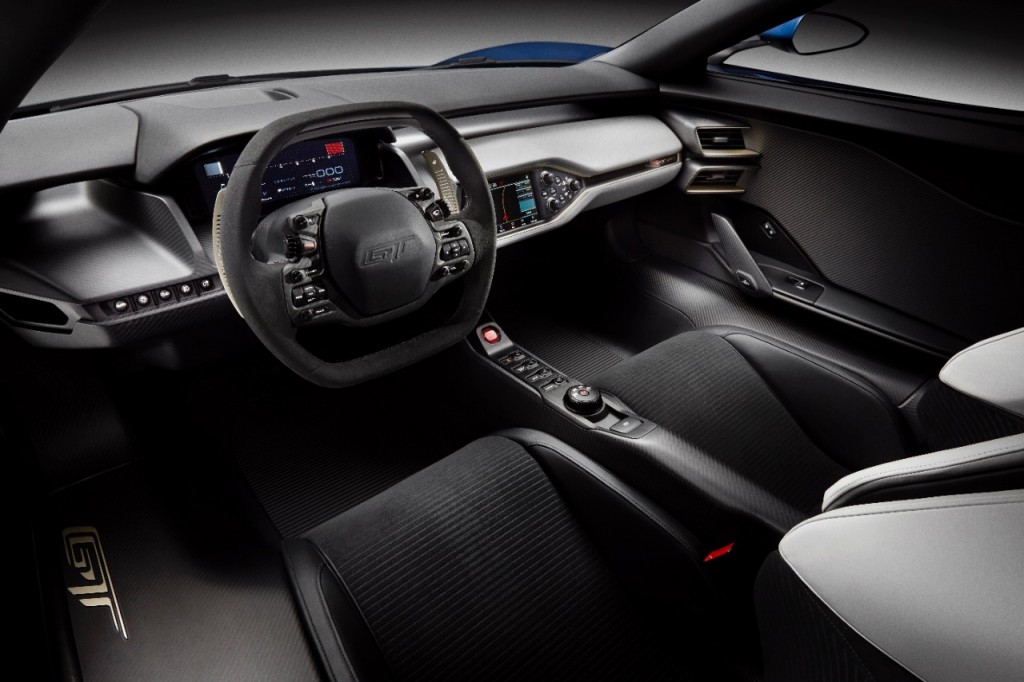 Indeed, Ford claims that the new GT, which will enter production in 2016, was crafted to “make people’s hearts pound.” Mission accomplished.